It takes time for weapons and equipment to be developed from scientific research to military use, Yang said at a monthly press briefing.

"Right now, China is working on scientific testing and training exercises for the aircraft carrier platform and other new weapons according to the schedule. The follow-up work will be carried out according to the progress of the activities," he said. 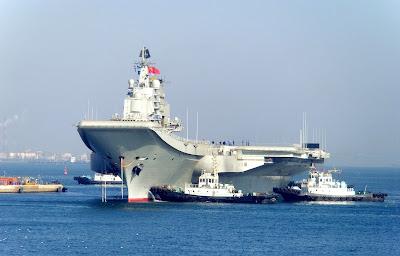 Posted by Coatepeque at 7:00 PM