Cheap PR release of the day:China says willing to help Iraq in any way it can

(Reuters) - China said on Friday that it was watching security developments in Iraq closely after Islamist fighters captured two more towns in a sweep south, and offered the government in Baghdad whatever help it can give.

China is the top foreign player in Iraq's oilfields, which are the largest in the Middle East open to foreign investment, and has a natural interest in the country's stability.

"China is paying close attention to the recent security situation in Iraq and we support the Iraqi government's efforts to maintain domestic security and stability. We hope that Iraq can return to stability, safety and normality as early as possible," Foreign Ministry spokeswoman Hua Chunying said.

"For a long time, China has been giving Iraq a large amount of all sorts of aid and is willing to give whatever help it is able to," she told a daily news briefing without elaborating.

China had asked Iraq's government to ensure the safety of Chinese people in the country, Hua said, though she did not say if any there had been any effect on China's oil interests in the country.

State-run China National Petroleum Corporation (CNPC), China's biggest oil and gas producer, has three projects in Iraq, in the south and southeast of the country.

Photos of PAP drinking their milkshake near a Chinese oil field in Iraq.

Do you think the Chinese government should express their gratitude to the Bush administration for making the world safe for democracy? 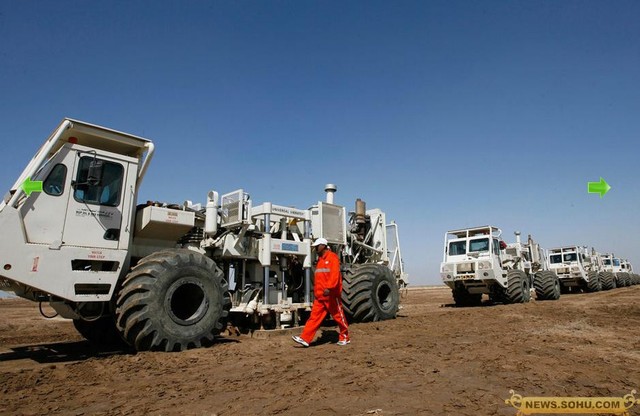 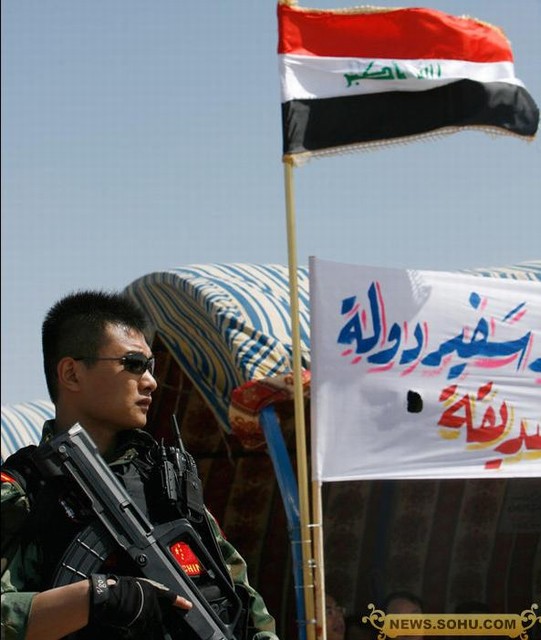 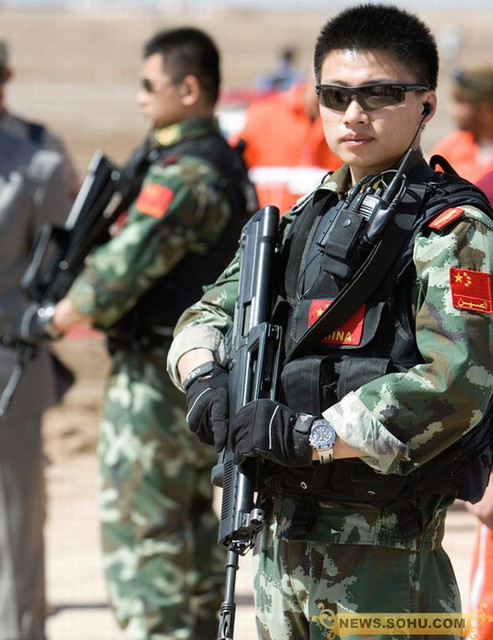 CNPC will operate Ahdab under a contract, initially signed under Saddam, which the Iraqi government renegotiated last year to gain better terms by changing it from the production-sharing agreement reached in 1997 to a set-fee service deal.

Shahristani pushed the button on a seismic survey of the field and said the project, worth $3 billion, would begin drilling four appraisal wells "within months."

"The majority of oil extracted here will be used for export in order to add revenues to the budget," he said, adding part of Ahdab's oil would help fuel a nearby power station.

Zhi Yulin, CNPC's top official in Iraq, said the deal would include a total of 138 wells and that drilling rigs would reach the field in two weeks.

The project, while modest in terms of total output, is a milestone for Iraq as it seeks to reinvigorate its oil sector, which offers vast potential but is hindered by the effects of years of sanctions, underinvestment and war.

It hopes that, as violence recedes in most parts of Iraq, foreign investors will set aside security concerns and will be drawn by the world's third-largest proven oil reserves.

Some industry officials have complained about the terms offered by the government, which wants service contracts rather than the production-sharing deals oil companies prefer.

Iraqi oil production now stands at 2.4 million barrels per day, below levels before the U.S.-led invasion, but Shahristani hopes to increase it to a long-term goal of 6 million bpd.

Exports, which have been slowed by technical problems, are now lower than the post-invasion peak of 2 million bpd last May.

Iraq needs to boost exports more than ever to make up for the slump in oil prices that has clouded its budget outlook. Iraq relies on oil for more than 95 percent of state revenues.

CNPC, which is the parent company of PetroChina, began construction at Ahdab in January. No drilling has started "I have assured (CNPC) that if they are able to accelerate execution of this project, we will give them the chance to participate in developing other oilfields," Shahristani said.

The CNPC official said that, despite continued violence in Iraq, the company was pursuing other oil deals in Iraq.

"Security is quite challenging for us, but we see more opportunities than challenges here in Iraq," he said.

In addition to the Ahdab deal, the government has also negotiated a natural gas deal with Royal Dutch Shell. (Writing by Missy Ryan; Editing by James Jukwey)

Posted by Coatepeque at 1:01 PM