Communist Propaganda of the day: J-15, whether heavy bomber or fighter

With 3.18 trillion US dollars in foreign exchange reserve, you would think the Chinese government could afford to hire a decent editor for its English edition of the People Daily!

Joking aside, it seems that they finally acknowledge the official designation for that "Independently developed" carrier bird.

Devastating power of China's J-15 ranks high in the world

The J-15, a heavy bomber independently developed by China, has the features of excellent carrier-based aircraft, but it still needs time for the aircraft carrier, the Liaoning, to become combat effective, a military expert disclosed in an interview recently.

The carrier-based aircraft refers to any naval planes based on an aircraft carrier or other warships, which is used to attack targets in the air, on and under the water and on ground and execute tasks of early warning, scouting, patrolling, convoying, mine-laying, mine clearance and vertical landing. It is used as one of the main weapons of naval air forces in battles and an important force to seize and maintain air and sea controls on the maritime battlefield.

It has also become the focus of attention of the outside world that whether the repeated "touch and go landing" in recent days means that J-15 will be delivered soon. To this question, Chinese naval expert Li Jie said as it is the first time for China to carry out taking off and landing training of a carrier-based aircraft, it still needs much time for J-15 to be delivered.

In addition, the external world also paid special attention to the performance of J-15. An expert revealed that J-15 is a fighter plane of or above the third generation. It has superior combat performance and characteristics of excellent carrier-based aircraft.

Du Wenlong, senior colonel and researcher of Chinese Academy of Military Sciences, told the reporter in an interview, "First, it is a heavy-duty carrier-based aircraft, which means that it has larger flying range and bigger bombs and fuel load, and its control range and devastating power rank high in the world. In addition, from the basic equipment of the heavy-duty carrier-based aircraft, the J-15 is compatible with various kinds of ammunition and has any functions a standard foreign carrier-based aircraft owns. The J-15 aircraft is able to accurately and efficiently run on the aircraft carrier and is also an important sign of integrated sea-air combat force of Chinese navy until now." 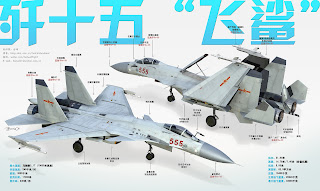 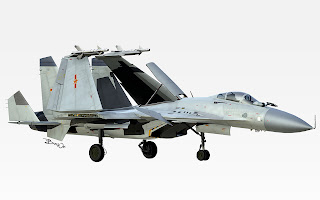 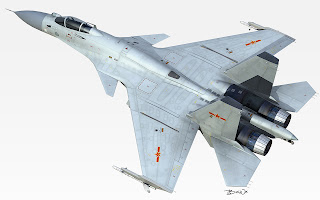 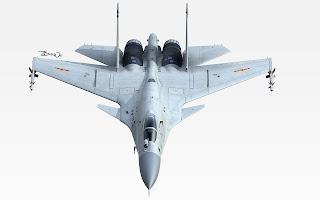