Photos of the day: Maiden flight of the J-31

As a side note, the J-31 was chased by a pair of J-11BS during its maiden flight

China's second stealth fighter made its maiden flight on Wednesday, with experts hailing this as a milestone for the country's military aviation industry, especially in design and manufacturing.

Coinciding with its provisional designation J-31 and serial number 31001, the fighter took off at 10:32 am on Wednesday and landed 11 minutes later on the runway of the Shenyang Aircraft Corporation (SAC), Liaoning Province, one witness told the Global Times.

Major military news websites such as the Netease and mil.huanqiu.com immediately confirmed the maiden flight after witnesses uploaded photos and described the event on defense forums.

Compared with the heavy fighter J-20, the J-31 is a middle sized fighter using Russian middle-thrust engines, although it will later be equipped with Chinese-made WS-13 engines, UK-based Combat Aircraft Monthly has reported.

"Just like the US F-22 and F-35 fifth-generation fighters, the J-20 and J-31 will complement each other during future operations," Bai Wei, former deputy editor of the Aviation World weekly, told the Global Times.

"The J-31 is almost certainly designed with the intention to have the potential of operating on aircraft carriers, judging from its enhanced double-wheel nose landing gear and two big tail wings, which help increase vertical stability," Bai said. He added the J-31 might replace or supplement China's first land-based fighter, the J-15, which was also developed by SAC.

The spokesman of the Aviation Industry Corporation of China (AVIC) could not be reached for comment yesterday.

But according to its official website, Lin Zuoming, president of AVIC, and Li Yuhai, its vice general manager, arrived at the SAC facility on Tuesday, inspected the aircraft development center and thanked the staff for their "important contributions."

Similarly to the Chengdu J-20 stealth fighter, the Shenyang J-31 was first revealed to coincide with a visit of the US Defense Secretary in mid-September.

The two stealth fighters have made China, after the US, the second country to develop two fifth-generation fighters. "China needs both heavy fighters and cheaper, smaller ones to defend its vast airspace," said Bai, adding that the J-31 might also aim for export market.

"It is encouraging that AVIC developed the two fighters simultaneously. There was a nine-year gap between the maiden flights of the American F-22 and F-35," he added.

Bill Sweetman, editor for the US-based Aviation Week magazine, wrote on his blog that the J-31 is a JSF (F-35) without the constraints imposed by the requirements of the F-35's Short Take-Off and Vertical Landing (STOVL) variant, which effectively limited the weapon bay volume and shape of all F-35 models.

"It looks as if the engines are to the rear of the bulkhead that carries the main landing gear…the designers have been able to install long weapon bays," he commented on the J-31.

"If you ever wondered what a JSF (F-35) might look without those constraints, we now have a live, physical example. Unfortunately…it is Chinese," Sweetman wrote. 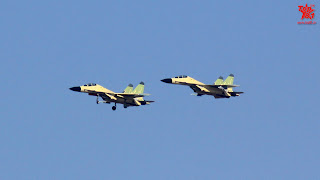 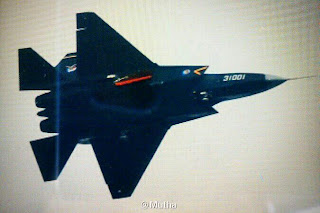 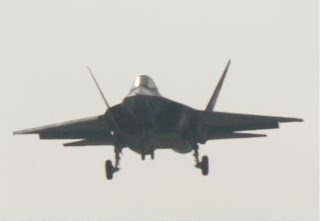 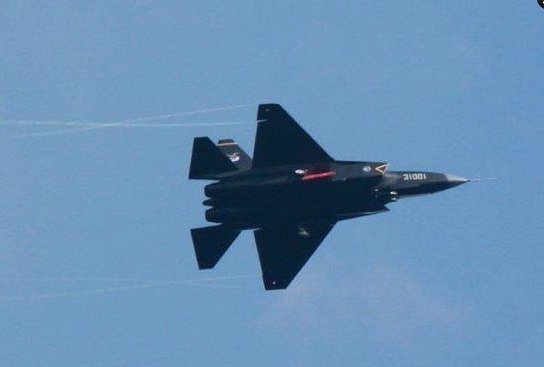 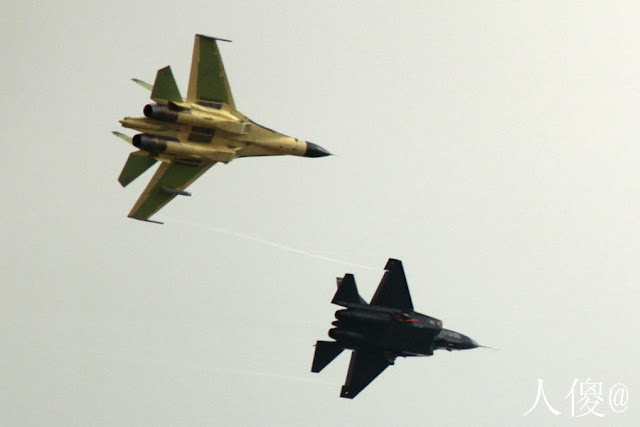 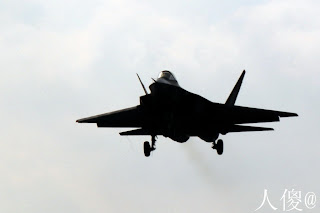 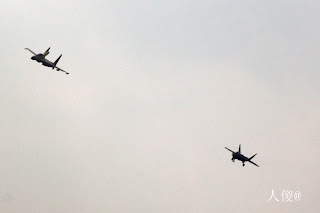 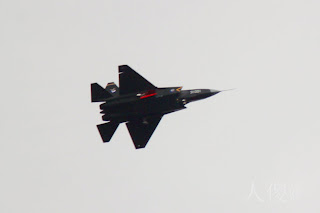 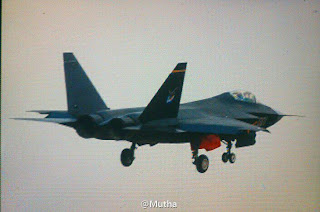 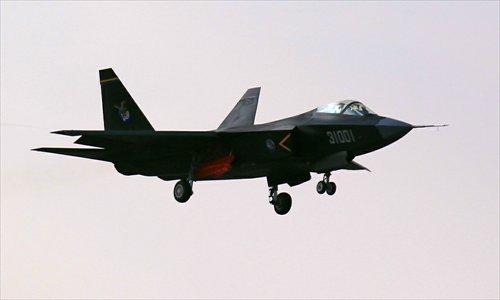 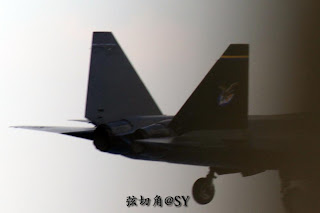 Posted by Coatepeque at 5:58 PM