The PLAAF Regiments are ....

More than 100 top pilots from 14 aviation brigades/regiments of the Air Force of the Chinese People’s Liberation Army (PLA) piloted their fighters to conduct a fierce “air-combat” from November 19 to 30, 2012, at an experimental training base of the PLA Air Force in northwest China, which is the largest confrontation air-combat testing assessment of the PLA Air Force in recent years. (China Military Online/Niu Xinya, Yang Zhanglin and Yu Hongchun) 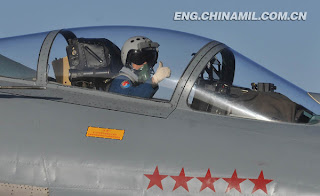 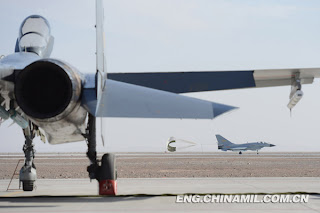 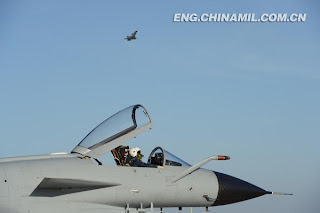 What are the red stars in the first photo about? Shooting down their own planes?