With a maximum takeoff weight of 200 tonnes, the Y-20 is ideal for transporting cargo and personnel over long distances in diverse weather conditions.

The Air Force needs more and better transport to better fulfill its military responsibilities, including safeguarding national security as well as domestic and international rescue and relief work, Shen added.

The Air Force has provided aid and delivered relief supplies to Pakistan, Mongolia, Thailand, Nepal and other countries as they were hit by disasters in recent years.

The indigenously designed and developed Y-20 took its maiden flight in January 2013, and made its debut at the 10th China International Aviation and Aerospace Exhibition in November 2014. 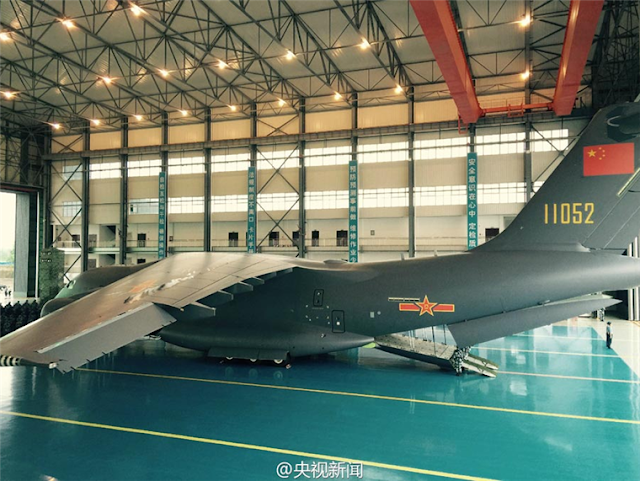 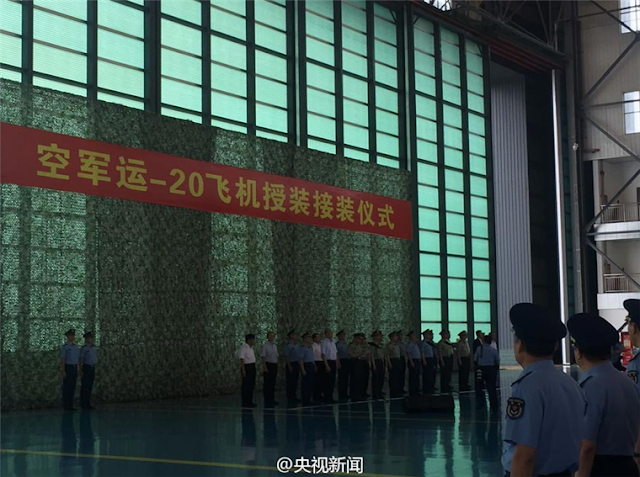 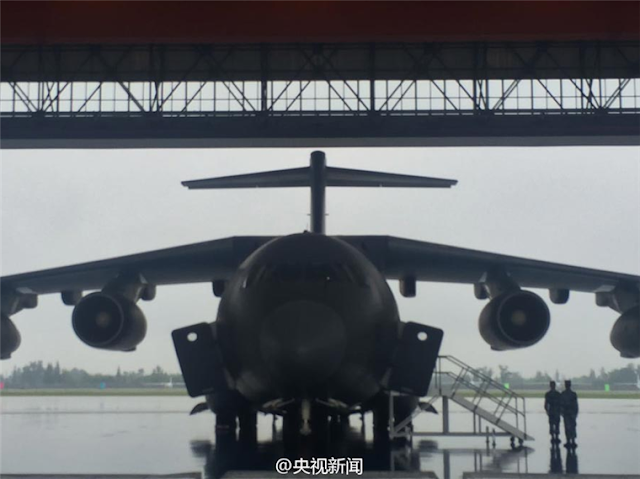 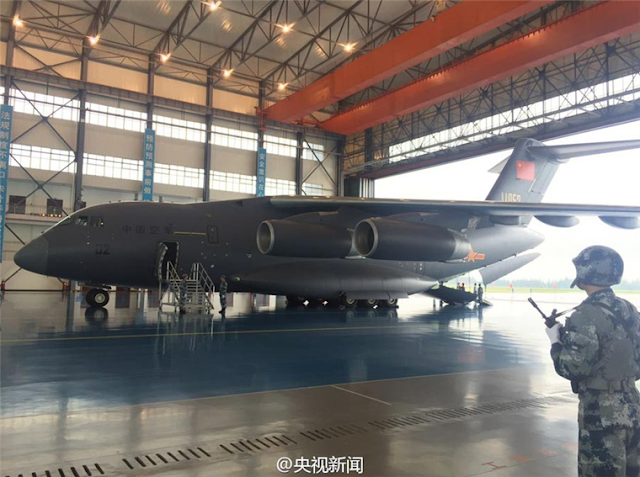 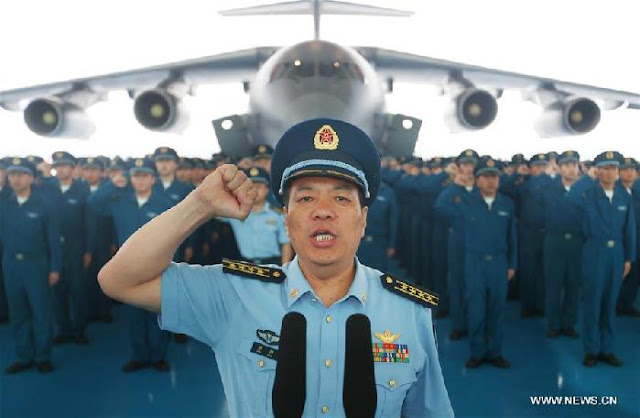 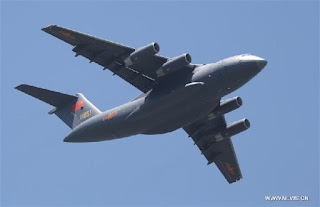 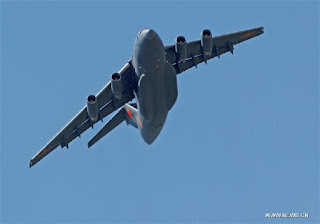 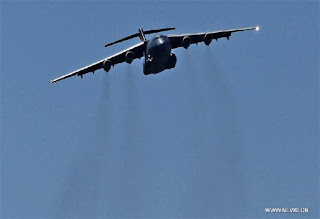 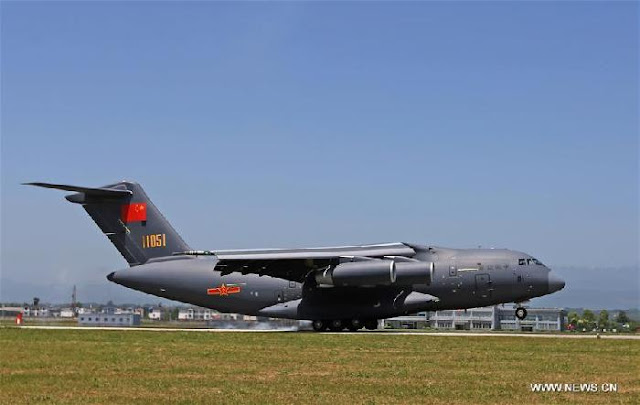 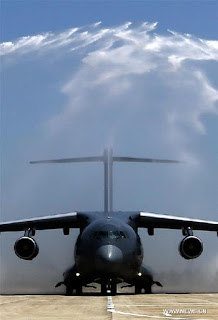 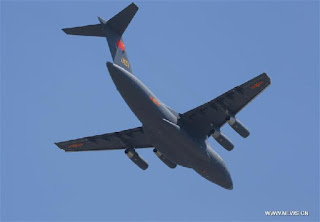 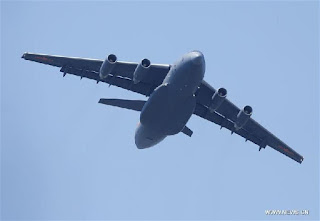 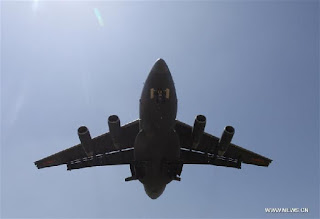 Posted by Coatepeque at 9:31 PM