According to Broadcasting Corporation of China's weibo,  the Xinjiang Army Aviation Brigade (3rd PLAAV brigade) will be the second operator of the new Z-18A medium transport helicopter. 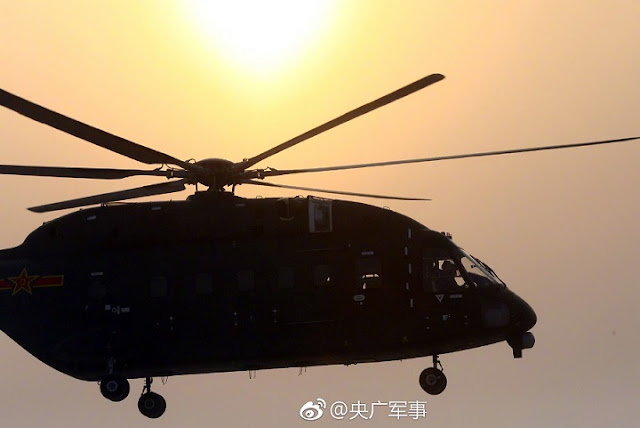 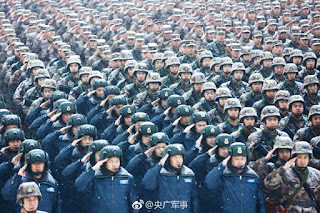 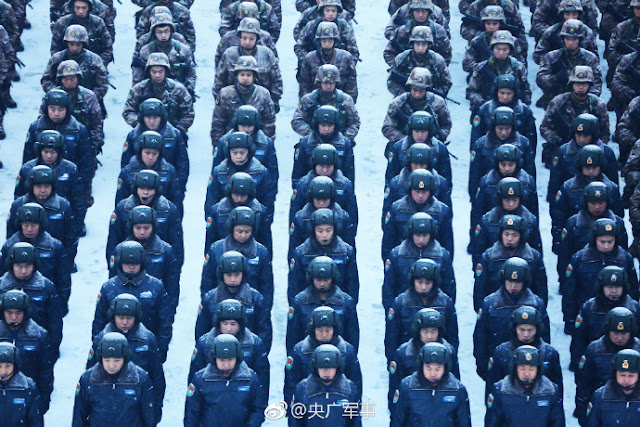 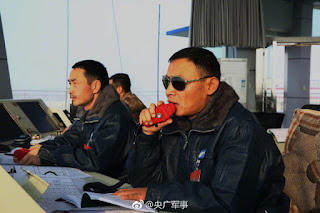 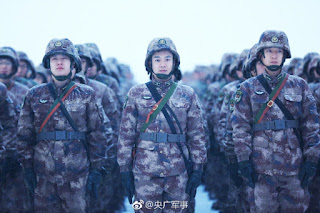 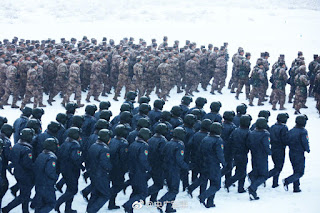 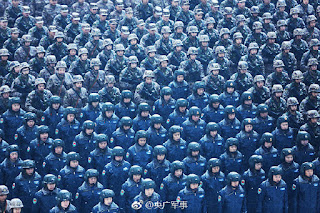 The Z-18 medium transport helicopter has been in service with the PLA Naval Aviation on-board of the aircraft carrier Liaoning, it has become the go-to helicopter platform for specialized missions ranging from airborne early warning (AEW), VIP transport, to anti-submarine warfare (ASW) since.   After four years of extensive testing, the PLA Army Aviation (PLAAV or PLALH in Chinese) finally inducts her own Z-18A - army transport variant - into the 161st Air-Assault Brigade today.


The Z-18 project started as Z-8F-100, a modernized variant of the Z-8 workhorse that has been in service since the early 1980s.  The Z-18A has three more powerful WZ-6C turboshaft engines, enjoys extensive injection of composite materials and a new 'glass' cockpit for its two pilots.  It can accommodate 27 fully armed troops or 15 medical stretchers to a range of 8000 to 10,000 KM.  The army A variant features a terrain following radar and EO turret but missing the rear-wheel pontoons of its naval counterpart.


The 161st Air-Assault Brigade currently has 34 imported Mi17 and some Z-8B in its transport battalion.  It is unclear if the new pair of Z-18A will become the backbone of a new transport battalion or simply become members of the existing one. 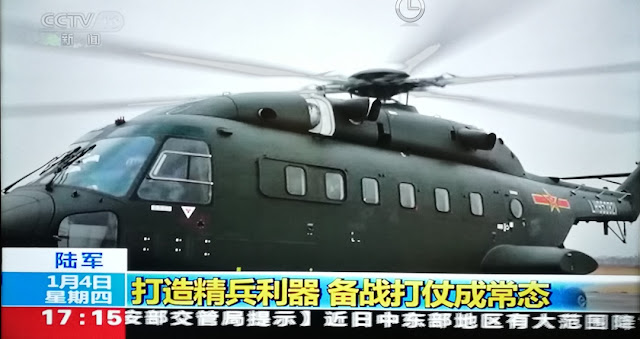 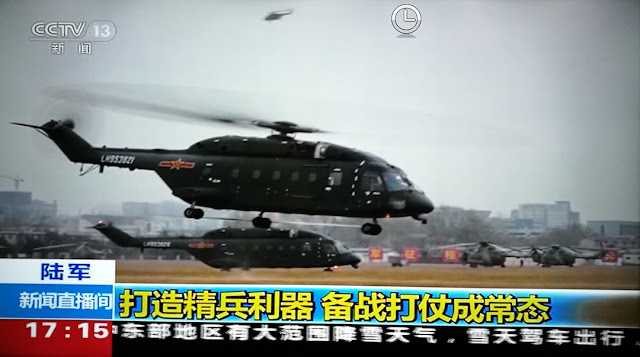 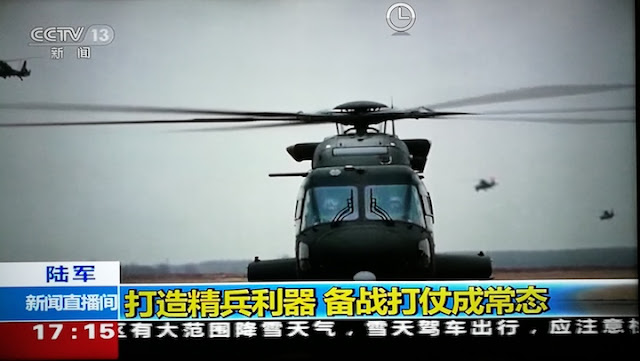 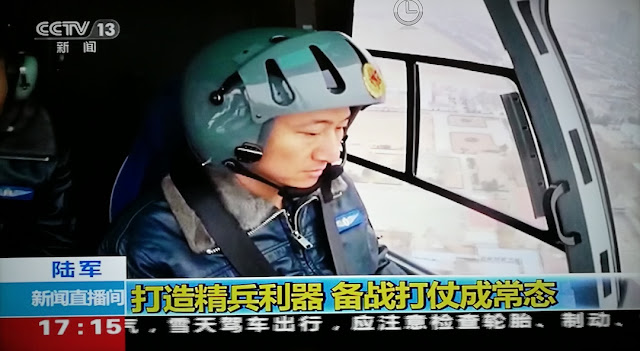 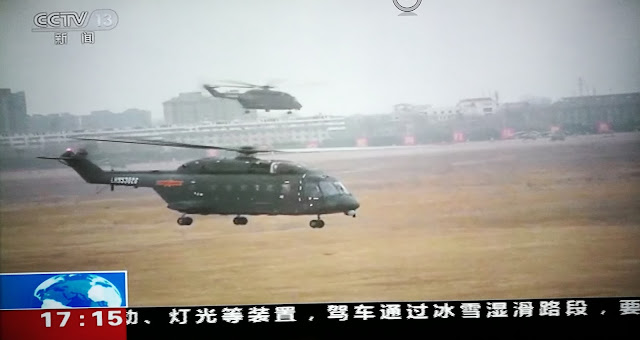 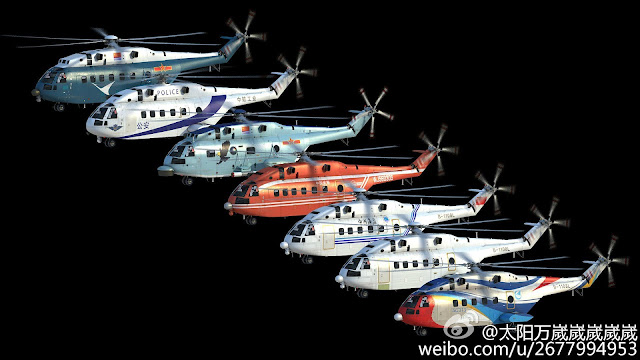 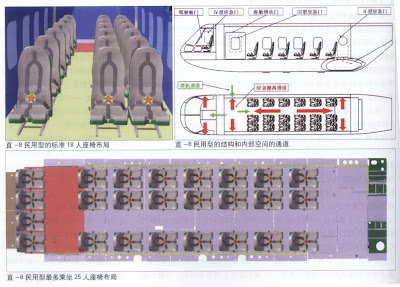 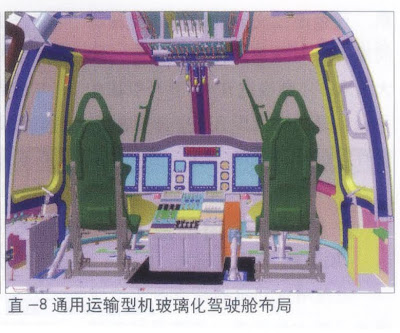 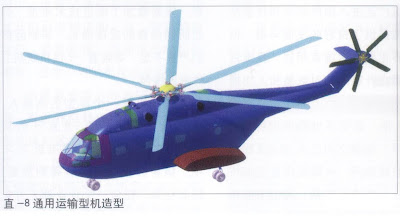 
There is nothing to get excited about with the “new” AC313. It's a Z-8 wearing "white rabbit" makeup.

Designed and manufactured by Aviation Industry Corporation of China (AVIC), the AC313 has a maximum takeoff weight of 13.8 tons and can carry 27 passengers or in the case of rescue efforts, 15 wounded. This aircraft is the country's first domestically developed large helicopter for civilian use.

The helicopter adopts the latest advanced technology, and is developed in line with international standards and certification procedures, signaling a significant breakthrough in the history in the development of civilian helicopters in China.

The aircraft is equipped with advanced turbo-shafts, a high-power drive system, a ball-bearing composite rotor system, and an integrated avionics system. The interior has a large cabin capacity, strong carrying and hanging facilities, and highly adaptable to a wide range of situations after modification.

The AC313 has a variety of uses, including search and rescue, fighting forest fires, assisting in fighting fires within cities, and passenger and freight transport.

Also, the security system of the AC313 is upgraded, and its maintenance, economically efficiency, and traveling comfort are all superior, and it can work well in hot or cold temperatures, or in complex terrain such as mountain areas and oceans.

Zhang Hongbiao, director of the technology department of the AVIC, disclosed recently that the company is preparing to develop its own civilian helicopters with a loading capacity ranging from 20 tons to 30 tons. AVIC has also established a panel to discuss civilian helicopter projects, including the amount of investment and the scale of the project. 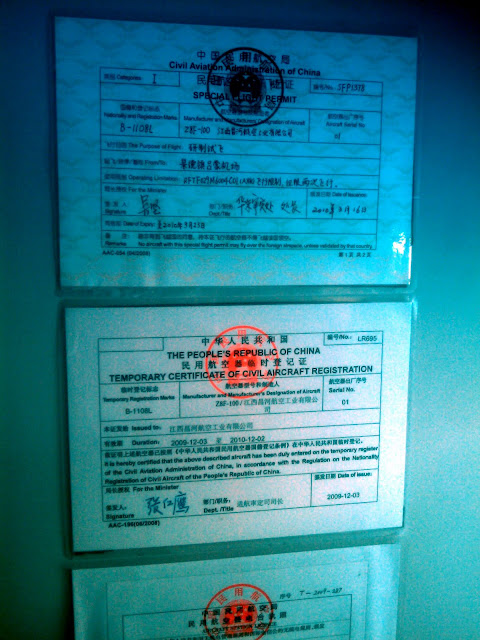 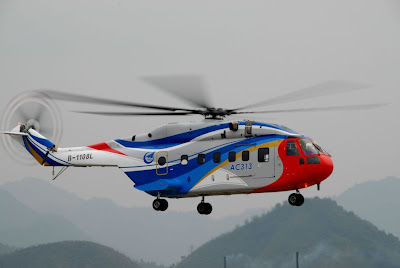 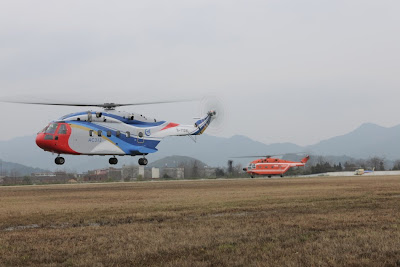 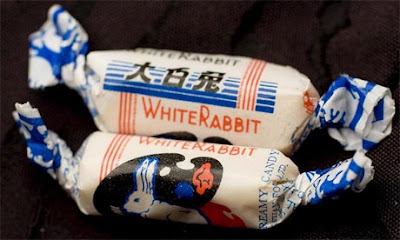 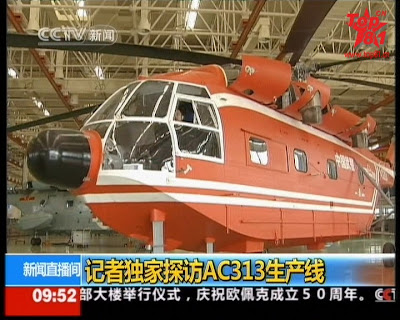 Posted by Coatepeque at 2:46 AM