North Sea Fleet’s North Medical 01 is based on the proven Hainan class gunboat design with a displacement of 400 tons and top speed of 30 knots. It is fast, small, reliable, geared as an ambulance for rescues missions in the yellow Sea. For large scale shipborne emergency surgeries, North Sea Fleet has the training ship Shichang under its command with medical modules that can be loaded onboard on an ad hoc basis.

South Sea Fleet’s Daishandao medical ship, on the other hand, has 10,000 tons of displacement with more than 500 beds, eight surgery rooms and can accommodate 40 major surgeries a day.


You know what they say: size does matter. 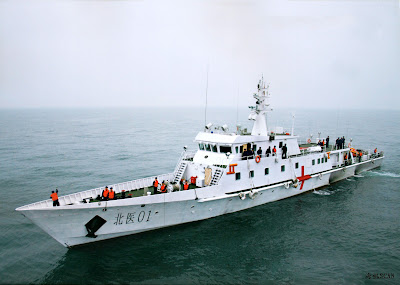 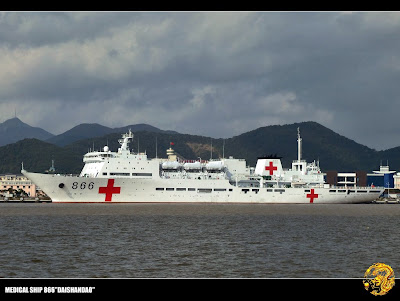