As expected, the PLAN has deployed its third taskforce to the Gulf of Aden to fight pirates and protect shipping in that region. What is not expected is that the third taskforce is composed of one FFG-529 Zhoushan, one FFG-530 Xuzhou and a supply ship (886 Qiandaohu) from the East Sea fleet (Here). Conventional wisdom suggests that the PLAN would focus its attention in turning the South Sea Fleet from a “green-water” into a true “blue-water” fleet. The previous deployments of the South Sea Fleet to the Gulf of Aden are proven ground for the PLAN’s sailors. The South Sea Fleet, as Bussert stated in his June 2009 SIGNAL article, is “the tip of the Chinese navy spear and they are they are taking on more diverse and far-reaching missions.”

Looking at PLAN’s North Sea Fleet’s recent comprehensive military drill near Okinawa (here) and the deployment of the East Sea Fleet to Gulf of Aden may be signaling a shift in PLAN policy as they might be ready to have all three fleets come out of the “island chains” so people will accept them as they are. No longer are they a continental power bounded by land, but rather a seafaring trade partner with a strong navy protecting its interests. Not that there is anything wrong with that.

The East Sea Fleet also conducted a military drill near Okinawa back in May 2007 and while its naval base in Zhoushan received much less media attention compared to South Sea Fleet’s “Dr. Evil Secret Lair” in Hainan. The Zhoushan base also underwent upgrades to accomplish the four Russian Sovremenny Class DDGs and the four newly built Type054 FFGs based there as part of the third Destroyer-Frigate Dadui. The PLAN also stationed all their Russian import (including the Kilo class Submarines) into a single area to consolidate Russian support and maintenance assets. On paper the East Sea Fleet can be a powerful ocean-going taskforce, but its primary focus remains Taiwan. It will be interesting to see if the current deployment to Gulf of Aden is a “one-time-deal” or the beginning of a policy shift. 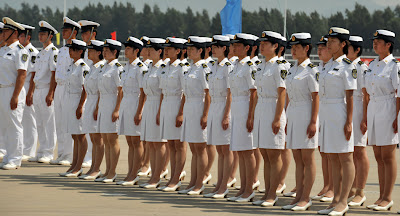 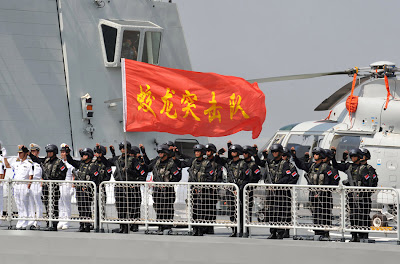 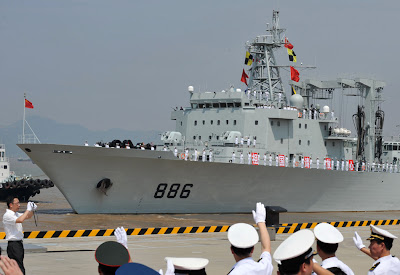 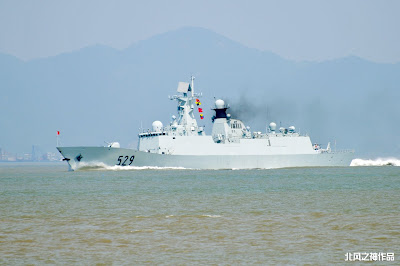 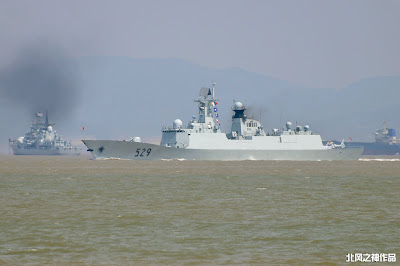 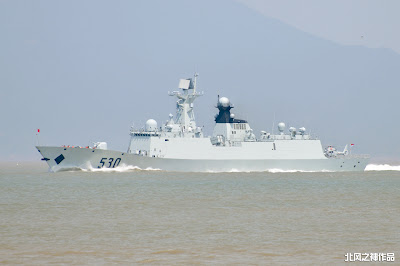 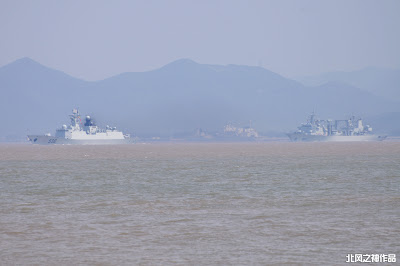 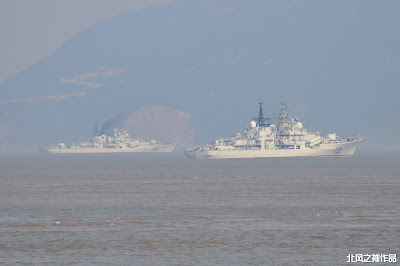 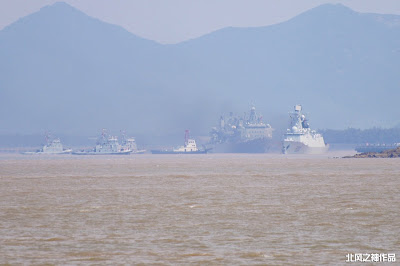 Posted by Coatepeque at 5:44 PM

I was wonder why china is not building any helicopter carrier, would be a great learning curve tool for future aircraft carrier. secondly it can be position over in the nansha area or in other waters.

That is a very good question, I also wonder about that too -- I can't imagine it will be more technically complex compare to a LHD

PLAN has a "national mobilization Ship" that can serve as a Heli carrier.