This blog will post photos of the big dog-and-pony show when they become available.

Don't panic and there is no need for hyperventilation -- after all, the Indian military just completed its joint military exercise with the Russian (here) and the annual India-US naval exercise, 'Malabar' is still on-going (here) 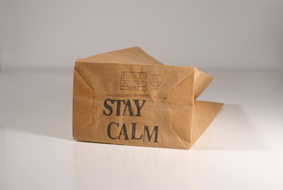 Chen Bingde, Chief of the General Staff of the People's Liberation Army (PLA), made the remarks while discussing bilateral miliary ties and the imminent joint drill in a telephone conversation with his Russian counterpart Nikolai Makarov.

The maneuver will take place on April 22-27 in the Yellow Sea near China's eastern coastal resort city of Qingdao.

Friendly military-to-military cooperation is an important aspect of the China-Russia strategic partnership, Chen said, adding the drill is the first of such moves by the two countries' navies.

Chen also said the drill would strengthen the naval forces' ability to jointly confront new regional threats and demonstrate their confidence to maintain peace and stability in the region and world.

Makarov, for his part, said Russia sees great importance in promoting cooperation between the two militaries and the naval exercise shows that bilateral strategic coordination is at a high level.

He also said lots of preparation has already been done by both sides, and Russia would like to work with China in ensuring that the drill is a success so as to make contributions to preserving security and stability in the Asia-Pacific region.

The two generals approved the program of the drill.

According to the introduction of an army general with the foreign affairs office of China's defense department, the drill will focus on joint maritime defense and protection of navigation. It will involve 16 vessels including destroyers, frigates, support and hospital ships, and two submarines.

Since 2005, China and Russia have conducted several joint military exercises within the framework of the Shanghai Cooperation Organization.

Four Russian warships from the Pacific Fleet, as well as support vessels, warplanes, helicopters and naval infantry, will leave Vladivostok on Sunday for a joint exercise with Chinese naval forces, a spokesman for the fleet said.

The Russian Navy will be represented by the guided missile cruiser Varyag, and three large antisubmarine ships in an exercise that is to take place between April 22 and 29 in the Yellow Sea.

“Three antisubmarine vessels and the Varyag will leave the port of Valdivostok today for the exercise. They are expected to be in China on April 22,” the spokesman said.

In all, more than 20 Russian and Chinese warships and support vessels will participate.

Since 2005, China and Russia have conducted several joint military exercises within the framework of the Shanghai Cooperation Organization.