Interdiction on the high seas, a PLAN training exercise at South China Sea

The photo taken on May 5, 2016 shows two rigid-hull inflatable boats carrying special troops from the guided-missile destroyer Hefei (back) approach the suspicious merchant ship simulated by the guided-missile frigate Shaoguan (front) during a special situation management drill held by an ocean-going training taskforce of the PLA Navy's Nanhai Fleet at a water near the Xisha Islands in the South China Sea. 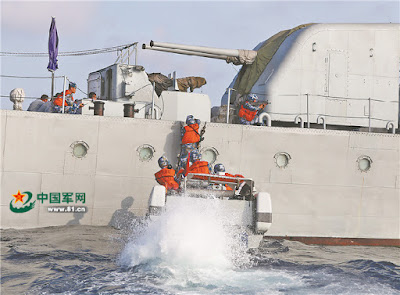 BEIJING, May 6 (ChinaMil) -- The ocean-going training taskforce with the Nanhai Fleet of the PLA Navy carried out a series of exercises on special situation handling in Xisha waters on May 5.

According to the scenario of the drill, the guided-missile frigate Shaoguan (Hull Number 553), playing the role of a merchant ship with unknown nationality, was implementing close-in reconnaissance of Chinese territorial waters, while, the guided-missile destroyer Hefei (Hull Number 174), that was on patrol in that sea area, spotted the suspicious merchant ship through radar detection equipment and took immediate measures.

The guided-missile frigate Shaoguan is on patrol duty in Xisha waters at present.

During the exercise, the destroyer Hefei approached the target at high speed and the ship-borne helicopter took off for verification.

"This is Chinese PLA Navy ship 174. You will enter Chinese territorial waters soon. Please turn around and leave immediately to avoid misjudgment."But the suspicious merchant ship paid no attention and continued to sail on.

The suspicious merchant ship was forced to stop, at the same time, a group of special operations troops on a rigid-hull inflatable boat approached the ship. After boarding the ship, they quickly controlled the sailors and searched the ship. Soon they found some contraband goods and took over the merchant ship according to law and put on guard.

According to Long Juan, chief of staff of the ocean-going training taskforce, means of sea area management and control includes tracking and monitoring, warning and expulsion, boarding inspection and seizure and so forth. They are aimed to expel, warn and detain foreign ships that violate China's maritime rights and interests.

Long emphasized that this is not only a common practice of navies of all countries, but also a necessary means to properly exert the rights endowed by international laws on warships to protect China's maritime rights and interests and maintain the international maritime order. 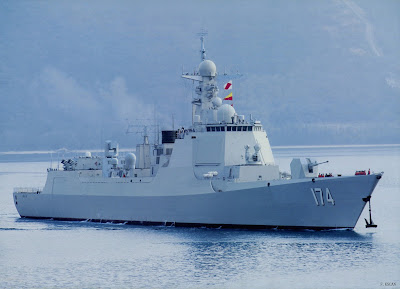 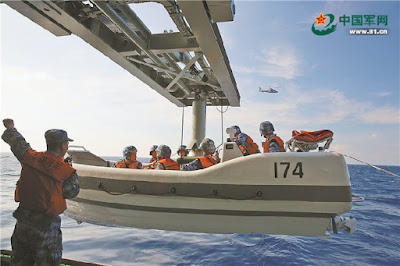 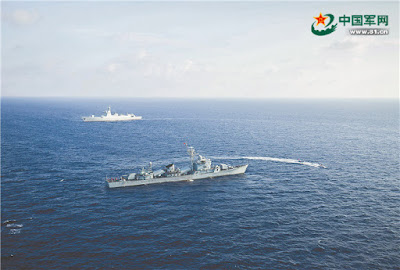