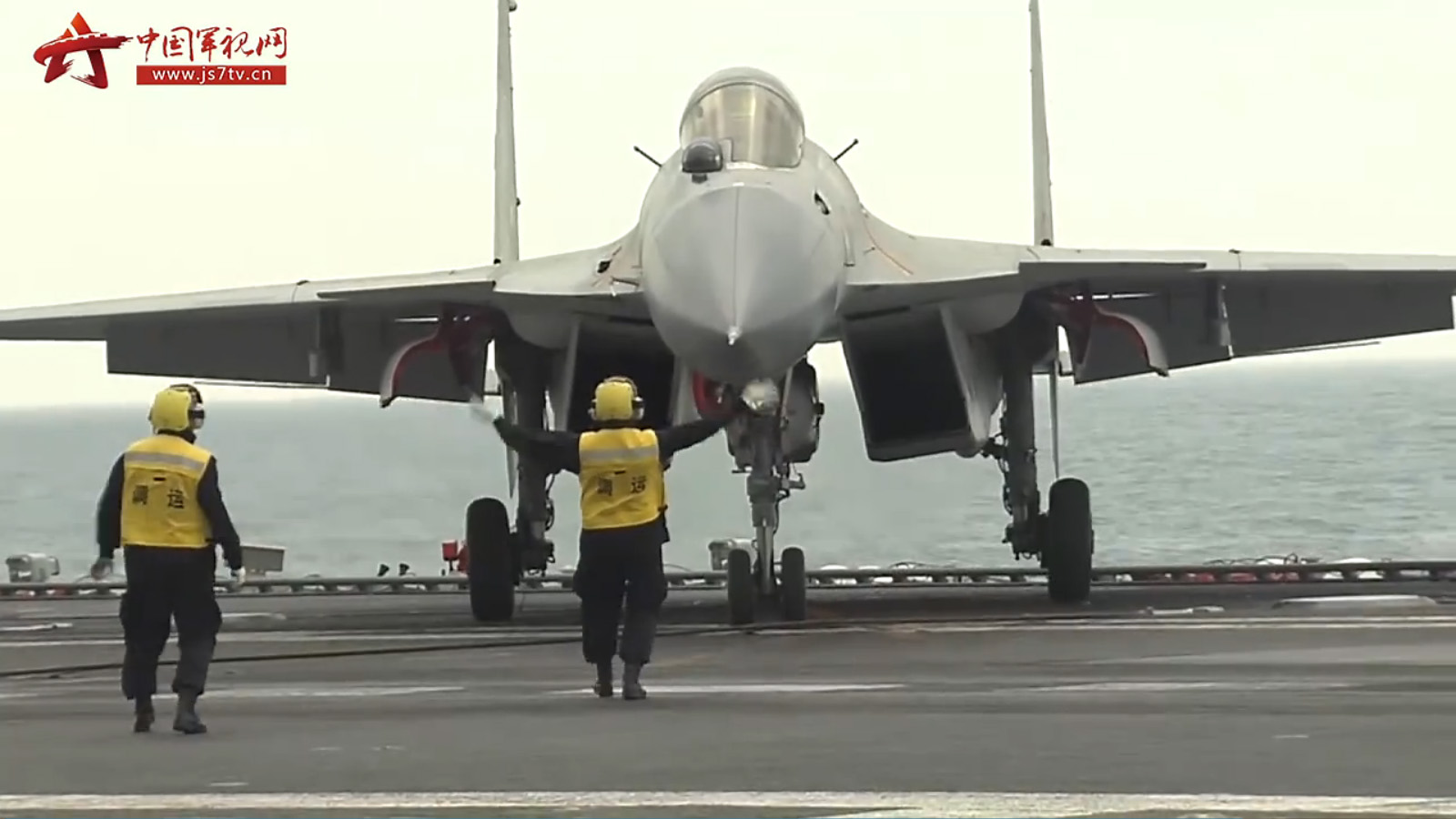 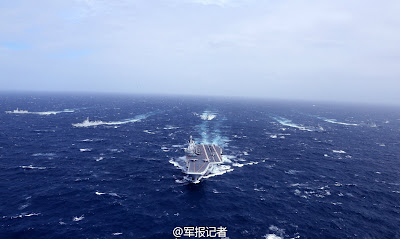 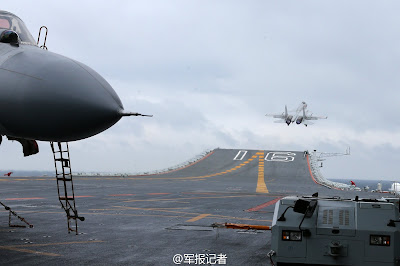 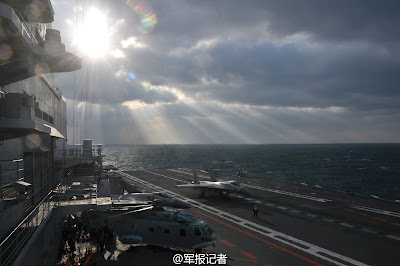 
A group of Chinese warships led by its sole aircraft carrier is testing weapons and equipment in exercises this week in the South China Sea that are going to plan, China's foreign ministry said Wednesday.

Exercises by the ships, in particular the aircraft carrier Liaoning, since last month have unnerved China's neighbors, especially at a time of heightened strain with self-ruled Taiwan, which Beijing claims as its own, and given long-running territorial disputes in the South China Sea.

China says the Soviet-built Liaoning and the other ships conduct routine exercises that comply with international law.

"The purpose is to test the performance of weapons and equipment," he said.

The People's Liberation Army Navy said on its official microblog this week that the aircraft carrier conducted drills in the South China Sea with its fighter jets and helicopters.

U.S. warships have also been conducting what they call "freedom of navigation" patrols through the South China Sea over the past year as concern grows about Chinese construction of air strips and docks on disputed reefs and islands.

The group of warships sailed through waters south of Japan and then rounded east and south of Taiwan late last month on their way to the south China province of Hainan.

Taiwan's defence minister warned at the time that "the threat of our enemies is growing day by day".

Taiwan media have reported that the Liaoning could sail north up the median line of the Taiwan Strait, the narrow body of water separating Taiwan and China, on its way to its home port of Qingdao.

Taiwan's defence ministry said the talk about the timing and northward route of the Liaoning was speculation, and it would make preparations based on the situation and "maintain its grasp of the movements" of the ship.

Business relations between mainland China and Taiwan have grown significantly over the past decade but tension has increased since the island elected a president from an independence-leaning party last year.
Also In South China Sea


China distrusts President Tsai Ing-wen and has stepped up pressure on her following a protocol-breaking phone call between her and U.S. President-elect Donald Trump last month.

Beijing suspects Tsai wants to push for the island's formal independence, a red line for the mainland, which has never renounced the use of force to bring what it deems a renegade province under its control.

Tsai says she wants to maintain peace with China.

Here is one potential solution to the challenge of limited takeoff weight and range of Short take-off but arrested-recovery (STOBAR) carrier borne aircraft -- Give them a “hard point mounted fuel pod with a hose-and-drogue system” (a.k.a buddy store) This arrangement  allows carrier borne aircraft to increase their combat range as well as their take-off weight without the need of a dedicated tanker support.


Judging from the following public release photos of China’s Shenyang J-15 Flying Shark, such a buddy store is available to the Chinese Naval Aviators, assuming that they have mastered the mid-air refueling techniques of course. Given the fact that the J15 is based on the Russian SU-33, the Shangyang buddy store bears resemblance to the UPAZ-1A Sakhalin centerline refueling store series currently available in the international arms market. 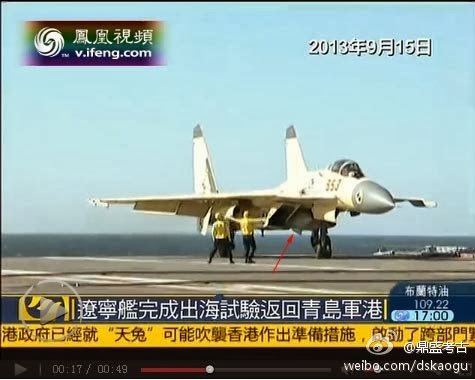 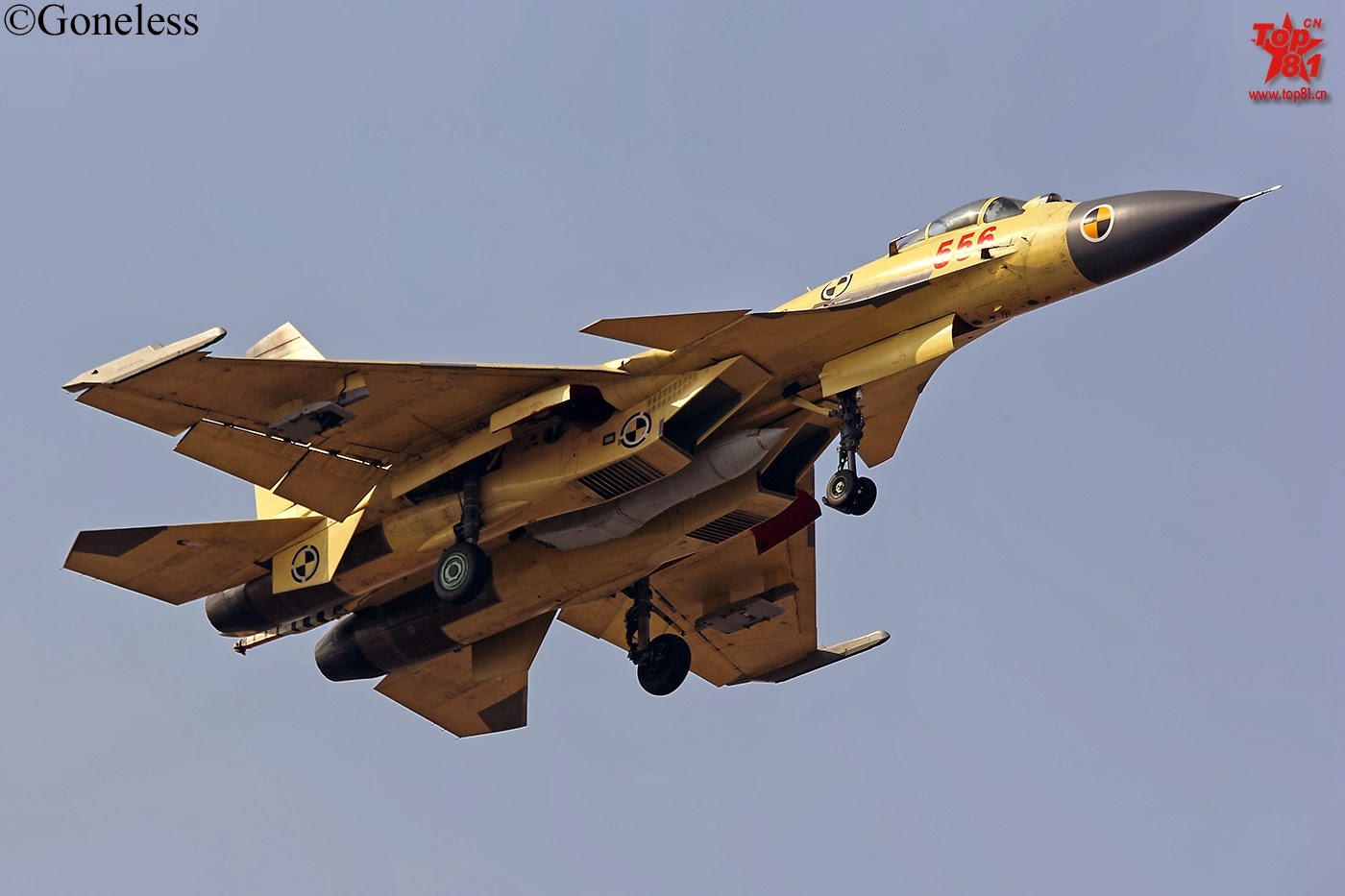 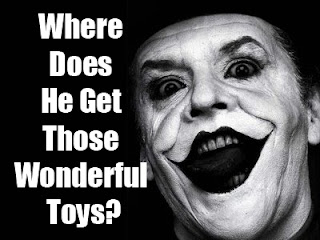 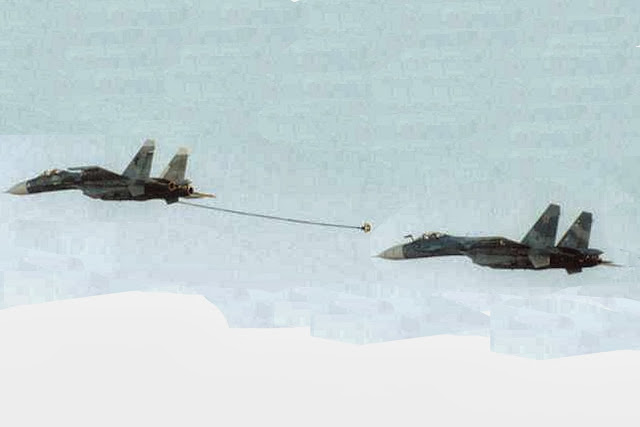 Posted by Coatepeque at 4:07 PM