It is almost as bad as the Japanese uses "scientific research" to justify whaling. 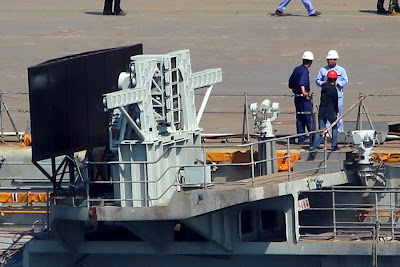 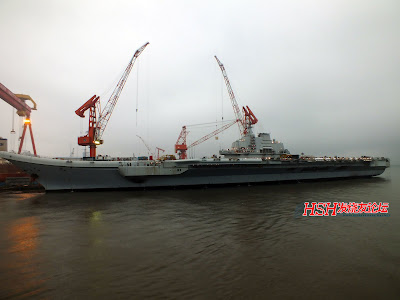 With or without aircraft carrier, China pursues peaceful development

BEIJING, July 27 (Xinhua) -- The Defense Ministry officially confirmed Wednesday that China was pursuing an aircraft carrier program aimed at refitting an imported carrier as a platform for scientific research, experiment and training.

It appears China is a long way off having a carrier with real fighting capacity since developing and building this type of vessel is a long and complicated process.

Even if China does equip its naval force with a carrier, it is unlikely to have much of an impact on the world, given a traditional military power such as the United States has 11 in service, and even lesser powers, such as Thailand, Brazil and India, each have one.

China, with an estimated total coastline of more than 10,000 km to defend and long, busy sea lanes to secure for the flow of materials and manufactured goods in and out of the country, is entitled to an aircraft carrier.

Apart from its need for national defense, the program will better serve China's purpose of international cooperation against maritime crimes, including the fight against Somali pirates.

Chinese navy fleets had by June escorted 3,953 ships from countries all over the world through the Gulf of Aden and waters off Somalia, among which 47 percent were foreign commercial ships.

The carrier program will gear up China for a bigger role in peaceful cooperation worldwide.

In response to questions concerning China's carrier program, Foreign Ministry Spokesman Hong Lei said in a recent press briefing that China was sticking to the path of peaceful development and upheld a defense policy that was defensive in nature.

And China would always be a major force in safeguarding regional and world peace, he said.

Recognizing the profound changes in China as well as in China's relations with the rest of the world, China took a path of peaceful development, which accorded with the world development trend and suited its national realities, Dai wrote in the article, published in late 2010.

Peaceful development meant domestic harmony and development, and the strategy sought peace and cooperation in its relations with the rest of the world, Dai wrote.

China believed win-win cooperation with other countries, instead of expansionism or hegemony, served its national interests better, he said.

With or without an aircraft carrier, China will unwaveringly pursue its peaceful development. And any misgivings or nervousness about China's aircraft carrier program are completely unnecessary.