According to the Chinese edition, the new drone is to serve as a communication relay between the supporting surface ship to the amphibious force.

A drone is lifting off. 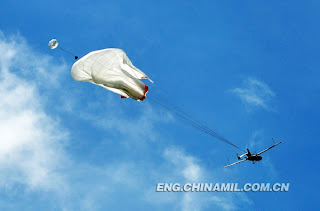 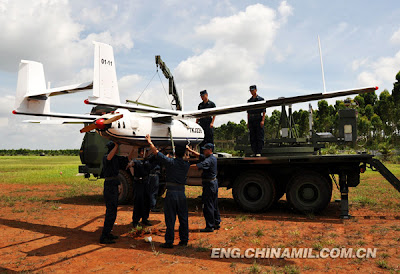 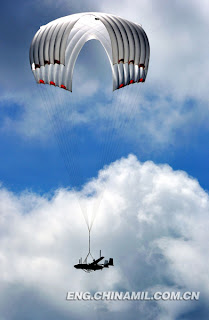 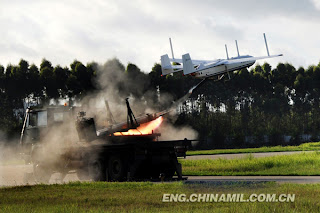 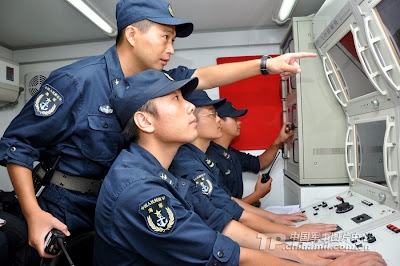 The formation of landing ships is sailing ahead. (chinamil.com.cn/Tan Wenwu)

The training subjects included the ship formation maneuver under complicated conditions, comprehensive defense, anti-aircraft live-shell firing during daytime and emergency handling in the case of equipment being damaged in a sea battle. 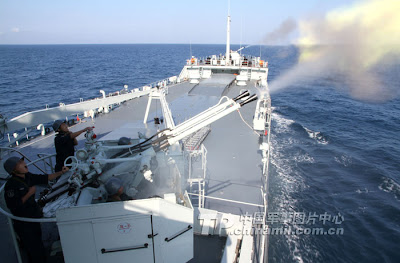 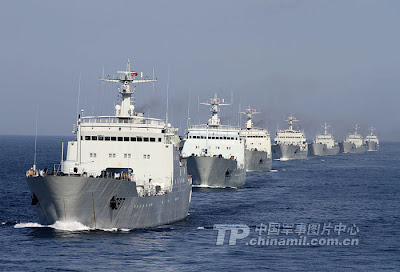