Here is a story you don't read everyday -- Captain Zhong Jiu Chen welcomes his mother to his remote Beishuangdao island outpost after the Chinese New Year.

To supplement PLA's 67 military academies, including both commissioning academies and other basic military specialty schools to train qualified officers, the PLA adopted a program similar to the US ROTC in 2003.  “National Defense Scholars” as those undergrad students at civilian universities are called receive scholarship assistance of 5,000-10,000 yuan per year (2003 sum). In return, they are obligated to serve in the PLA afterward.  Again, an arrangement similar to the US ROTC program.

Like thousands other young Chinese who take advantage of such a program to pay for school. Captain Zhong was assigned to Beishuangdao as a freshly minted 2nd Lt after graduation in 2010 and has been stationed there for 8 years.

He is a father, a husband and a son, trying to getting through the day.  I just can't imagine he has any intention to destroy a certain nation 11640KM East of China. 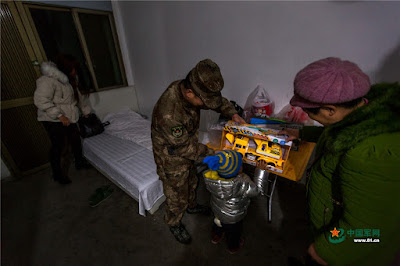 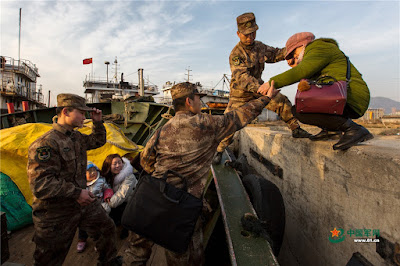 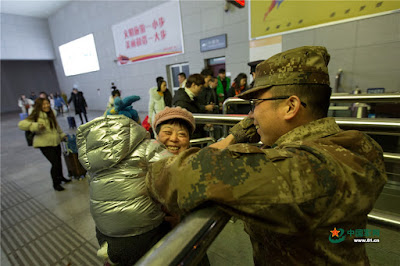 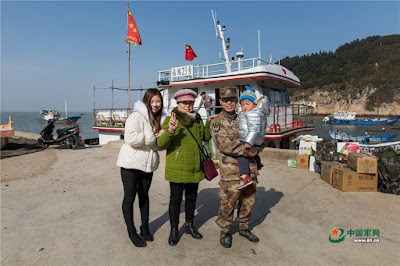 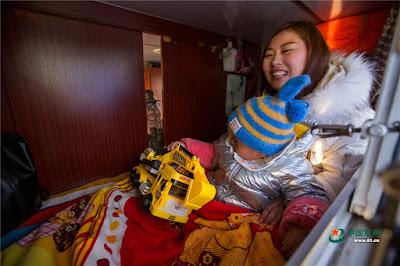 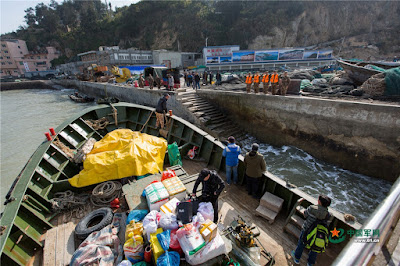 Posted by Coatepeque at 4:14 PM