Gunboat 611, a PLAN participant of the "August 6th" naval battle, found in a junkyard near Shanghi.

The Battle of Augest 6, 1965, occurred off the coast near the city of Shantou in eastern Guangdong Province where two ROCN submarine chasers, the 890 ton Jianmen and the 280 ton Zhangjiang were sunk by 9 boats of the PLA attack squadron.*

A view from mainland on that battle (here)

* Adopted from the "Chinese warfighting: The PLA experience since 1949"
By Mark A. Ryan, David Michael Finkelstein, Michael A. McDevitt 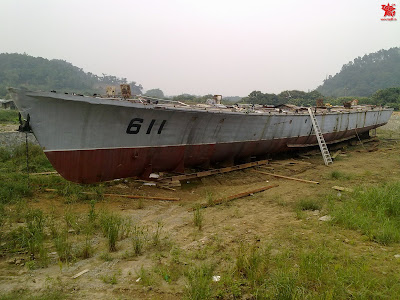 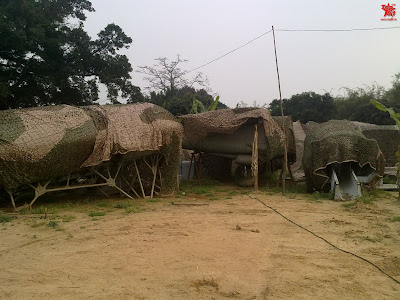 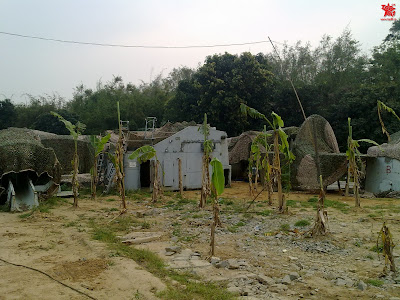 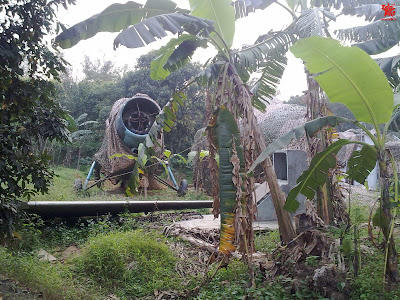 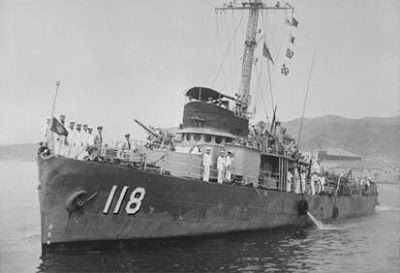 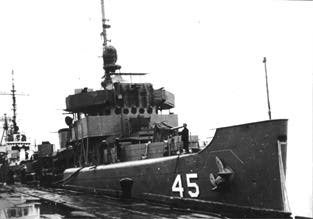 Posted by Coatepeque at 1:29 PM

China has come pretty far in 6 decades. These boats reminds me of PRC's first attempt in retrieving Taiwan. The result was so saddening, Mao even gave up, lol.

@ao
actually it is an attempt to stop Jiang from over retaking the mainland, well sort of. In the 60's there has being a few landings, most on out laying islands in Zhejiang, all ended disastrously. After 1958, PLA give up all offensive plans on Taiwan due to US intervention, and USSR non-intervention. (and of course when USSR become the enermy, things go from bad to worse)