Three reconnaissance satellite launches in three months, they must be in the the hunt for Dan Brown's lost symbol

JIUQUAN, Gansu Province, March 5 (Xinhua) -- China has successfully put into orbit another remote-sensing satellite, "Yaogan IX" at 12:55 p.m.(Beijing Time) from the Jiuquan Satellite Launch Center in northwestern Gansu Province, according to a statement from the center Friday.

The satellite was sent into space aboard a Long March 4C carrier rocket and would be used to conduct scientific experiment, carry out surveys on land resources, forecast grain output and help with natural disaster-reduction and prevention endeavor, it said. 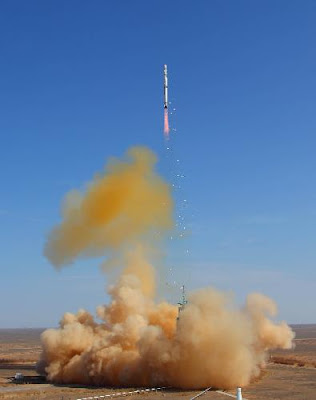 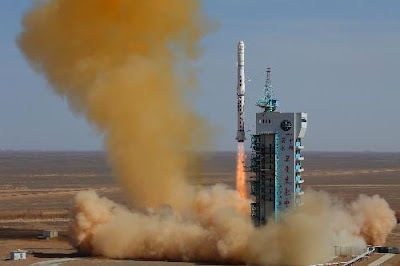 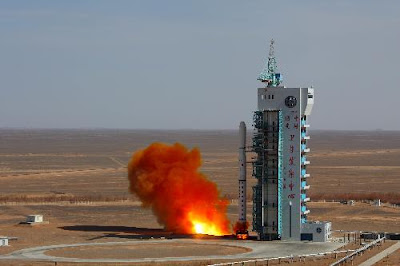 China successfully launched another Earth observation satellite from the Jiuquan space base Friday, according to state-run media outlets.

The Jiuquan launch site is located in the Gobi desert near the border between China's Gansu and Inner Mongolia provinces. Jiuquan has hosted the launches of all three Chinese human spaceflights to date.

Yaogan 9 is the newest member of a series of satellites believed to harbor optical and radar military reconnaissance capabilities.

The satellite "would be used to conduct scientific experiment[s], carry out surveys on land resources, forecast grain output and help with natural disaster-reduction and prevention endeavor[s]," state media reports said.

But most experts believe the Yaogan series includes two variants with high-resolution electro-optical cameras and cloud-piercing radars designed to see targets through inclement weather or darkness.

In the past, optical Yaogan satellites launched from Jiuquan and radar-equipped spacecraft were shot into orbit from the Taiyuan space center in northern China's Shanxi province.

Official Chinese media did not announce the launch until Thursday, a typical communications procedure for closely-guarded military space missions.

Friday's launch was the second orbital flight of Chinese rockets this year, and it marked the ninth space launch to reach orbit worldwide so far in 2010.