Could be a 30mm IFV variant 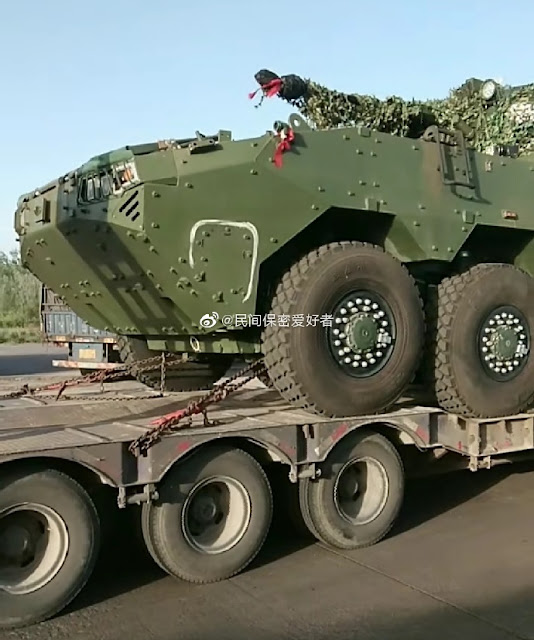 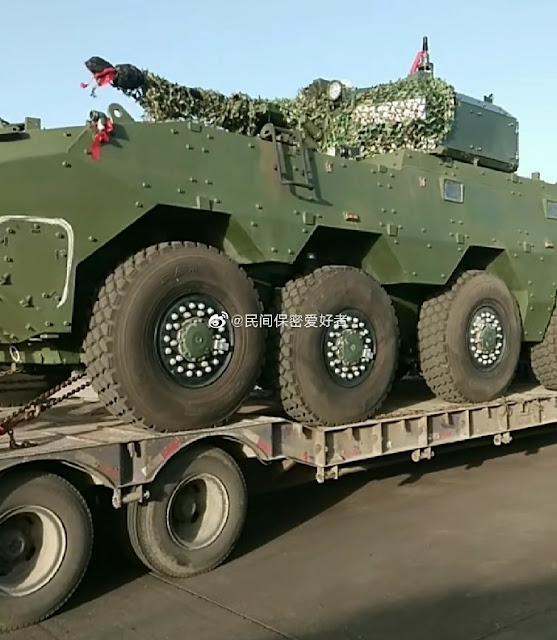 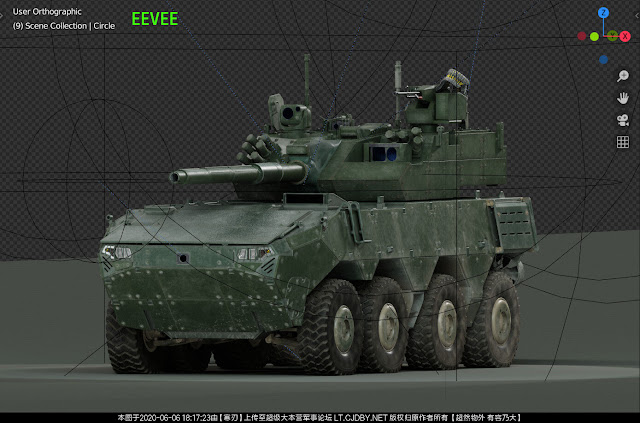 What do we know so far:
New finds:

Based on the same ZTL11 8x8  chassis with improved armor protection and a new a new turret to boot. 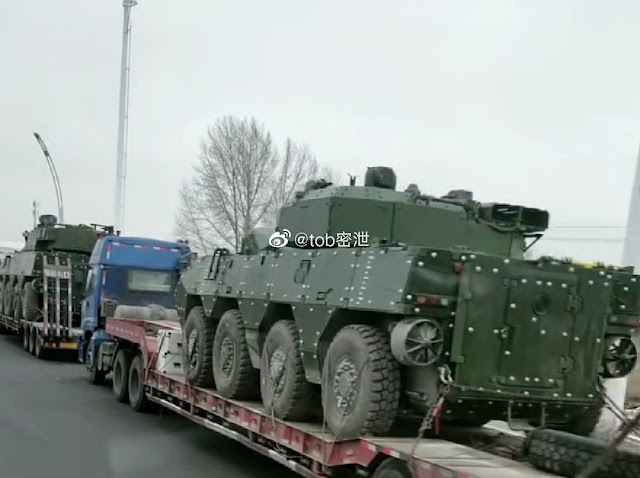 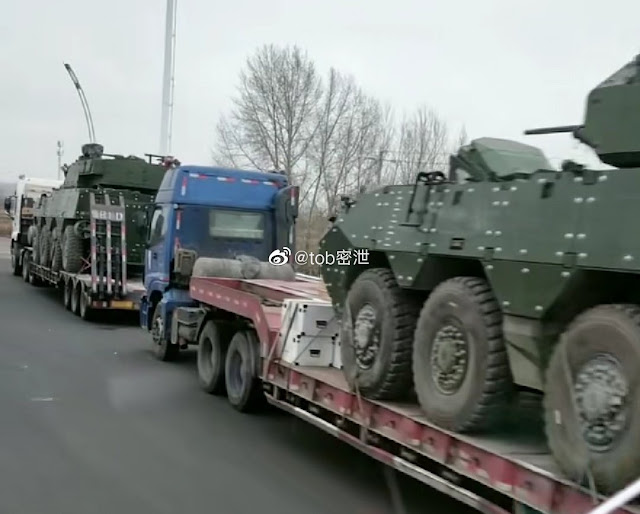 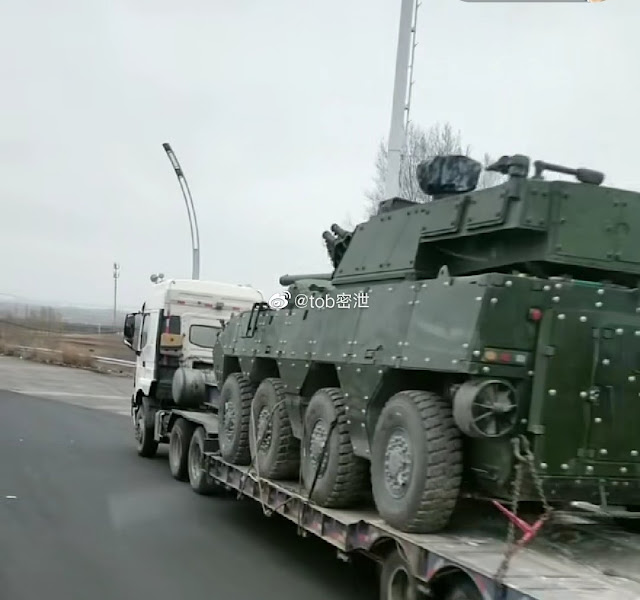 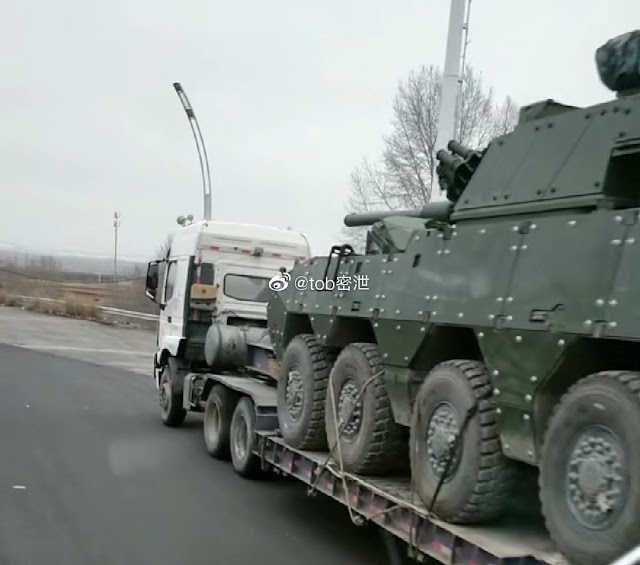 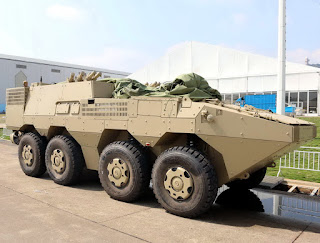 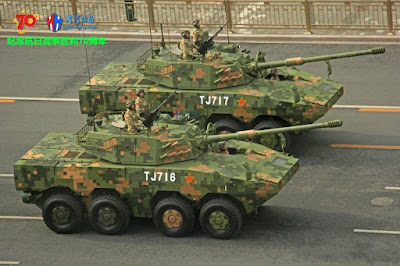 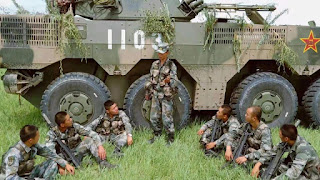 Judging by the limited screen captures below, this new 8x8 ZBL08 based assault gun is featuring a new turret, claims to be remote controlled + auto loader, a new RWS on top to sum of a total of 11 automated systems/functions.    Basic armor is also getting an upgrade. 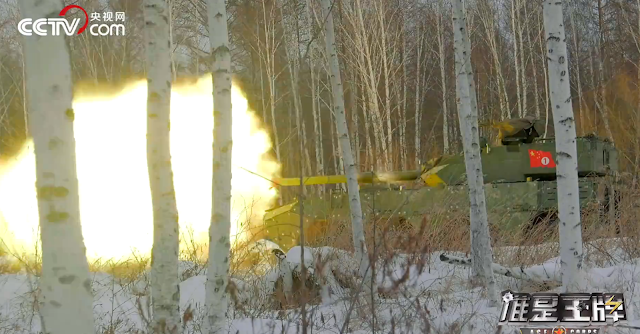 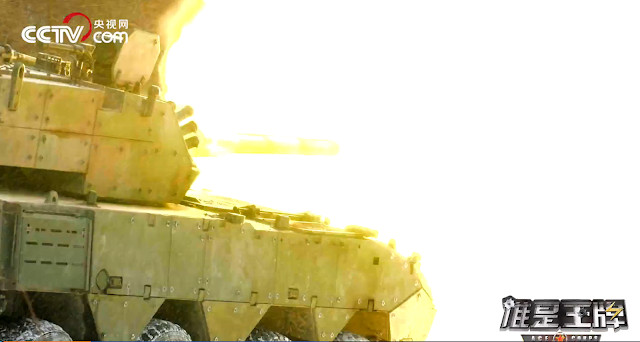 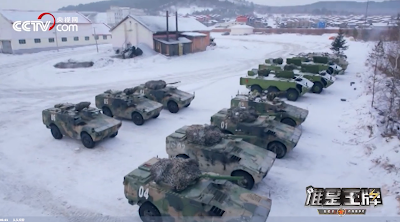 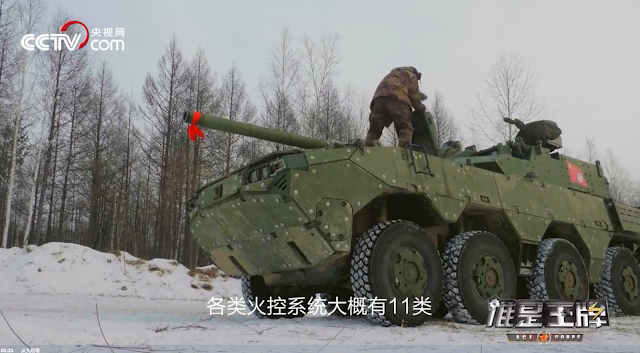 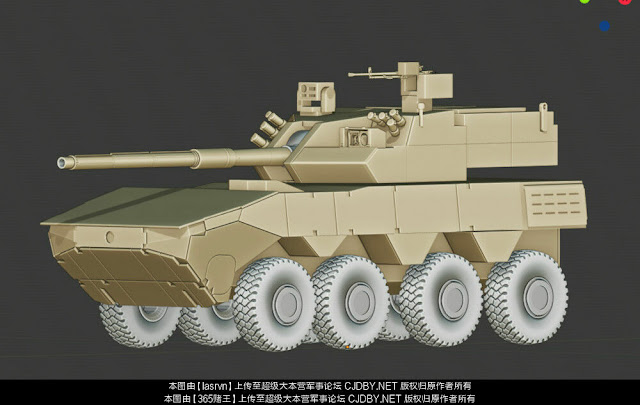 Computer render of the new 8x8 assault gun/tank destroyer. We already know this has a remote turret featuring the 105mm tank gun and auto loader from the Type 15 light tank. This shows the addition of the commander's panoramic sight from the VN17 infantry fighting vehicle, which is also based on the Type 15 light tank, and finally, remote weapon station for the 50 cal HMG, which looks like the one from the VT-4 MBT.
Posted by Coatepeque at 6:15 PM
Posted by Coatepeque at 8:36 PM