So, the Iranian navy just launched its first domestically made destroyer, the Jamaran class. It is a heavily modified British Vosper Mk 5 (Alvand) class Frigate and the Agence France-Presse credited it with 14000 tons, mistakenly (here). DefenseNews, a respected defense news outlet, did such a great copy-and-paste job that it too posted the identical typo (here).

How is this related to China Defense? Well, the Jamaran class is armed with 2 pairs Noor (C802) SSM's.

TEHRAN - Iran's navy launched its first domestically made destroyer in the Persian Gulf on Feb. 19 in a ceremony attend by the supreme leader and the commander-in-chief Ayatollah Ali Khamenei, the media reported.

The vessel has a displacement of around 14,000 tons and is equipped with modern radars and electronic warfare capabilities, the report said.

"Jamaran, a multi-mission destroyer, can carry 120-140 personnel on board and is armed with a variety of anti-ship and surface-to-air missiles with a top speed of up to 30 knots and has a helipad," the report added. "The vessel has also been equipped with torpedoes and modern naval cannons."

State television also showed footage of the vessel and the ceremony at which it was launched by Khamenei flanked by the top Iranian military commanders.

Much of Iran's naval equipment dates from before the 1979 Islamic revolution and is U.S. made. Since the revolution, Tehran has purchased a number of Russian-made submarines.

In the past year Iranian navy has carried out a number of missions in the Gulf of Aden and offshore Somalia where it was commissioned to escort Iranian merchant ships and oil tankers.

Tehran is enriching uranium, which many Western countries and Israel fear is a step toward manufacturing an atomic bomb. Tehran rejects such charges, saying its nuclear program is entirely peaceful On Thursday, the U.N. atomic watchdog expressed concern that Iran might have been trying to develop a nuclear warhead. On Feb. 19, Iran dismissed the concern as "baseless."

Iran is under U.N. sanctions for failing to obey Security Council resolutions demanding that it halt enrichment. Neither the United States nor Israel have ruled out military action if it does not eventually do so. 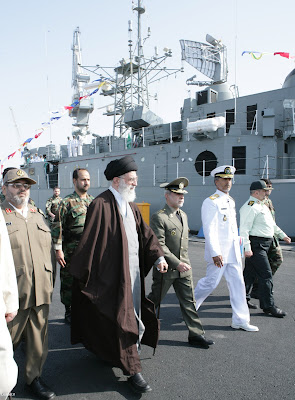 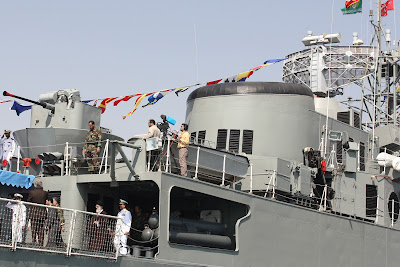 Posted by Coatepeque at 2:36 PM

Email ThisBlogThis!Share to TwitterShare to FacebookShare to Pinterest
Labels: C802

I believe that it will be so difficult to train many people in the navy they should promote Viagra Online
in there to motivate the crew. Buy Viagra Generic Viagra

Hmmm.. I do agree with you in many parts but will have to think about it deeply. But have to say that Buy Toprol Online is quite well put though and did make me reassess many of my ideas about certain things. Many thanks for giving this different perspective.

thanks for your sharing! great helpful!!!Thank you

You are focused on realizing all you possibly can about this. We're completely satisfied you discovered us. On this site, we have introduced collectively an unlimited array of data and sources on this.

A lot of the information in this post has been very useful. I can definitely agree there are great needs for having or developing organizational, writing, and marketing skills.
Cheap Logo Design

Very nice we blog and useful! I feel i will come back one day !

Jamaran is the name of a domestically produced Moudge class guided missile frigate launched in early 2010 in Bandar-e-Abbas, Iran. Iran said that the design and building of Jamaran and the missile boat Paykan were among the greatest achievements of the Iranian Navy and the ship's launch marks a major technological leap for Iran's naval industries. It is the first ship from four in its class. More ships in its class are under construction to be added to the Iranian Naval fleets in the Caspian Sea and the Persian Gulf soon. The ship is designed for a crew of 140. The Jamaran class combines generic cialis and anti-submarine assets with other systems of weapons capable of dealing with surface and air threats as well.

The Iranian frigate Velayat, also known as Moudge 2 (meaning Wave 2) is the second ship of the Iranian CarlMont Moudge class frigates which appears to be a development of the Alvand class (British Saam class).

Such a nice post, We loved it a great deal!I am a china tour lover,You can learn more: China tourism | China travel service | China tour operator