As other Chinese bloggers have noted, adding extra police units does not really address the long term underlying issue in Xinjiang and Tibet.

Anyways, the newly commissioned 6th Zhi-Du 武警新疆总队第六支队 is organic to the Xinjiang General Unit 新疆总队 for "anti-terror" operations. (here). A PAP Zhi-Du is equal to an army regiment in size, minus the heavy equipment and support elements, of course. 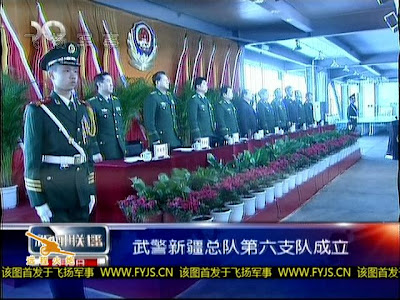 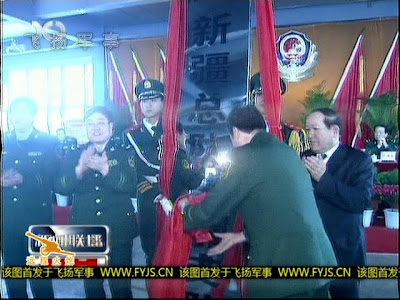 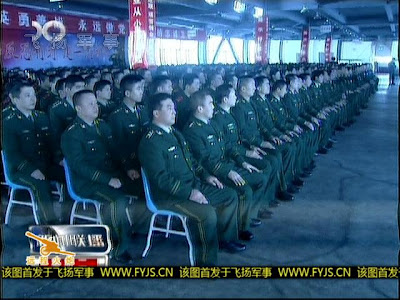 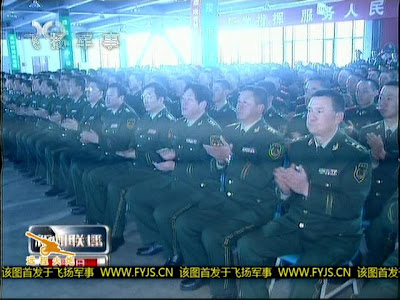 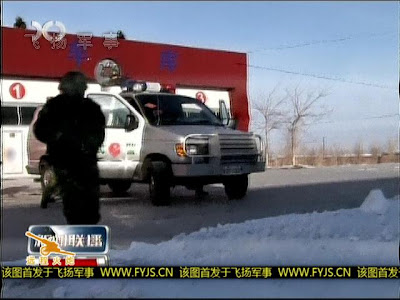 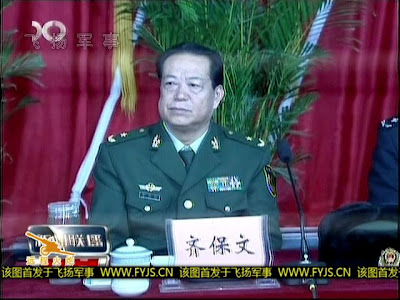 URUMQI: The government has approved a plan to recruit 5,000 special police officers in the Xinjiang Uygur autonomous region to help prevent unrests such as the devastating riot on July 5 last year.

The new recruits will be civil servants under the Xinjiang regional public security bureau and their area of operations will cover the entire region.

Xinjiang set to beef up police forces Police prevent terrorist attacks in Xinjiang
It will be the largest recruitment campaign of its kind in Xinjiang and all new recruits, after a month of intensive training, will serve alongside special police officers seconded from other provinces, said Zhu Changjie, director of the regional public security bureau.

"We expect them to be on patrol independently at the end of March," Zhu said.

In China, special police units are responsible for combating terrorism, maintaining public security, and dealing with violent crime and emergencies.

More than 3,600 people, mainly decommissioned soldiers and college graduates, have been enlisted after a strict screening procedure that includes written exams, interviews and physical fitness tests.

Training of the first 2,360 recruits started on Tuesday in Urumqi, the regional capital.

Cai Anji, director of the political department of the Ministry of Public Security, urged training departments to develop "a professional force to fight terrorism, a force to strike against violent crimes and a quick-response force for emergencies".

In a letter posted on the ministry's website yesterday, Minister of Public Security Meng Jianzhu expressed his appreciation to police officers who had resolutely fought to maintain public security since the July 5 riot, in which 197 people died and more than 1,700 were injured.

"The overall situation in Xinjiang is stable and improving, with production and people's lives back to normal," Meng said.

"We must be alert to the complex task of maintaining public stability in Xinjiang as hostile forces will not resign themselves to failure and may deliberately seek all possible opportunities to stage new destructive activities," he said.

Meng warned the region's police to be fully aware that the fight would be long-term, arduous and complex.

Xinjiang regional government chairman Nur Bekri assured people at the region's annual legislative meeting in January that the government would continue to crack down on the "three forces" of terrorism, separatism and extremism to ensure the safety of local people.

The major tasks of local security forces were to crack down on violent terrorists who plotted attacks and cut contacts between domestic and overseas hostile forces, and to destroy their organizational systems.

The strategy for securing China's Western regions is 2 fold:

As the level of prosperity in the Western regions approaches that of China's East coast, the major reasons for discontent will disappear.

Naturally people who are more prosperous than their neighbors will tend to envy them less.

This has already occurred with respect to India and the Tibet region's borders - an Indian MP recently stated that ethnic minorities on the Indian side of the border have expressed envy over the prosperity of their relatives living on the Chinese side.

The second task, that of cultural integration will be achieved alongside the 1st - that is, it will be best achieved by Han emigration into the area and intermarriage between them.

The West will of course try to interfere with this and stoke anger, resentment and discontent, but in the long run, as long as China's economy develops and a strong central government prevails, their cause is lost.

The radicalisation of the muslim Ummah worldwide will have an impact on the muslim population in china.
Islam is facism and a chinese is only a worthless unbeliever in the eyes of a growing number of muslim purists.
Prosperity has nothing to do with peace in reagions where islam is gaining strength.
Thats an illusion.
Peace in Xinjiang is only an question of military or police pressure.
It looks that way chinese leaders know it already.
I wish them the best in this fight...