The oddest PLA Daily photo I have ever seen

"I Fight For China, Do Something Big With Us." I don't get it, why the gas mask?

According to Daniel Erikson's latest China Brief write up, China is not doing anything "big" in the Haitian earthquake relief (here) 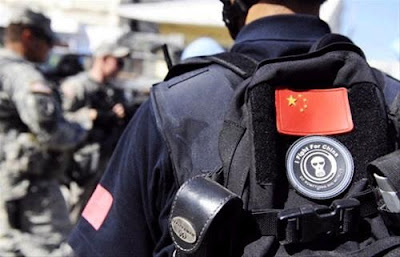 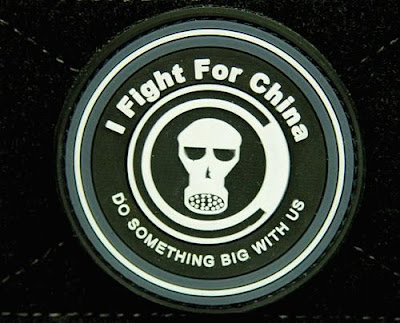 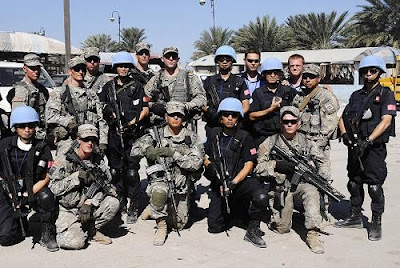 The original source of the photos above.

The overall security situation in quake-hit Haiti is stable but remains potentially volatile. Chinese peacekeepers are helping to maintain order in the capital city of Port-au-Prince under the assignment of the United Nations.

The earthquake has caused heavy losses within the country's local police force. Most police buildings were destroyed. Law enforcement departments have set up their offices in makeshift structures.

The police are now increasing their presence as life starts to return to some semblance of normalcy.

A Chinese peacekeeping policeman carrying out a UN mission potrols with U.S. soldiers appointed by the United Nations Stabilization Mission in Haiti (MINUSTAH) in Port-au-Prince, capital of Haiti, Jan. 28, 2010. It was the first time that MINUSTAH appointed the U.S. army to participate in a combined action in Haiti. (Xinhua/Wu Xiaoling) 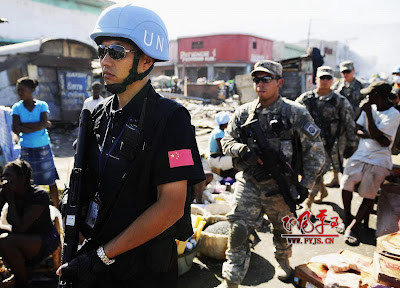 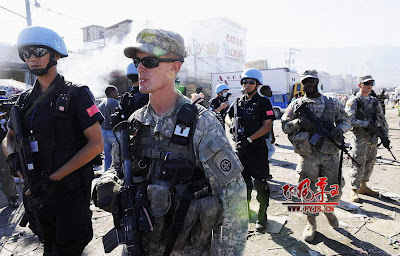 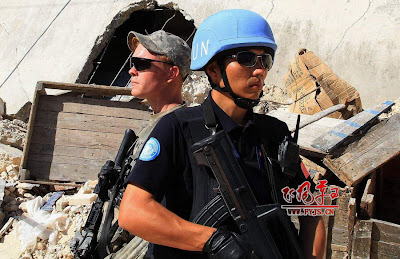 Posted by Coatepeque at 5:48 PM