Photos of the PLAAF 3rd fighter Division in the 1980s.

Deng Xiaoping, as the Chief of Staff and Vice-Chairman of the Central Military Commission, famously remarked in 1975 on the state of the PLA as "arrogant, lazy, overstaffed, and incompetent to fight modern warfare.” To address this short coming, the PLAAF formed its own “flying circus” by pulling all available resources into a few combat ready units and then shifted them to trouble spots all over China. The less fortune units were left to become paper-units and later decommissioned. The flying circus concept was first developed by Manfred Von Richthofen, the German Red Baron of World War One, and calls for elite squadrons of fighters and their supporting infrastructure to move to wherever they were needed.

The PLAAF 3rd Fighter division was a flying circus and the following photos were taken in the late 1980s when it completed its 8th rotation in Tibet with its J-7II’s, and they make their presence known with these PR photos.

According to the December 7th 2007 edition of the PLA Daily, the 3rd division was commissioned on November 11th, 1949 from the 209th infantry Division. When it entered the Korean War in October 1951, it pilots had only 20 flying hours before encountering the USAF. As expected they suffered a huge loss. However, the 3rd division did produce 7 aces for the PLAAF, including its top ace, Wang Hai, credited with 9 shoot-downs or damaged American aircraft. Wang would later become the PLAAF’s Air Marshal (honorary title) in August 1998. There is even a die cast toy made after him.

After the Korean War, the 3rd took part in the 1954 First Taiwan Strait Crisis Air War. Stationed in Guangxi , during the height of the Indochina crisis, the 3rd was credited with downing 6 US recon drones. In the 1996, the 3rd played a vanguard role in the "large-scale-military-exercise" across the Taiwan Strait. Its J-10 regiment became the first J-10 unit to take on the Blue Army’s SU-30MKK “bad guy” squadron in 2007. 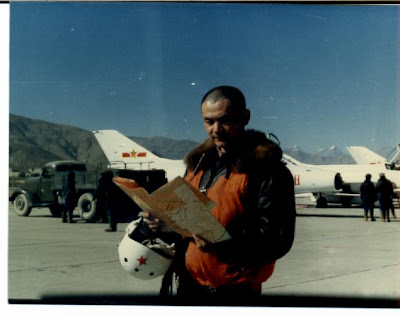 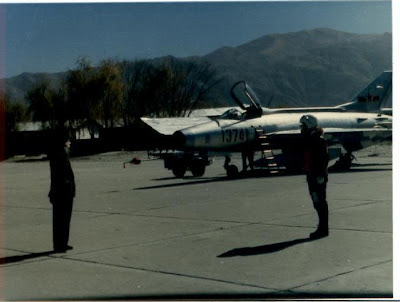 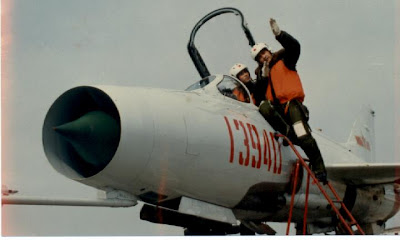 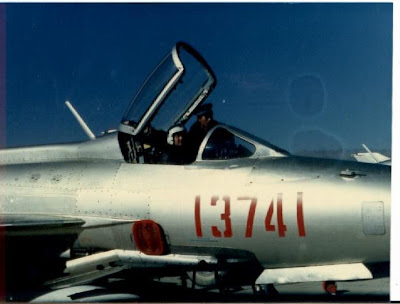 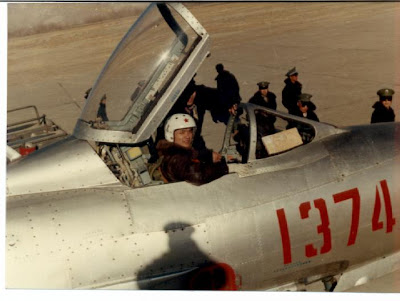 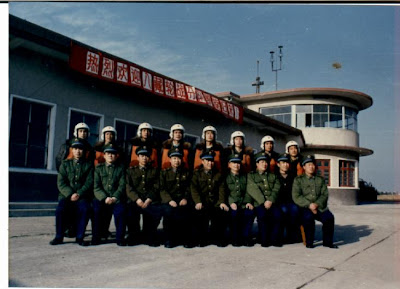 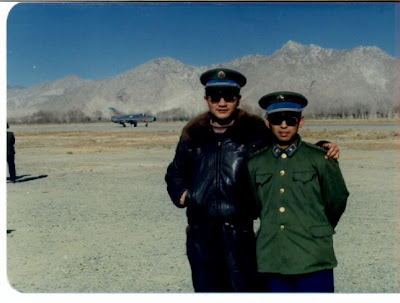 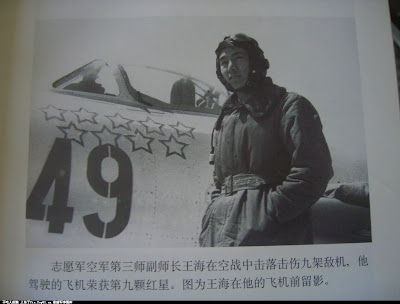 Wonder if those 9 stars signified combat victories in the Korean War. There were some Chinese aces in that war.

Yes. It says in chinese he is part of the people's volunteer army airforce, and credited for downing nine enemy planes