Yet another PLA earthquake rescue

Rescue work for the PLA has been routine, it hardly makes the news anymore. As demonstrated by the two recent small magnitude earthquakes (Jan 17th and Jan 31st), there were no mention of the rescue efforts in the English edition of the PLA Daily.

A moderate, magnitude 5.2 earthquake in Sichuan, south-west China, has brought down at least 100 homes, killing one person and injuring 11, officials say.

Houses collapsed in the Moxi area of Suining, a city of 3.5 million people.

Chinese state media said the authorities in Sichuan were "still not sure" if the latest quake was an aftershock from the earlier disaster.

China's top auditing authority, the National Audit Office, reported this week that reconstruction after the 2008 quake was nearly complete.

By the end of last October, 11 of 72 major reconstruction projects had been completed and 54 launched, it said.

A total of 480 of the 753 schools to be reconstructed had been completed and 238 were under construction.

Photos from the Chinese edition of the PLAdaily. 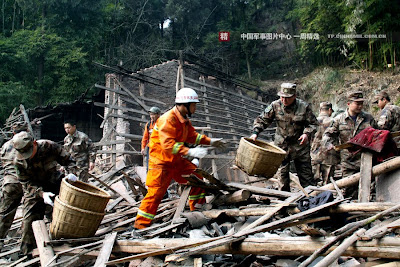 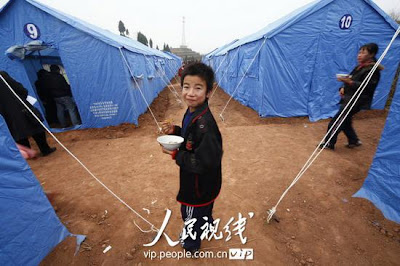 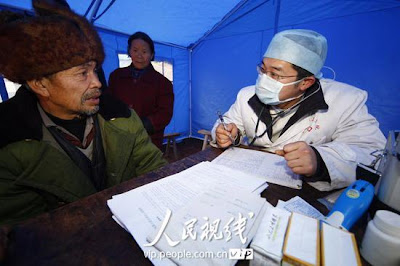 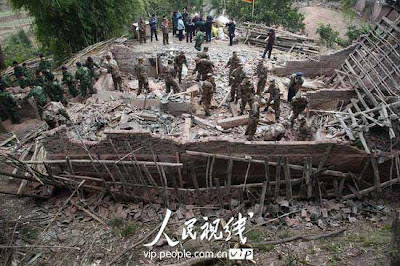 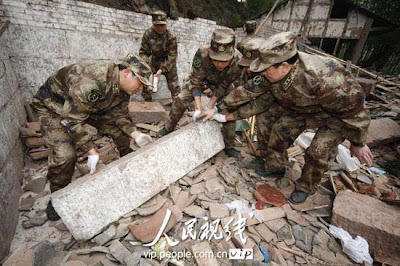 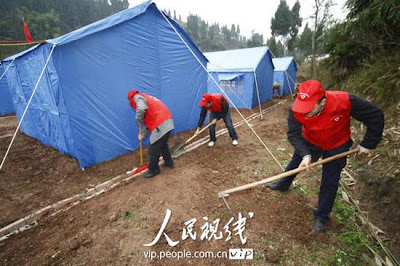 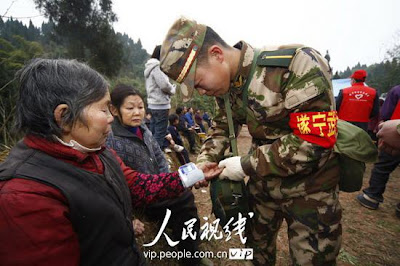 BEIJING — Seven people died and one was missing in landslides triggered by a low-grade earthquake in southwestern China at the weekend, the government said Monday.

The quake struck the Guangling district of Guizhou province at 5:35 pm (0935 GMT) on Sunday, said a report on the website of the Guizhou Earthquake Information Bureau.

"Seven people died in two landslides caused by the quake and another one is still missing. We are trying to get more information," an official in Guizhou's Civil Affairs Department, who gave only his surname, Zhao, told AFP by phone.

Xinhua news agency said the quake had measured 4.0 on the Richter scale. The US Geological Survey, which tracks seismic activity worldwide, made no mention of the reported earthquake on its website.

A separate report by Xinhua news agency said three had died in the quake.

No other details were immediately available. 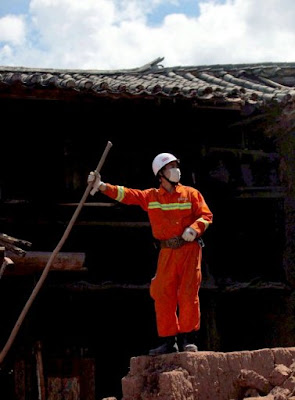