A special ceremony was held for this purpose at PAF airbase near Kamra Aeronautical Complex, about 50km from here. Chief of Air Staff Rao Qamar Suleman formally received the squadron.

In his address, the Air Chief congratulated the nation and said it is a historic day for PAF and entire nation.

JF-17 Thunder aircraft is an advanced multi-role light combat aircraft jointly developed by Chengdu and Pakistan Aeronautical Complex under a strategic collaboration project. The aircraft is designed to be cost-effective and can meet the tactical and strategic needs of the Pakistan Air Force, and various other air forces.

France offered Pakistan its RC-400 radar and MBDA MICA missile for the aircraft.

The serial production of JF-17 Thunder has already started and the production capacity would be gradually taken to 25 aircraft per year by 2011.

The new and the old 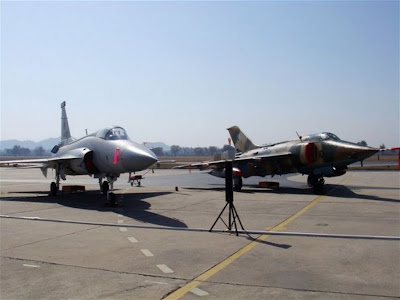 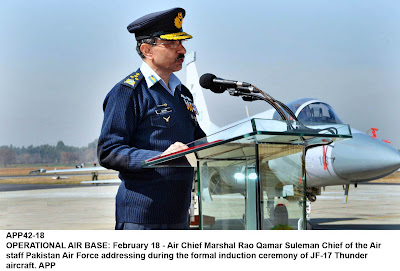 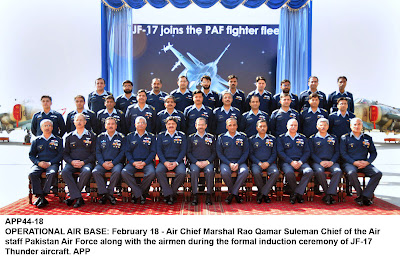 Hmmm.. I do agree with you in many parts but will have to think about it deeply. But have to say that Buy Toprol Online is quite well put though and did make me reassess many of my ideas about certain things. Many thanks for giving this different perspective.