Who will be the new owner of 60 K-8 Jet trainers/light attack aircraft: Iran, Pakistan or Indonesia?

Jiangxi Hongdu Aviation Industrial Shareholding Co., Ltd. Or "Hongdu Aviation" (here) announced that it has signed a contract to export 60 K-8 Jet trainers/light attack aircraft and its assembly line to an “Asian Country.” (here) (here) The contract is divided into three phases: the first phase includes the transfer of 12 Chinese-built aircraft, the second involves an equipment and technology transfer and the third the eventual local production of 48 additional aircraft.

There are 400 JL-8 (PLA designation) in service with both the PLAAF and PLANAF flight academies and 266 copies exported to 20 foreign militaries, making the JL-8 one of China’s most successful military projects. A similar deal was conducted with the Egyptian Air Force in Dec 27th 1999. After the first batch of 10 Chinese-built K8E's were delivered to the EAF, production was transferred to the Arab Organization for Industrialization (AOI) to complete an additional 70 aircraft. The deal was reported to be worth 345 million. Forty more were ordered on November 2004, making the EAF the largest K-8 operator outside of China.


K-8 is not a state-of-the-art trainer, but it’s attractiveness to developing countries draw from PRC’s willingness to share technology and production know-how. Initially Pakistan had a 25% share of the original K-8 project as they intended to replace their older T-37 trainers with a fleet of 75 K-8s. However, in 2005, it’s procurement was only 39 aircraft and Pakistan shifted its focus to the JF-17 program instead. If Pakistan is not the intended customer for the recent deal, then it only leaves Iran (It will be very controversial =) and Indonesia as the possible recipients -- both countries have shown interest in the project as they require a large training fleet in addition to a desire to jump start its aviation industry via technology transfer

Jakarta, July 12 (Xinhua) -- A special team of the Indonesian Air Force has completed assessment into aging aircraft and will soon propose procurement for the new ones, including China's K-8 training jets, the chief said Thursday.

The team concluded that the Air Force needs to buy new planes in place for the aging ground support aircraft OV-10 Broncos and F- 5 Tigers from the United States and training/combat jets Hawk MK- 53s manufactured in Britain.

"The team has concluded assessment and we have several proposals to be submitted after 2009, based on the available budget," Air Force Chief of Staff Air Marshal Herman Prayitno was quoted by the national Antara news agency as saying.

However, the Air Force has not made the final say over which plane it intends to buy, he added.

The Air Force also is eager to acquire multi-role aircraft to replace the Broncos and the Tigers.

"We now have options of several aircraft types that we will submit for approvals, according to the available budget and the specific needs of the force," he said during a visit to the West Java capital of Bandung.

K-8E of the Egyptian Air Force. 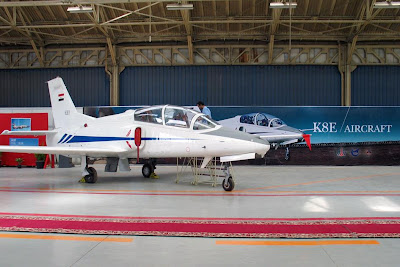 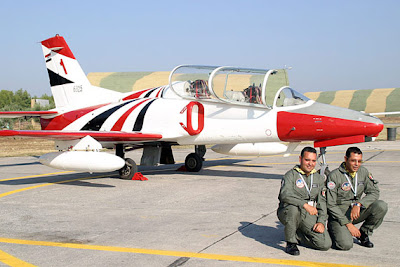 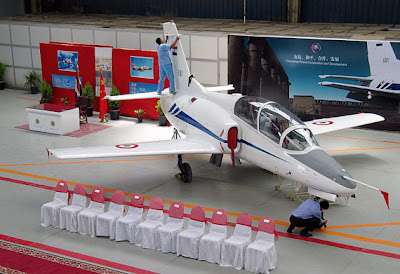 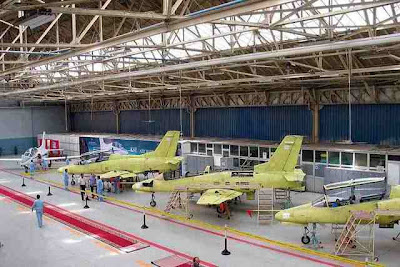 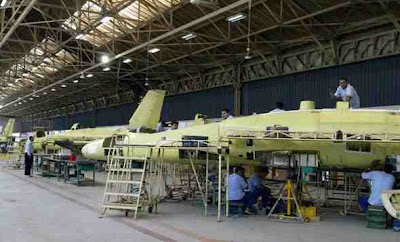 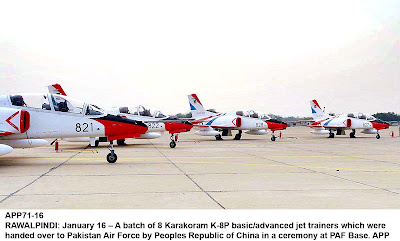 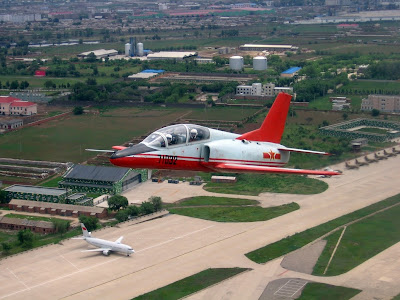 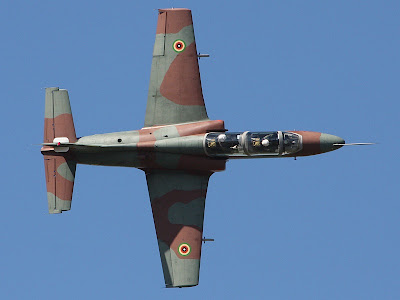 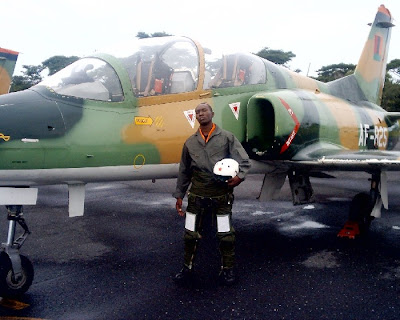 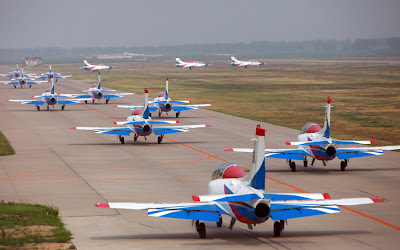 Posted by Coatepeque at 5:11 PM