One more study by the China Aerospace Studies Institute that's worth of your time to read.   Full article here (link)

Over the last decade, the People’s Liberation Army (PLA) has rapidly expanded a program to increase technical capabilities across its enlisted corps by developing what it calls “made-to- order” noncommissioned officers (NCO). These targeted training NCOs receive technical training at civilian institutions before entering the PLA with NCO rank and benefits, bypassing the junior enlisted ranks altogether.

While the program is not likely to become the PLA’s main source of NCOs, its continued expansion indicates growing trust in its outcomes and highlights its increasing importance in a suite of PLA recruitment and talent development programs.

Posted by Coatepeque at 8:10 PM No comments:

The full study can be accessed via this here (link)

Initial entry training is a major undertaking for any armed force, but China’s People’s Liberation Army (PLA) Air Force (PLAAF) faces a unique set of challenges based on its enlisted force’s large size, relatively short service commitments, and high proportion of technical requirements. Although the PLA does not release comprehensive personnel data, the PLAAF most likely demobilizes and replaces about 20% of its enlisted force annually, including two-year conscript/recruits1 who are not promoted to the NCO corps and any NCOs who are not promoted to the next level—many of them in positions requiring some level of technical training. As such, even minor adjustments to initial entry training may have significant impacts for the PLAAF in terms of reaping the maximum benefit from these two-year conscript/recruits before many of them are demobilized.

Posted by Coatepeque at 8:05 PM No comments:

Personnel of the People's Liberation Army


Today, the U.S.-China Commission released a new report entitled “Personnel of the People’s Liberation Army,” prepared for the Commission by BluePath Labs.


This report examines the people behind the People’s Liberation Army (PLA) and the force’s ongoing efforts to address the Chinese leadership’s longstanding concerns about the competence of its personnel. Topics surveyed include the challenges the PLA faces in improving personnel quality; the force’s recruitment and retention efforts; the expertise, educational, and socioeconomic backgrounds of PLA personnel; the force’s use of both conscription and voluntary recruitment; morale; combat readiness; and the role of politics in the PLA.


Xi Jinping has had continued doubts about personnel competence and loyalty since becoming the Chairman of the Central Military Commission in 2012, and thus has focused on both force modernization and Party loyalty. Despite this emphasis, many commanders are still judged as incapable of properly assessing situations, making operational decisions, deploying forces, or leading forces in a modern, joint, informationized war.
The PLA remains concerned about improving political officers’ operational knowledge, seeking to make political officers an asset rather than a liability in the command tent. Political officers and Party Committees within the PLA are emphasized as the key conduit for ensuring Party control and often play a key role in unit affairs, including in personnel issues and day-to-day training and operations. They often struggle to play a productive role in the latter, however.
The PLA has emphasized recruitment of college-educated and more technically proficient personnel at all levels since 2009. It has succeeded in recruiting more educated personnel, though it continues to face serious challenges with retention and proper utilization of talent.
The PLA has also worked to improve the professionalism of its non-commissioned officer (NCO) corps through a range of new initiatives, with the goal of increasing NCO responsibilities and allowing NCOs to take over billets previously held by junior officers.
Significant changes have been made to improve training and standardize bases and academic institutions, while basic training times have nearly doubled. Most significantly, in 2020 the PLA shifted from a single conscription cycle per year to two cycles per year, with the aim of eliminating uneven levels of unit combat-readiness at certain times of the year.
While progress has been uneven, the sum of these initiatives is likely to produce a PLA that is more educated, professionalized, and technically proficient in the coming years.


The report was authored by Kenneth W. Allen, Thomas Corbett, Taylor A. Lee, and Ma Xiu.


The U.S.-China Economic and Security Review Commission was created by Congress to report on the national security implications of the bilateral trade and economic relationship between the United States and the People’s Republic of China. For more information, visit www.USCC.gov or follow the Commission on Twitter at @USCC_GOV.


DISCLAIMER: This contracted report was prepared by BluePath Labs at the request of the U.S.-China Economic and Security Review Commission to support its deliberations. Posting of the report to the Commission’s website is intended to promote greater public understanding of the issues addressed by the Commission in its ongoing assessment of U.S.-China economic relations and their implications for U.S. security, as mandated by Public Law 110-161 and Public Law 113-291. However, the public release of this document does not necessarily imply an endorsement by the Commission or any individual Commissioner of the views of conclusions expressed in this contracted research report.


Link to the report:  https://www.uscc.gov/research/personnel-peoples-liberation-army

Posted by Coatepeque at 7:43 PM No comments:

Type 81 SR, a SVD-ish rifle show up in the Canadian Market

They should have used the SVD looking furniture instead of PSL furniture. Also, should have based on the long action version of the Type 81 so it could chamber it in 7.62x51 NATO or 7.62x54R. 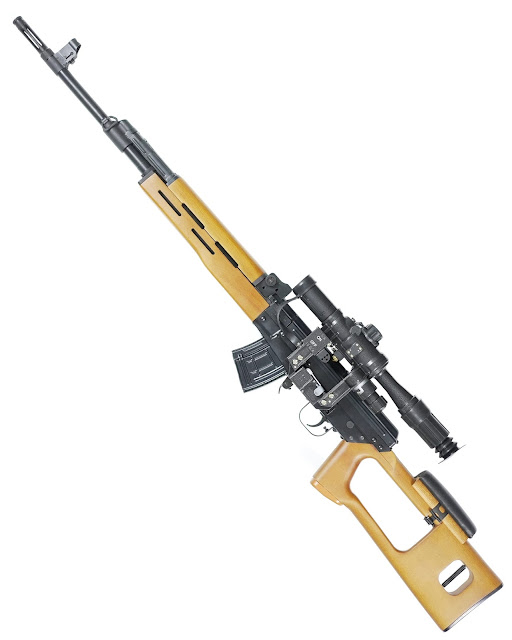 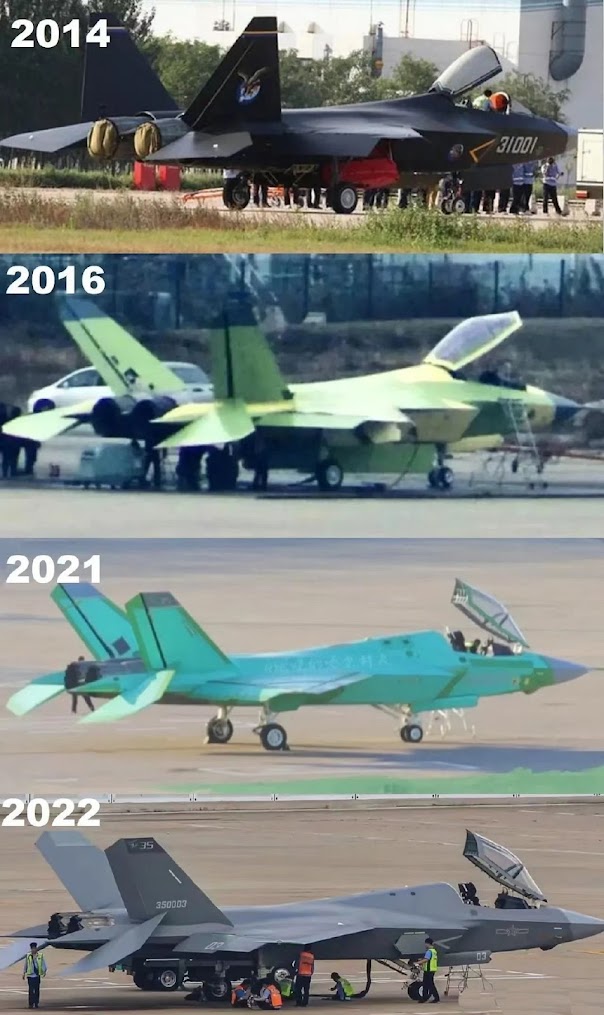 China is offering their new 6x6 IFV to the Argentinean Army

Rumor that the Argentinean Army is looking for an new Infantry Fighting Vehicle. 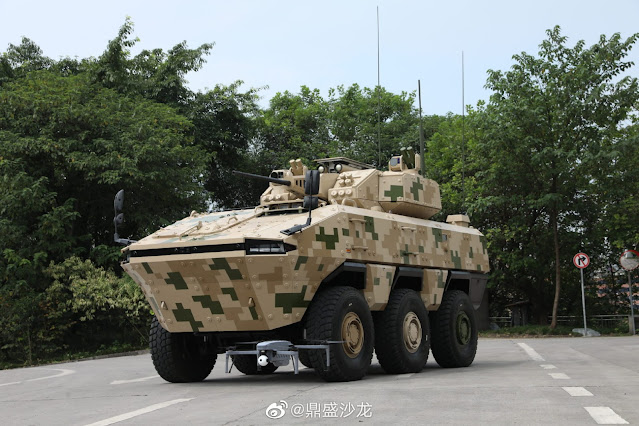 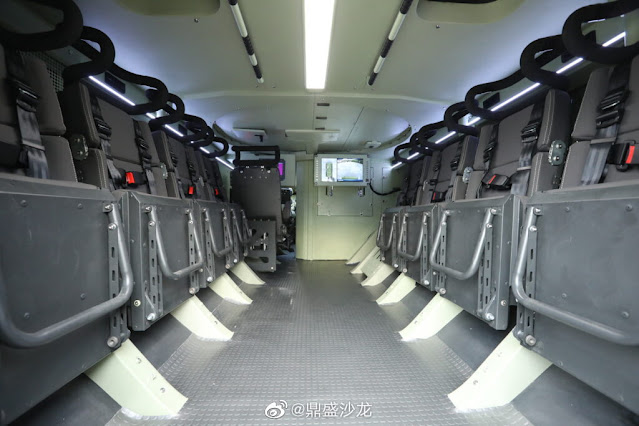 It seems to also has 360 degree cameras and mine protection seats. This new 6x6 chassis is quit a bit taller than the Type 09 8x8 chassis in service with the PLA. The auto canon seems to be the 25mm chain gun instead of the new 40mm telescopic ammo canon shown in the new Chinese prototype IFV design.
Posted by tyan at 9:35 PM No comments:

via link (here) Bomber Unit Training This paper provides information about bomber pilot training with a focus on daily training and over-water training in the Western Pacific and South China Sea, as well as participation in the Golden Dart competition in China and the Aviadarts component of the International Army Games (IAG / ( 国 际 军 事 比 赛 ), which are co -organized by China, Russia, Belarus, Azerbaijan, Kazakhstan, Armenia, and Iran.

It is a follow up to the PLAAF Bomber Organization report that came out on 2 May : https://www.airuniversity.af.edu/Portals/10/CASI/documents/Research/CASI%20Articles/2022-05-02%20PLAAF%20Bomber%20Organization.pdf

Posted by Coatepeque at 6:56 PM No comments: