Petty cool design with the sideway "5" and the "8" and it also placed "1st Division, New Fourth Army" in the middle to highlight its proud history. 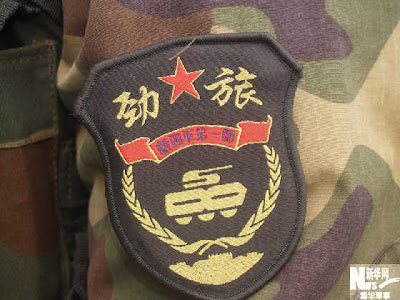 Posted by Coatepeque at 11:25 AM No comments: 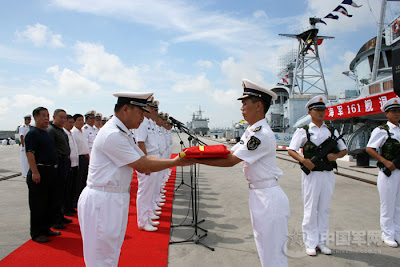 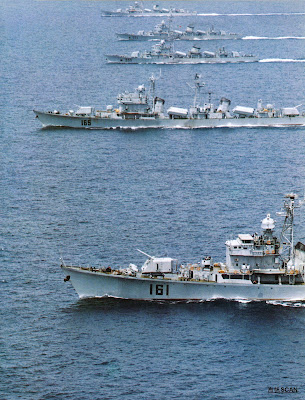 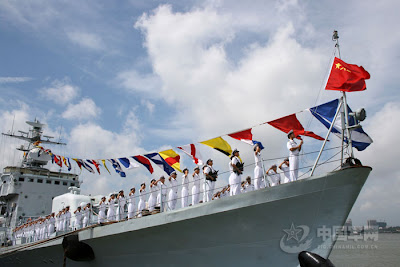 A mechanized division of the Beijing Military Area Command added a seat for the air force unit in its command post in a tactical exercise. This is a new change brought about in this division in the trial training of the new Outline of Military Training and Evaluation.

In the field command center of this division, the reporters saw that seats for the air force unit commanders in the command room and firepower coordinating room had been prepared. When the exercise came to live-fire exercise stage, commanders of the air force units would be there to organize combat and direct the operation together with army division and regiment commanders.

To add a seat for air force unit commander in tactical exercise of the army division and put him in charge of directing and controlling air combat group can help achieve precision coordination between the combat group in the air and combat group on the ground, and make the commanding relationship between the army and the air force units smoother. Deputy Division Commander Huang Yuejin told the reporters that in line with the demand of battles under informationization condition, the new outline has focused on the joint operation and joint training. In order to ensure optimum operational effect of the army-air joint command and joint operation, the division also prepared a seat for an air force guidance personnel in the army regiment assigned to launch main attack.

With the availability of seats at the joint command post, the commander of the air force unit is able to directly command combat force in the air in light of the changing combat situations on the battleground. At the critical operational phase or during the execution of special combat missions, commanders of the army units can also entrust the air force unit commanders to command army's ground attack groups in joint operation.

By Ma Shifu and Tan Zhaoping

Posted by Coatepeque at 4:17 PM No comments:

Every two years, the air forces of Brazil and Venezuela conduct the military operation "Venbra V," in the border areas of Santa Elena de Uairén and Boa Vista.

In the joint military exercise, which ends on Friday, troops from both countries use air surveillance and monitoring equipments deployed in southern Venezuela and northern Brazil in order to perform the tasks of detection, identification, interception and transfer of simulated illegal flights. In addition, military exercises allow the training of both forces in air operations and cooperative security in an area of common interest for both countries.

On this occasion, the Air Defense Command of the Venezuelan Armed Forces will use for the first time the JYL-1 radar, bought from China, with a detection range of 240 miles.

Venezuela will deploy in Venbra V operation, several OV-10 Bronco and AT 27 aircrafts as interceptors, and Cessna 208 Caravan and T206H aircrafts as simulators or targets.

As some of you already noted, I made number of blog entries regarding PLA’s new battalion battle group reform. To follow up, here is a possible Orbat as suggested by folks in China, tell me what you think? 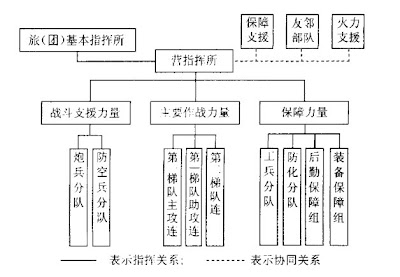 Posted by Coatepeque at 3:08 PM No comments:

An update on the Type 920 Hospital ship I posted on Aug 1st. 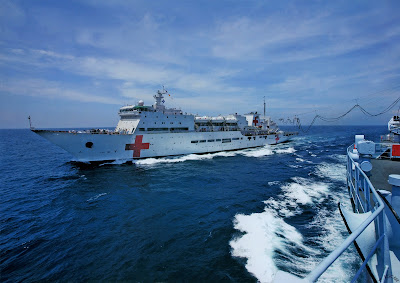 Posted by Coatepeque at 2:50 PM No comments:

I just don’t see the reason for PLA to have its own boat patrol unit as PRC already has four paramilitaries in addition to the Navy to patrol its coastal line. There are a lot of duplications here as its duties can easily be replaced by PAP’s anti-smugglers units. 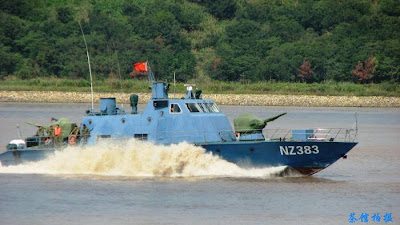 Here is a photo of a common PAP patrol boat 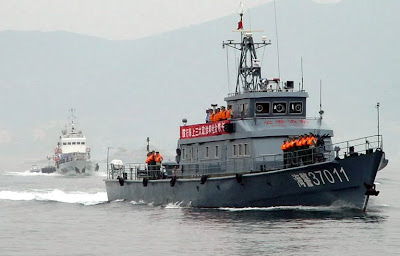 Imagine if they have a few of those An-124 heavy transports on hand to airlift heavy specialized rescue equipments during the first 72 gold hours of the recent earthquake, how many more lives could have been saved? 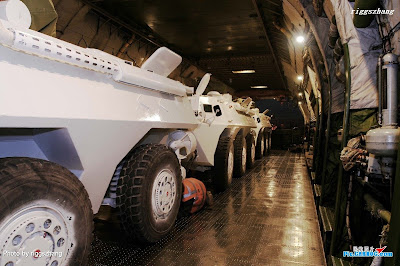 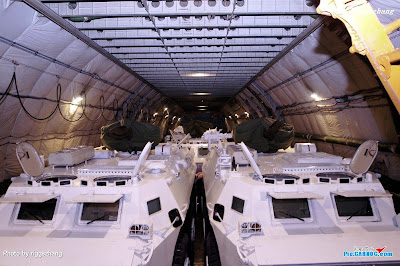 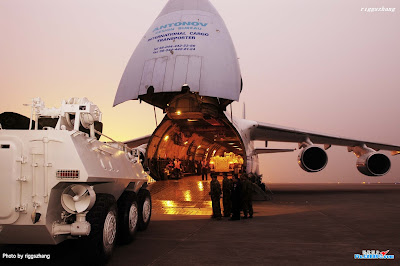 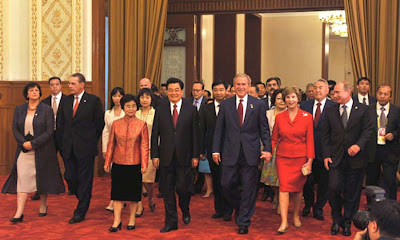 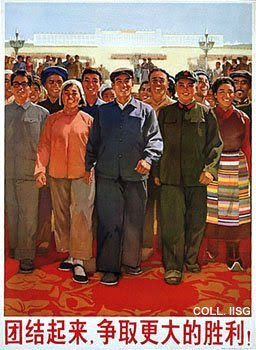 Posted by Coatepeque at 4:16 PM No comments:


This site may contain copyrighted material the use of which may not always
have been specifically authorized by the copyright owner. this site is
making such material available in its effort to advance understanding of
defence, military, world strategic developments, anti-terrorism issues and
tactics, humanitarian, education, democracy, and social justice issues, etc.
We believe this constitutes a 'fair use' of any such copyrighted material as
provided for in section 107 of the US Copyright Law. In accordance with
Title 17 U.S.C. Section 107, and such (and all) material on this site is
distributed without profit to those who have expressed a prior interest in
receiving the included information for research and educational purposes.
For more information go to:
http://www.law.cornell.edu/uscode/17/107.shtml. If you wish to use any
copyrighted material from this site for purposes of your own that go beyond
'fair use', you must obtain permission from the copyright owner.
Posted by Coatepeque at 10:51 AM No comments: