Type 529
perhasp previous remrcs premature.
Strange gun installation (!) Perhaps no true gun at all but watercanon for riotdispersal (greenpeace?) or firefighting. Anyone has any pics with uncovered guns??? 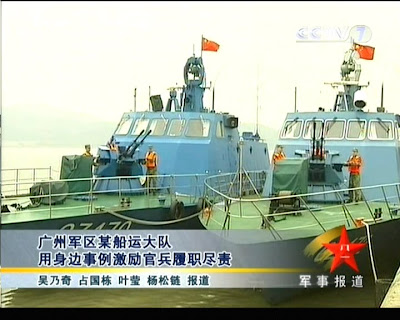 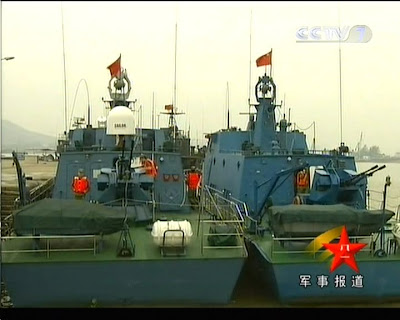 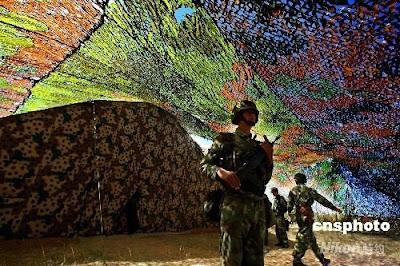 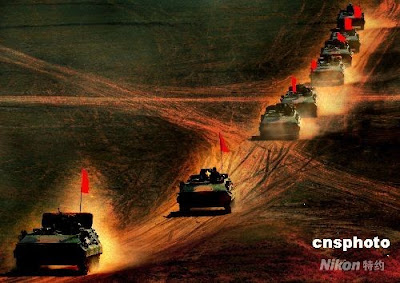 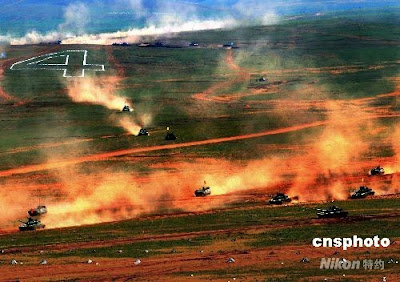 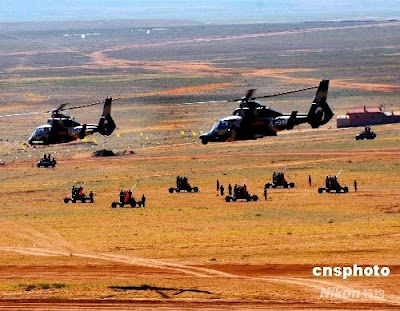 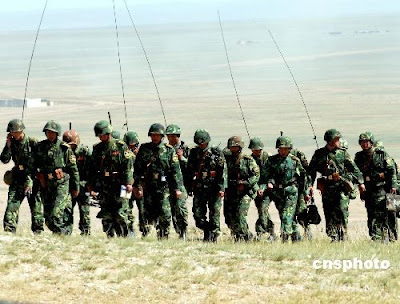 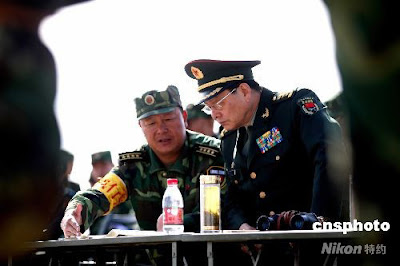 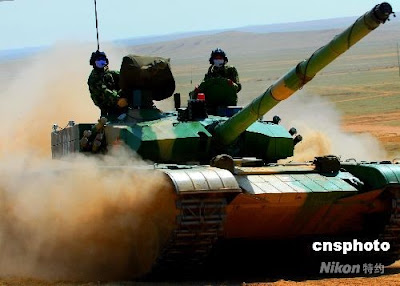 Ankara 10 Aug 08 (AA) -Defence Industry Under Secretary Murad Bayar said that four serious candidates had been found for the procurement of a long-range, high-altitude air defence system and that talks with these four countries were under way.

Bayar replied to the AA journalist's questions about the air defence systems that Turkey is planning to purchase.

Underscoring that there were four serious contenders for the long-range, high-altitude air defence system, Bayar said these were the United States , Russia , China and Israel .

The Long-Range Regional Air Defence and Missile Defence System Project is designed to provide Turkey with regional air and missile defence against all air threats.

The project will see four batteries purchased in the first package for the Air Force with four more batteries being purchased at a later date making eight missile defence batteries in all.

Emphasizing that talks were underway with four countries including Russia for a long-range, high-altitude air defence system, Bayar said that the s-300 [NATO designation SA-10 Grumble and SA-20 Gargoyle for the extended range version] was currently in production but that this production line was going to be upgraded to the s-400 [NATO SA-21 Growler] and that Turkey was interested in the s-400.

Following a bad showing in the Iraq War the United States Patriot system has been upgraded and is now effective against tactical missiles and non-missile aerial vehicles.

The Chinese seem to be experts in the area of medium altitude air defence systems.

Russia is particularly boastful of its long-range, high-altitude systems the s-300 and s-400.

Russia also says it can carry out joint production of these missiles.

Turkish firms are expected to contribute with the production of certain sub-systems.

Two of the long-range air defence systems, which are planned to go active in 2010, are expected to be deployed in Ankara and Istanbul while the other two should be deployed according to threat assessments.

Turkey 's requirement for a long-range anti-air and anti-missile system first emerged during the United States operations against Iraq in 1991 and 2003. During those operations NATO mobilized its own assets and deployed Patriots to Turkey . Patriot systems provided security against Iraq 's Scud missiles.

Turkey first met the Patriot system during the 1991 Gulf War. Patriots were successfully used against Iraqi Scuds by both Israel and Saudi Arabia . The air defence radars used by the land-based Patriot system can detect a target up to 100 km [ 62 miles] away destroying it within 15-20 seconds. Patriots have a range of 70 km [ 45 miles].

There are two alternatives to Patriot. The first is the Russian-built s-300 system. Turkey first heard of the s-300 when the Greek Cypriots purchased it for deployment in southern Cyprus in 1997. The s-300 system has a range of 150 km [ 90 miles], can reach an altitude of 27 km and can lock onto a target and fire within 8-10 seconds.

The third option is the Israeli Arrow-2. Produced with US help the Arrow-2 has a range of 100 km and can reach an altitude of 50 km.

Defence sources say that Russia has developed the s-400 after thes-300, and that this system outperforms both the Patriot and the Arrow. The same sources say that Russia is not currently offering the s-400 for sale but add that the s-400 may be purchased during talks for the s-300. The s-400 is known as a 5th generation air defence system. Its performance is double that of the s-300 with a range of 400 km. The s-300 can fire six missiles simultaneously while the s-400 can fire 12. They can hit targets travelling at 2,800 meters a second.

Defence Industry Under Secretary Bayar said that the next phase for the purchase of ready-to-go low-and medium-altitude air defence systems would be calling for bids.

There is currently no system in the TSK [Turkish Armed Forces] inventory for long-range missile and air defence. Turkey still uses the Rapier and pedestal-mounted Stinger for short-range defence and the modernized I-HAWK for medium range defence.

How The System Works

During the operation of high-altitude air-defence systems once it has been determined that enemy missiles are headed for Turkey the air defence systems and their associated batteries are alerted, also with satellite help.

Air defence systems are able to stop enemy missiles some 50-300 km away.

The most detailed report on PLA’s brigade-ization and Battalion battle group reform from PLAdaily, someone should translate this…..

据悉，编制体制调整后，该集团军所属部队，无论师旅，专业基础训练成绩每年都以3%左右的幅度提高；分队军官和士兵达到技术能手标准的比例，每年提高5%左右。
Posted by Coatepeque at 10:58 AM No comments:

"We are returning to the contract and renegotiating the price of these planes," Mikhail Zavaliy, a Rosoboronexport official told reporters at an air show in the Krasnodar Region.

According to the 2005 contract between Rosoboronexport and China's Defense Ministry, worth $1.5 billion, Russia was supposed to deliver 34 Il-76 Candid medium-range military transport aircraft and four Il-78 Midas aerial refueling tankers.

The first deliveries under the contract were due to begin in 2007, but in 2006, Uzbekistan's Tashkent Chkalov Aircraft Association, the manufacturer of the aircraft, refused to sign a production contract with Rosoboronexport at the contract price.

As a result, the agreement was delayed, and Beijing suspended negotiations on this and several other military contracts with Russia.

Since then, the Tashkent-based company has become part of Russia's United Aircraft Corporation, and the planes will now be assembled at an aircraft manufacturing plant in Ulyanovsk in central Russia, the official said.

Take it for what it is, a starting point for debate, nothing more, nothing less.

BEIJING, Sept. 4 (Xinhua) -- China has reported its 2007 military expenditures to the United Nations (UN), the second time it has done so since it started participating in the UN Military Budget Transparency Mechanism last year.

The report provides more information than the previous submission, including basic data of the country's military spend for the latest fiscal year. It also explained the main purpose of the expenditures, Foreign Ministry spokeswoman Jiang Yu said here at a regular news briefing.

This demonstrated again that the Chinese government attached great importance to the issue of military transparency, and actively improved mutual trust with other countries in the military field, she added.

Since last year, China has participated in the UN Military Budget Transparency Mechanism and returned to the Conventional Weapons Registration System, two major mechanism of the UN concerning military transparency.

The UN Military Budget Transparency Mechanism came into being in 1980 when the UN General Assembly approved resolution 35/142 entitled "Reduction of Military Budgets." It introduced the UN system for standardized reporting of military expenditure.

Currently, more than 110 nations have joined the system.
Posted by Coatepeque at 9:44 AM No comments:


Most recent photos of DD163 taken in Lushun, Dalian 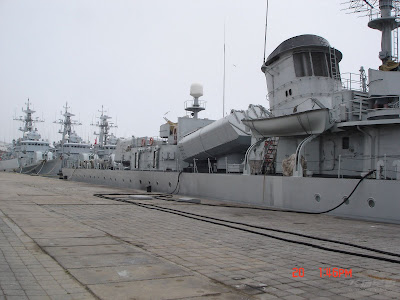 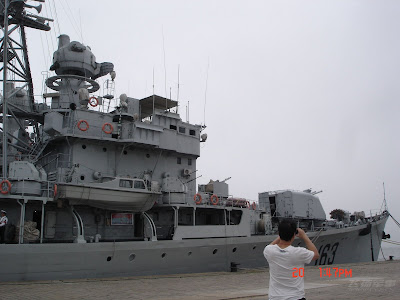 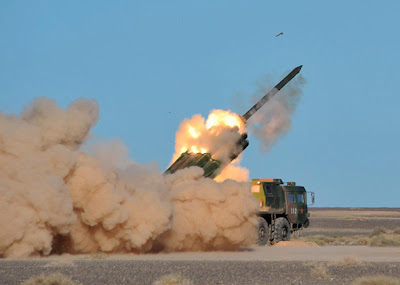 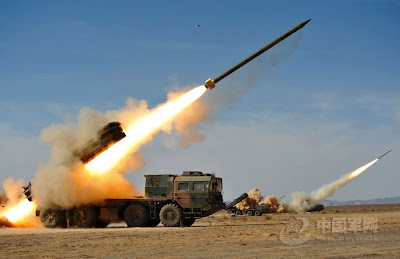 Posted by Coatepeque at 12:05 AM No comments: