Another must read: Kenneth W. Allen's latest article on the PLA "Early Warning Brief: The PLA’s Military Diplomacy Under COVID-19"

To the full article posted at the The Jamestown Foundation, click the link (here)

The People’s Liberation Army (PLA) has been responsible for conducting military diplomacy since the founding of the People’s Republic of China (PRC) in 1949. In the 1950s, military cooperation was limited almost entirely to other communist nations and insurgent movements in Southeast Asia. In the late 1970s, the scope and tenor of China’s foreign military cooperation changed with the shift to commercial arms sales, attempts to gain some influence in Eastern Europe, and improvement in relations with the United States (U.S.) and Western Europe. By the 1980s, China had also developed close military ties with Egypt, Tanzania, Sudan, Somalia, Zaire, and Zambia in Africa. The change reflected China’s desire to counter Soviet influence, especially in Europe, as well as to develop relations with modern armed forces. Chinese military ties with Western European countries were strongest with Britain, France, and Italy. Chinese military relations with the U.S. developed rapidly in the 1980s and included exchanges of high-level military officials and working-level delegations in training, logistics, and education, as well as four foreign military sales (FMS) projects 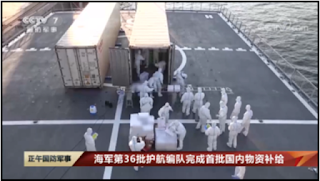 A screenshot from state media shows the supply ship Dongpinghu (Hull 960) from the PLAN’s 36th ETF to the Gulf of Aden conducting in-port replenishment at the Port of Djibouti in December 2020. Official reports emphasized that the supplies were purchased through domestic channels and transported under rigorous sterilization, inspection and quarantine measures due to the ongoing pandemic. (Source: China Military Online).
Posted by Coatepeque at 8:38 PM No comments:

It's just a model 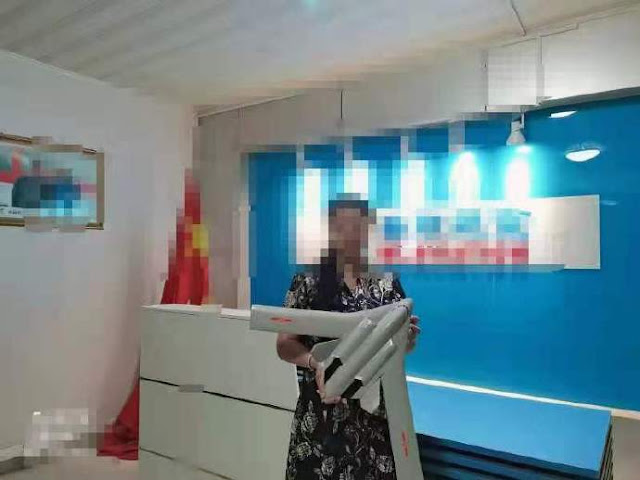 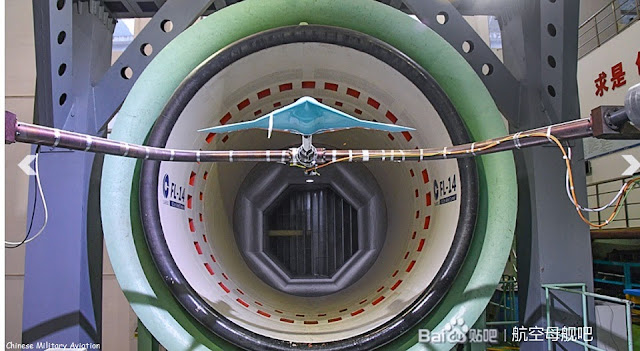 Finally a "real" tank for the China Marine. 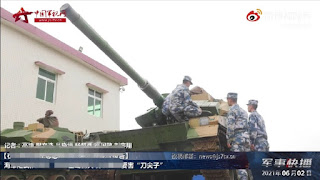 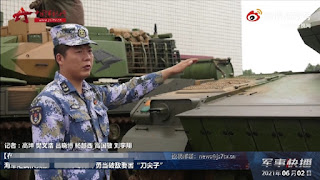 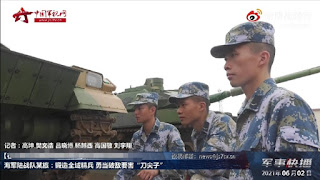 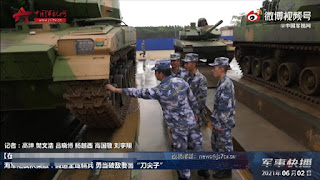 Posted by Coatepeque at 10:41 PM No comments: