Another warning shot to the Burma Military.

China Army Carries Out Drills on Burma Border Amid Tensions


BEIJING, China — China’s military carried out drills along the border with Burma on Tuesday, in a show of force to highlight its resolve to protect its people, state news agency Xinhua said, following clashes between the Burma Army and ethnic rebels.

Fighting this month in Burma pushed thousands of people into China to seek refuge, prompting Beijing to call for a ceasefire between ethnic militias and the security forces.

Xinhua said the joint land and air exercises were part of planned annual drills, but did not say exactly where they took place.

It quoted a Chinese army colonel as saying the exercises showed “the People’s Liberation Army’s resolute resolve” to protect the security of the border and the lives of residents there.
In accordance with existing agreements, China informed Burma’s military ahead of the drills, it added.
China has repeatedly expressed concern about fighting along the border that has occasionally spilled into its territory, for instance in 2015, when five people died in China. 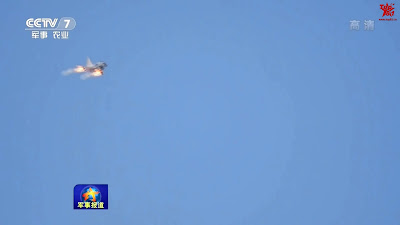 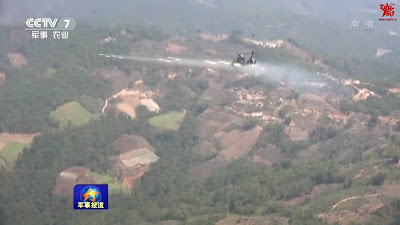 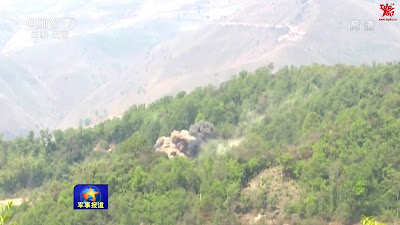 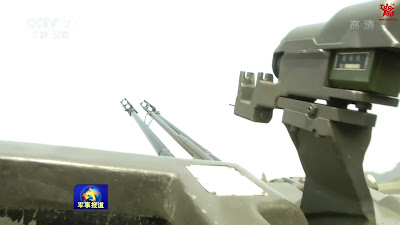 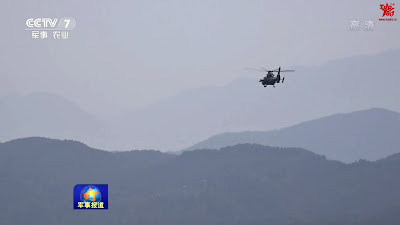 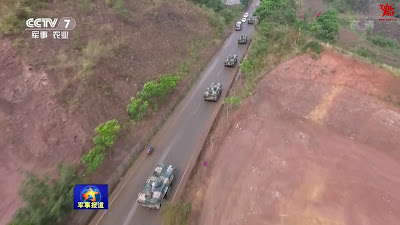 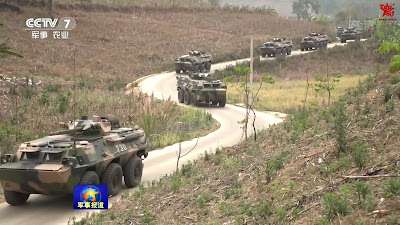 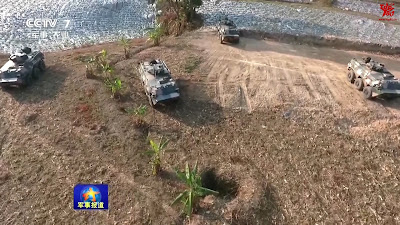 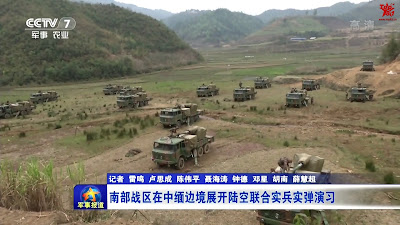 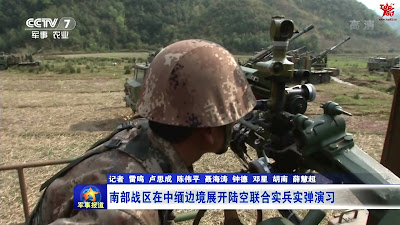 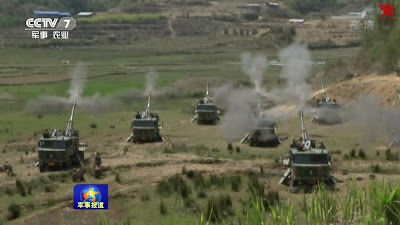 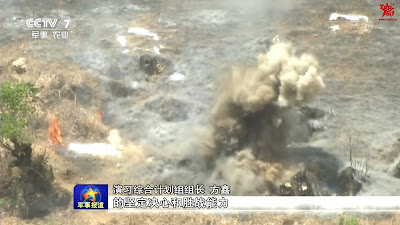 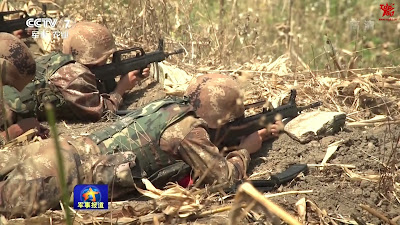 The Limit of China’s Influence?

As the conflict between the Kokang army and the Burmese Military subsides, two unexpected developments have unfolded -- The speed of the Burmese military advance and the limit of China’s influence over the course of the event.

Before the current clash began, the Burmese military seized all reinforcement routes between the Kokang army and its allies making speedy reinforcement difficult. A force of 2,000 Wa soldiers had initially come to the assistance of the Kokang, but they retreated Friday. The Karen army is now under Burmese attack and it was also unable to send reinforcements. In addition, Bai Souqian, The Kokang Army’s second in command, defected to the Burmese military with 200 troops and opened the town of Laogai to allow for Burmese occupation. After a week of fighting with hit-and-run tactics and mortar strikes from nearby hills, the 700-strong army fled when two additional Burmese divisions (7000 troops) arrived in Laogai. After reaching the safety of Yannan, they handed their weapons to the Chinese authority and purchased civilian clothing. The Kakang Army suffered minor causalities and is currently safe inside China. However, their future viability is in question.

The Chinese government issued a rare statement to the Burmese Government to "properly handle domestic problems and maintain stability in the China-Burma border region." China has taken care of the refugees but it seems they have done little beyond that: there was no active support to the Kokang Army as others have suggested. The failure of the Chinese Government in preventing this conflict and the mass exodus of ethnic Chinese puts into question China's capability of maintaining peace in this region. While China supports the Burmese Government in preventing ethnic groups from seeking independence, she failed to live up to the “quid pro quo” role of protecting Burma's minorities (here)

All in all, it was a well-planned and well-timed operation by the Burmese Military in a classic divide-and-conquer move and so far they have succeeded in their objective of routing the Kakang Army with minimal casualties and without strong China interference. They've now moved their attention to the next target, the Karen.

The real loser of this battle might be the Kokang civilians as their lively-hood has been looted by the advancing troops and their autonomy replaced by a “Kokang Region Provisional Leading Committee” under the control of the Rangoon government. Since the cease fire of 1989, the Kokang has become one of the few economic “bright spots” and a busy regional trading center (the planned route for Burma’s largest natural-gas pipeline from western Burma to China runs near the Kokang region). Returning civilians can only hope that their new Provisional Leading Committee does not kill the goose the laid their golden egg.

BANGKOK — The Myanmar military has overwhelmed rebels from an ethnic Chinese minority in the northern reaches of the country, the junta’s second victory over armed opponents in three months.

The routing over the weekend of the forces of the small, Chinese-speaking Kokang ethnic group gives Myanmar’s governing generals momentum in their campaign to quell armed opposition before elections and the adoption of a new Constitution next year.

Several well-armed groups, notably the Wa and Kachin, still stand in the way of the junta’s goal of complete control over the country. But a recently announced agreement of solidarity among the rebel groups, which had the potential to slow the central government’s advance against the Kokang, may be fraying.

The Myanmar government’s strategy, analysts say, appears to be to challenge the groups one by one and to try to capitalize on the many factions within each group.

In June, the military defeated ethnic Karen insurgents along the border with Thailand, aided by a local militia of Karen Buddhists who led an attack on forces that were largely made up of Karen Christians.

To defeat the Kokang, the small ethnic group in the north, the junta allied itself with a defector and chased out troops loyal to the Kokang’s chairman, Peng Jiasheng.

A force of 2,000 Wa soldiers had initially come to the assistance of the Kokang, but they retreated Friday, according to Aung Kyaw Zaw, a former rebel based on the Chinese side of the border. This appeared to undercut a mutual-assistance agreement that the rebel groups reached several weeks ago.

Late on Sunday, Myanmar’s official media broke their silence on the fighting with a television broadcast announcing that clashes had ended and providing what appeared to be a preliminary death toll of 26 members of government security forces and 8 Kokang militiamen, The Associated Press reported. “The region has now regained peace,” the official announcement said.

Chinese state media said that two Chinese citizens had also been killed in the fighting.

News services reported from southern China that Kokang forces were continuing to flee across the border into China on Sunday on the heels of what United Nations and Chinese officials estimated were as many as 30,000 civilian refugees. Nearly half the estimated 1,500 members of the Kokang militia have crossed the border and handed their weapons to the Chinese authorities, according to Mr. Aung Kyaw Zaw.

The central government’s assaults on the Kokang, which began last week, have put other ethnic groups on alert, according to Brang Lai, a local official in the Kachin headquarters in Laiza, along the Chinese border.

“People are very concerned,” Mr. Brang Lai said in a telephone interview. On the Chinese side of Laiza, residents have put Chinese flags on their roofs in the hope that they will be able to avoid any additional fighting. Officers from the Myanmar military’s Northern Division were in Laiza over the weekend to call for calm, Mr. Brang Lai said.

Followers of Mr. Peng, the Kokang’s chairman, were spotted by reporters on the Chinese side of the border buying civilian clothes to replace their militia uniforms.

“There was no way we would win,” Ri Chenchuan, a Kokang rebel, said as he shopped for new clothes, The A.P. reported.

The Myanmar government has signed more than a dozen cease-fire agreements with ethnic groups over the past two decades, but the fighting with the Kokang raised questions about the military’s intentions.

Aung Din, executive director of the United States Campaign for Burma, an advocacy group that opposes the junta, said the generals apparently had adopted a more aggressive posture, partly influenced by the Sri Lankan government’s military victory over Tamil rebels in May.

Sri Lanka’s president, Mahinda Rajapaksa, met with Myanmar’s generals in June in what was his first overseas trip after the defeat of the Tamil Tigers. The visit might have inspired Myanmar’s senior general, Than Shwe, who has spent much of his military career battling ethnic groups, Mr. Aung Din said.

“It was an encouragement to the regime to do away with the insurgency once and for all,” Mr. Aung Din said. “Their thinking has changed.”

The motives and strategies of Myanmar’s leaders have long been difficult to divine. General Than Shwe is a very secretive man and the state-run media are highly selective in their reporting. The report on Sunday evening was the first time they had mentioned the campaign against the Kokang.

The fighting appears to have strained Myanmar’s relations with China, especially since the Kokang are ethnically Chinese. The Chinese Foreign Ministry warned Myanmar on Friday to “properly handle domestic problems and maintain stability in the China-Myanmar border region.”

Analysts said that the Chinese government had asked Myanmar’s generals to refrain from initiating military campaigns before the celebration of the 60th anniversary of the founding of the People’s Republic on Oct. 1.

In that light, China could view Myanmar’s campaign as provocative, especially since China is a large investor in Myanmar and plays the role of the junta’s protective big brother in the United Nations and other international forums.

Mr. Aung Kyaw Zaw said he suspected that the Myanmar generals wanted to demonstrate their independence to Chinese leaders. Their message, he said, is that “if we want to fight along the border, we can fight.”

“This is a political game,” he added.

Judging from those photos, the fight between the Kokang army and the Burma military (Tatmadaw) was done mostly by small arms. 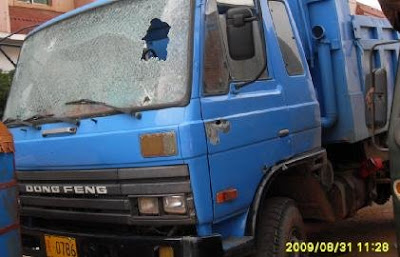 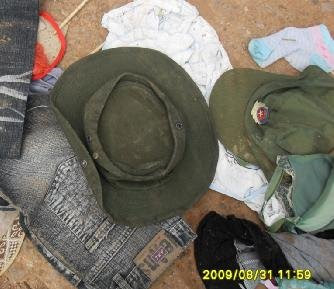 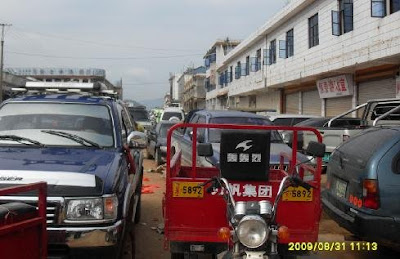 Myanmar National Democratic Alliance Army (MNDAA) today. Last week, it was reported that after reaching the safety of Yannan, they handed their weapons to the Chinese authority and purchased civilian clothing. 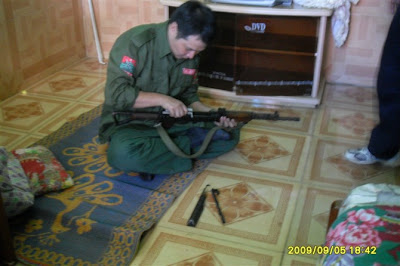 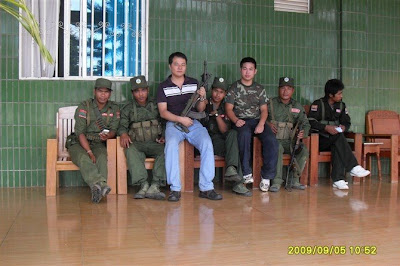 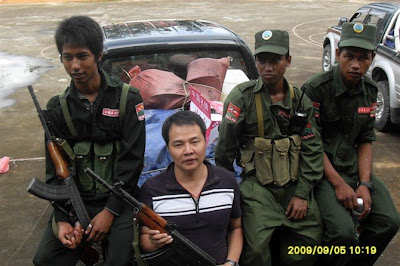 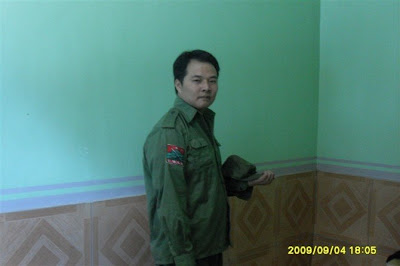 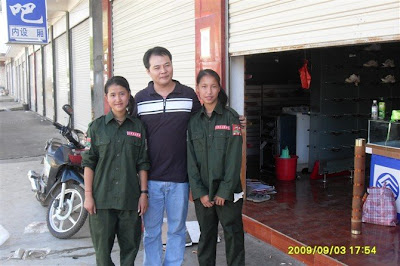 The article is from MSM Reuters, it is not a credible source for it is a part of the western world's MSM fake news service.