Here it is, the first artist's impression of China's long-range strategic bomber project looks like from a semi-official source

May 2018's Aerospace Knowledge magazine cover.  Word of caution here -- it is only an impression at this point. 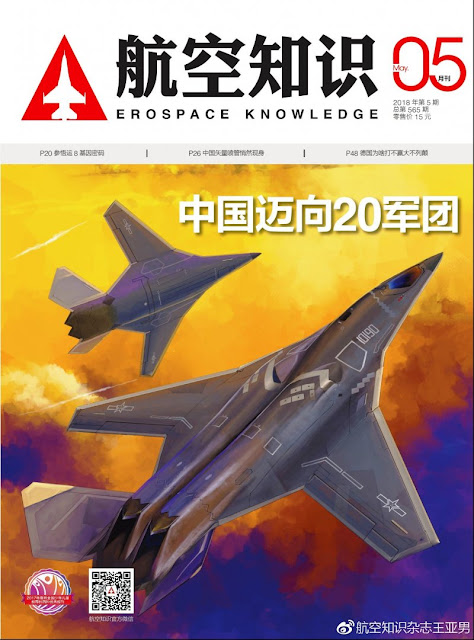 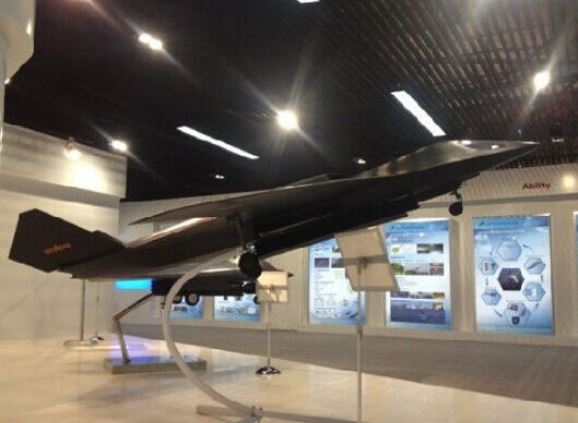 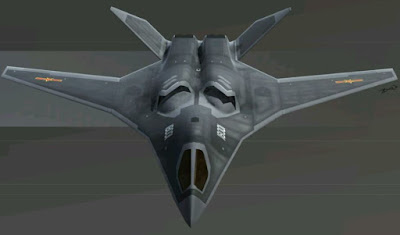 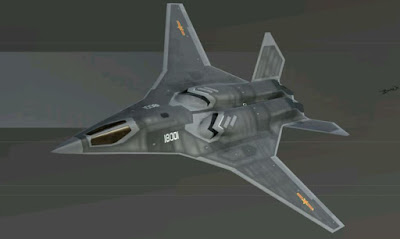 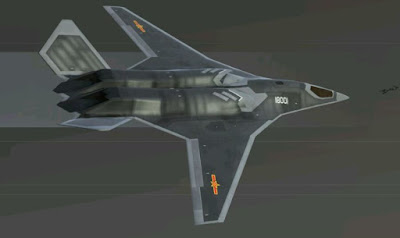 China needs to develop a long-range strategic bomber to strike adversaries farther away from its coast in the event of conflict, state media reported Tuesday, quoting defence experts.

Beijing has been steadily beefing up its military through years of double-digit increases in defence spending, rapidly expanding its naval power, commissioning its first aircraft carrier and adding to its submarine and surface fleets.

But the government-run China Daily newspaper said in a full-page article that a recent military meeting had deemed the country's air force a "strategic force", citing the latest issues of Kanwa Defense Review, a Canada-based defence and weapons technology publication.

The title had previously been reserved for the military's Second Artillery Corps, which the paper described as China's "de facto strategic missile force".

The meeting agreed that a long-range strategic bomber would enable the air force to attack farther out into the Pacific Ocean, the paper quoted Kanwa Defense Review as reporting, as far as the "second island chain".

Chinese strategists conceive of the "first island chain" as the arc stretching from Japan to Taiwan, which includes numerous US military bases on the Japanese island of Okinawa.

The second chain refers to islands farther east in the Pacific, including the Marianas, the Carolines, and the US territory of Guam with its Andersen Air Force Base. A third "island chain" encompassing Hawaii is also sometimes mentioned.

China's increased military posture has come as Beijing asserts its territorial claims in the East and South China Seas, where it has disputes with several Asian neighbours including Japan and the Philippines.

Its moves have raised tensions with the United States, still the region's top military power.

A capacity to strike the second island chain would hinder foreign militaries from intervening in "an emergency or conflict", the China Daily said, citing the report.

In May, China's State Council, or cabinet, said in a white paper that the country would project its military power further beyond its sea borders and more assertively in the air.

The Chinese military defines a long-range strategic bomber as one that can carry more than 10 tonnes of air-to-ground munitions and with a minimum range of 8,000 kilometres (5,000 miles) without refuelling, the China Daily said.

"A medium-range bomber can't essentially fix the PLA air force's shortcomings in terms of strategic strike and strategic deterrence," it cited one of the reports as saying. "Thus the air force does need an intercontinental strategic bomber capable of penetrating an enemy's air defences."

But the China Daily quoted the publication's deputy editor-in-chief Wang Yanan as saying such an aircraft would require "a state-of-the-art structure and aerodynamic configuration as well as a high-performance turbofan engine".

"All of these are major problems facing the Chinese aviation industry," he added. "I don't think these difficulties can be resolved within a short period of time."
Posted by Coatepeque at 3:07 PM

Considering the time involved in developing a new strategic bomber, can we expect a new version of the H-6 to appear in the meantime?

The naval is getting an updated H-6KH (H standards for Hai, or navy) I won't be surprised if minor variants of the trusted H-6Ks are in the pipe.

This is an artist's impression of a CANCELED (presumably) bomber project, which was shown in model form but never progressed beyond that, dating all the way back to 2013. This has nothing to do with China's actual next-generation strategic bomber project, which all credible sources indicate will adopt a flying-wing configuration for intercontinental strike.

Also, take note that the actual article within the magazine used a completely-different computer-generated placeholder image. Don't pass this stuff on as "semi-official" without actually digging up the contextual side-story.