1st AD linage can be traced back to Yunan Artillery school, where the Jehol Artillery Brigade was commissioned in May 1948, under the command of Hebei, Chahar, Rehe and Liaoning MR.

In November 25th 1948, it was reorganized as 1st AD, North-East Field Army with 1st, 2nd and 3rd regiments, totaling about 9605 personal with Peng Jingwen as the Division Commander. It was transferred to 4th Field Army on April 20th 1949 and on August 18th all three regiments were renamed as 25th, 26th and 27th.

On October 8th, 1950, it entered Korea as 1st People’s Voluntary Army (PVA) Artillery Division and saw action supporting the 39th Army around Unsan area and engaged the US 1st CAV Division, it took part in the ambush of the 8th US CAV Regiment and 12th ROK Regiment, 1st ROK Division during the following month.

All regiments returned back to China in January 1953 and assigned coastal defense missions with the 38th Army. On October 1953, it was assigned an additional regiment, the 33rd from the 2nd AD. Its strength was boosted again to a total of 5 regiments, when it took control of the 209th Regiment from the 22nd AD on February 1954.

On October 1954, the 33rd Regiment was transferred out to form the newly created 10th AD and it received 44th Regiment, 5th AD to backfill the open slot and it was renamed as 52nd Regiment. 1st AD was transferred to Guangzhou MR on February 7th 1957.

The 1st AD took part in some of the heaviest fighting during the Sino-Vietnam war of 1979 in the Eastern Front, organic to the Guangzhou MR HQ, and under the command of Xu Shiyou.

It stayed in the southern boarder area until 1986 and on May 5th 1980, elements of the 25th Regiment supported 3rd Guangxi Independent (Boarder Guard)Division in the battle of Facar Shan. The 3rd company, 25th Regiment was awarded “Hero Unit” citation as the result.

Three large scale artillery battles (April 2nd to May20th 1984, February 21st to March 22nd 1985 and January 2nd, 1986) were conducted by the 1st AD in Guangxi before it was returned home to Guangzhou;

During the first 1984 artillery battle, the 1st AD battle-tested four imported British Green Archer Mark I artillery radar for its Type 59-1 field guns and quickly eliminated the Vietnamese artillery positions. This heavy advantage in artillery gave the PLA the needed edge in winning the 1984 war. The PLA was so impressed with the artillery radar’s combat performance; they later brought the production license for the Green Archer series.

The 1st AD was the first PLA unit to be equipped with the American AN/TPQ-37 Firefinder radar and in January 2000, it was cited as first fully digitalized PLA Artillery Unit. It was inspected by CMC Vice Chairman General Xu Gaihou on April 3rd, 2009. 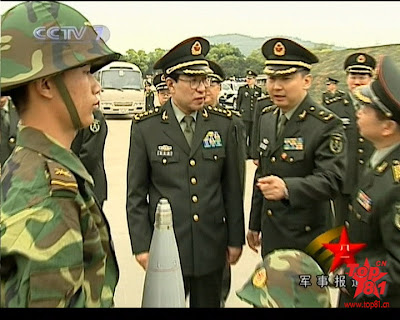 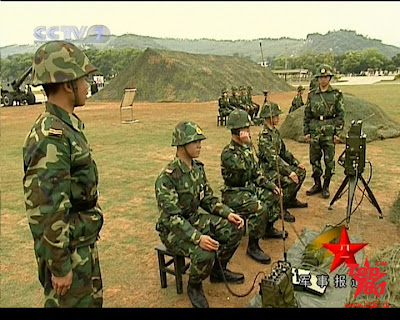 Posted by Coatepeque at 1:47 AM