Oh yeah, she can dance too. Sexist and Stupid, whatever happened to "Hold Up Half The Sky?" 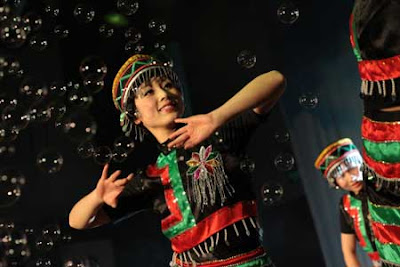 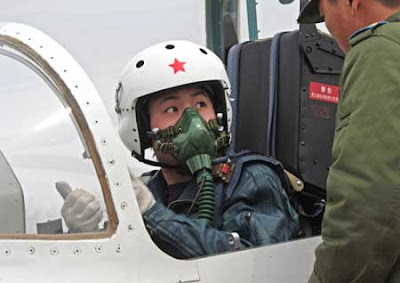 Pilot trainee Tao Jiali prepares for a flight in China, March 29, 2009. China's first batch of female jet fighter pilots were conferred the rank of lieutenant on April 2. The 16 pilots, aged 21 to 24, graduated after 44 months of training. They will take part in the National Day parade to be held in October to mark the 60th anniversary of the founding of the People's Republic of China, a military source said. (Xinhua/Tan Chao)