An update on the JF-17 fighter in Pakistan

Thanks jawad for the news!

On his arrival at the Base, he was presented with guard of honor. He also reviewed the parade presented by the base personnel.

While addressing a joint session of Airmen, the Air Chief said, "The cardinal points of my vision are Integrity, Professional Excellence and Teamwork. The top most priority will remain operational preparedness of PAF.

Today, the PAF is passing through transit phase, we will be handling and operating old and new weapon systems of various capabilities, you are required to maintain these assets for their optimum performance.

The induction of new systems program is on track. These systems will requiring knowledge based training, thus my focus will be on modern training techniques and no flight safety. All measures and quality assurance procedures must be adopted for preserving the assets of PAF".

While talking to the pilots, the Air Chief said, "you are cutting edge of PAF and nation pins high hopes on you to defend, deliver and sacrifice and keep up the glorious traditions of PAF air warriors".

He emphasized upon them to maintain the highest level 4 of standards pertaining to various aspects of Air Operations. Whenever there has been a crisis in the past, PAF has always come up to the nation’s expectations and that’s why we are called "Pride of the Nation". 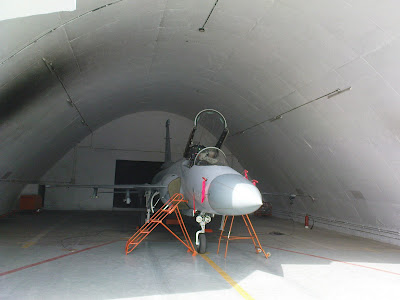 Posted by Coatepeque at 1:52 PM