I don't think it will be a fair match. However, the fact that PRC is offering their SAM to Turkey, a member of NATO, shows a degree of new found confidence by PRC's defense firm.

Here is a brief background on the HQ-9 system:

HQ-9 is an improved Russian S-300 SAM system with radar guidance incorporated US based technologies (SJ-231), possibly Lockheed’s Patriot’s Track-via-Missile (TvM). The TvM active radar homing guidance allows the HQ-9 to have a limited anti-ballistic missile capability up to 150 km in addition to the traditional anti-aircraft role.


It's naval version, HQ-9A, is currently fielded in PLAN’s Type 052C destroyer and has been spotted in number of Chinese cities included Hong Kong and Shenzhen as a replacement for the older HQ-2 systems.

The HQ-9 version offered to Turkey is likely to be the HQ-9B, an improved version with dual-mode semi-active radar seeker in addition to IR imaging. 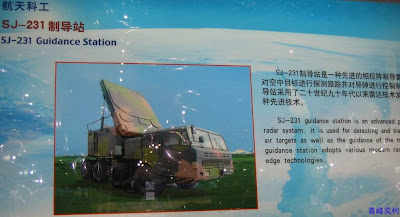 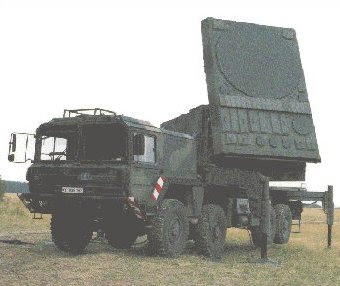 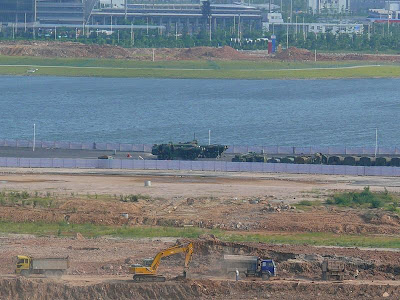 Lockheed Martin says the Patriot Advanced Capability-3 (PAC 3) missile defense system is the ultimate line of defense against enemy airborne threats.
Along with increasing risks emanating from countries in Turkey's neighborhood has come increasing competition amongst the world's leading defense companies for contracts to build elaborate defense systems that will reduce threats to Turkey's security.

Lockheed Martin, the world's largest defense contractor, is teaming up with Raytheon in Turkey's tender for the acquisition of long-range missiles and hoping to become the company that will ultimately supply Turkey with what it says is the ultimate line of defense against enemy airborne threats: the Patriot Advanced Capability-3 (PAC 3) missile defense system.

However, the challenges posed -- not only by the effects of the ongoing economic crisis and the possible restructuring of defense budgets, but also by competition from countries not listed amongst the US's allies -- represent significant obstacles to negotiations.

Having admitted to the media on a number of occasions that Turkey currently has no defense against ballistic missiles, Undersecretariat for the Defense Industry (SSM) head Murad Bayar has said that a request for proposal (RFP) will soon be issued for the direct purchase of a long-range air and missile defense system intended to counter both missiles and aircraft. The project, valued at some $4 billion, will include the purchase of about 12 systems and follows a request for information (RFI) initially issued in March 2007. Turkey plans to announce the winner of the project by the end of 2009.

According to Dennis Cavin, vice president of Lockheed Martin's business development for missiles and fire control department, the RFP has already gone out. He reported that a couple of weeks ago, when Turkey issued the RFP, it went not only to US companies, but also to Russian and Chinese companies. Both letters of request (LOR) and letters of offers and acceptance (LOA) were reported as having been submitted.

While US companies Lockheed Martin and Raytheon have jointly offered a combination of PAC-3 and PAC-2 low-to-high-altitude surface-to-air missiles (SAMs) to be purchased through US foreign military sales (FMS) credits, the China National Precision Machinery Import and Export Corporation (CPMIEC) has offered the HQ-9 (reported export designation FD-2000) air-defense system. Turkey is hoping Russia will offer its more advanced S-400 defense system, which many suspect of having been manufactured with much Chinese input.

However, Washington has been pressing Ankara to consider potential NATO interoperability problems that could occur should Turkey opt for a non-Western solution.

Offsetting, the process of maximizing domestic input into defense expenditures, has been set at 50 percent by the Turkish authorities and offset negotiations are said to have begun between Raytheon and Turkish companies for the possible procurement of missile defense systems.

While the companies duke it out for contracts, Turkey has hinted that it would also like to combine various missile defense systems from different countries in order to maximize efficiency, and, as observers have pointed out, maximize leverage in negotiations.

But US officials are not keen on the idea of sharing their technology with potential adversaries. While in Ankara early last year, US Defense Secretary Robert Gates said that any purchase of missile systems by Turkey should be in coordination with NATO's defense systems. He said Turkey should discuss this issue with its NATO allies.

When asked by Today's Zaman about the willingness of Lockheed Martin to operate interoperably, Cavin said, "Interoperability is a key element of our allies and US defense architecture." Referring to the ability of the PAC-3 systems to operate with the input of additional technology from other firms, Cavin added, "But, if you talk of inter-operability with respect to people who are not yet our allies, then that's a separate issue and it involves a lot of government policy decisions."

Understanding this rationale would seem to be straight forward enough: Interoperability involves the exchange of intellectual property and other sensitive data -- data that countries with longstanding hostilities would be reluctant to share.

"You have to buy for the long haul, and Lockheed Martin will be here for the long haul," says Cavin. "We have proven this with the F-16, which was one of the first offshore production products and which enjoyed significant contribution from Turkish Aerospace Industries [TAI]. Lockheed Martin has been here the whole time. We are a solid, accountable company who value the products we produce and our customers."

Why does Turkey need such an elaborate missile defense system? According to Lockheed Martin, the reason lies, at least in part, with the threats posed by a number of Turkey's neighbors. Most of the global "bad actors," including Iran, have been developing short-range and long-range tactical missiles. Any appropriate response, the argument goes, has to be built on a layered defense.

"We use a combination of mid-course intercepts, high terminal intercepts and lower terminal intercepts. Systems that fit that category are the Patriot PAC-3 missile for shorter-range missiles. The Thaad system takes on medium range and some shorter-range intercontinental. And then the SM3 for the mid-course," Cavin explained, emphasizing that if a target is engaged far enough out, a number of stop-gap measures can be implemented that can discriminate to find the real warhead sooner. "Our programs that are in existence today all use hit-to-kill technology (body-to-body technology). This has proven to be the most lethal method for missile defense. … So if you are going to build layered defense, you want to build it around a technology that works, which means you want to build around hit-to-kill."

Posted by Coatepeque at 9:27 PM

that is great topic wish to read more, i hope you share me on my bolg which in same field
www.freightguide.blogspot.com

What is the status of the HQ-9B? This will mean that the PLA will have developed its own version of the Arrow or SM-3. The Infrared imaging seeker will allow the HQ-9 to engage ballistic missile targets in the upper atmosphere. This is a significant development as they will have their own theatre high altitude missile defence system soon.

Kolkata Web Design Company
One of the leading web design company of Kolkata, Acesoftech has been actively involved in web design, web development and Search Engine Optimization services. The company provides you affordable web site design, web site development and Search Engine Optimization services. While there is no chance of compromising with the quality, our prices are most competitive.

e-Definers Technology said...
This comment has been removed by the author.
4:14 AM

Fantastic information, great articles! I'm still not getting everything, but I'm learning and I will read them again and again! Thanks. Good tip with good examples. I would have preferred to see a few more examples that didn't have anything to do with "Website Design Gurgaon." Nevertheless, your advice has me going back to an upcoming post on my own blog so I can "fine tune" the SEO Los Angeles

Congratulations on having one of the most sophisticated blogs Ive arrive across in some time! Its just incredible how significantly you can take away from one thing simply because of how visually beautiful it's. Youve put together a fantastic weblog space --great graphics, videos, layout. This is unquestionably a must-see weblogWeb Design Delhi

automotive differential and drivetrain shop with expert mechanics on staff. We also have the capability to work on large motorhomes and heavy-duty vehicles.

I was looking for Kolkata web Design Company and landed your blog but found very interesting. I liked your blog very much. Thanks for posting such a wonderful contents. Though its not related to my Search Kolkata web design company but really I am impressed with your blog.

We have all seen the occasion,either in person or on television or the movies: the beautiful wedding with all the accoutrements. The beautiful blushing
bride standing next to her nervous, but happy, groom in the flower-adorned religious facility, flanked by the wedding partyin traditional gowns and tuxedos,
being lovingly viewed by the congregation gathered.At the apex of the scene, between the bridge and groom, stands the clergyperson delivering customary and
appropriate words of inspiration.wedding photographers in Philadelphia

These images are really good. Good posting. Keep it up..
Seo forum india