Deja Vu? I hope not.

Seeing those Thai protesters standing on top of a Chinese made Type89 APC give me the chill tonight, it reminded me so much of what happened 20 years ago in Tiananmen. Of course, the today's Thai military is no PLA of 1989, but the similarity is a bit too close for comfort. (I apologize in advance if you are upset by my comment) 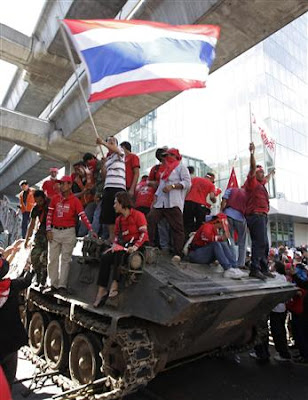 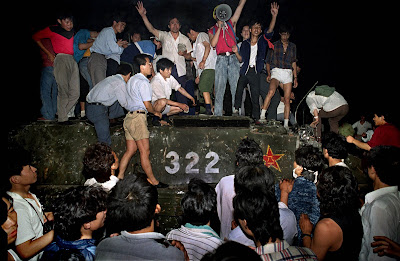 More photos of the Thai force. 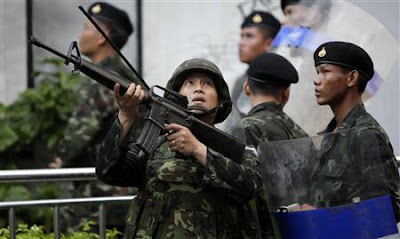 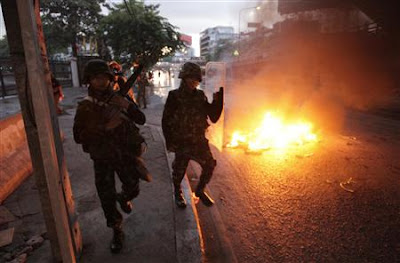 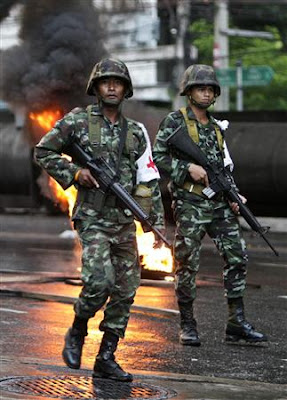 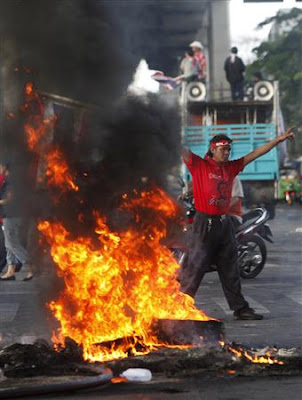 
By Martin Petty
BANGKOK, April 13 (Reuters) - The Thai army cracked down on anti-government protesters on Monday, firing warning shots in a major junction of the capital at activists who responded by hurling petrol bombs at them, a Reuters reporter said.
An army spokesman said soldiers trying to clear a main road in Bangkok were shot at by protesters before dawn, and had fired back. Colonel Sansern Kaewkamnerd told a radio station that troops fired into the air first in response to tear gas and smoke bombs thrown at them by protesters but then fired real bullets.
Prime Minister Abhisit Vejjajiva declared a state of emergency in Bangkok on Sunday after red-shirted supporters of former prime minister Thaksin Shinawatra forced the cancellation of an Asian summit in the southern beach resort of Pattaya

Posted by Coatepeque at 8:27 PM