Photo of PLAAF’s latest specialized Aircraft, JZ-8F takes off with a full afterburn. 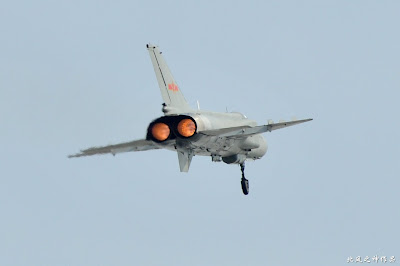 JZ-8F is a recon version of the PLAAF’s J-8F high speed interceptor; it traded J-8F’s four AAMs and one 23 mm Type 23-3 twin-barrel cannon, with 200 rounds for a large centerline recon pod, housing a pair of Optical, Low-Light and Infrared camera. The large antenna just forward of the tailfin suggested other electronic equipments are also installed.

J-8F can only pull 6.9 G at 1000m and 4.7G at 5,000, making it a sitting duck in a dog fight. However, its pair of WP14 engines with 17,198 lb thrust by afterburning enable it to accelerate from Mach 0.7 to Mach 1 in 21 seconds at 1000m to out run its opponents, making it an ideal platform for high speed, low attitude recon missions. In addition to high speed, it is also equipped with an Omnidirectoral RWR and a rear hemisphere nose jammer for self-defense.


77th Reccon Regiment, 26th PLAAF Division is the only known operator of this aircraft.


Like other later models of J-8, JZ-8F is capable of aerial refueling 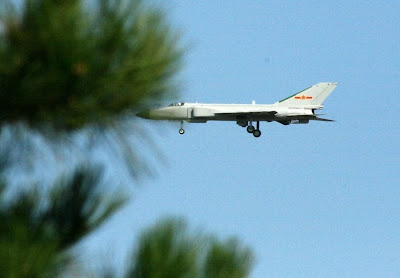