First photos of C-802 in service with the Indonesian Navy 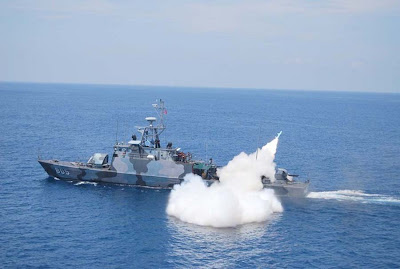 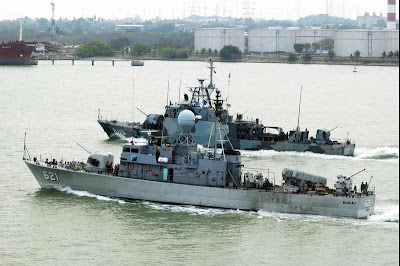 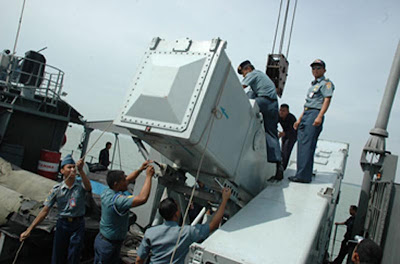 Indonesia and China have embarked on a joint production of various war machines in a bid to help the Southeast Asian country replace its aging warfare equipment and ease dependency on imports.
Indonesian Ambassador to China Maj. Gen. (ret) Sudrajat said Monday the long-term cooperation would cover production of military vehicles, tanks and missiles.
"What we have now is a project to produce missiles," Sudrajat told reporters.
"In this project, the Chinese defense industry will cooperate with BPPT to produce missile launchers and they will work together with PT Pindad to produce the missile's ammunition,"
Sudrajat was speaking after reporting to President Susilo Bambang Yudhoyono on the progress of Indonesia-China relations at the presidential office.
BPPT is the Agency for the Assessment and Application of Technology and Pindad is the Army's arms maker.
The joint production followed last year's signing of a defense cooperation agreement between the two countries on military training and arms production.
Indonesian Defense Minister Juwono Sudarsono held talks with Chinese Defense Minister Cao Gangchuan last month in Jakarta to discuss details of the agreement.
Sudradjat said under the joint production agreement, military equipment ordered from China would be produced at plants belonging to Pindad in Bandung or state shipbuilder PT PAL in Surabaya.
"In their procurement process, the Indonesian Army, Navy and Air Force have struck a deal with Chinese authorities to make some parts of the equipment in Indonesia and by Indonesian companies," Sudrajat said.
The president ordered the Indonesian Military to ground its aging equipment following a series of fatal accidents involving its war machines in the last few months.
Budget constraints have been blamed for the slow modernization of defense equipment in the country.
The 2008 state budget raised defense spending to Rp 36.4 trillion ($3.8 billion), but most of the money will be spent on military personnel's welfare.
The government said it was also reluctant to embark on credit export facilities offered by some Western countries for fear of criticism around further accumulation of fresh foreign debts.
Chairman of the House of Representatives' Commission I on security, defense and foreign affairs Theo Sambuaga hailed the start of joint Indonesia-China production of military equipment.
He said the move was a solution to Indonesia's budgetary limitation to replace aging warfare equipment.
"Gradually, we should replace our aging defense equipment," Theo said.
"As we have budget constraints, we should be able to buy them from local companies and only embark on foreign purchases if we really can't produce them.
"That's why joint production is the best option to empower our defense industry," he said.