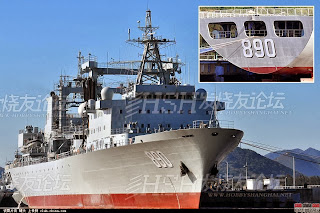 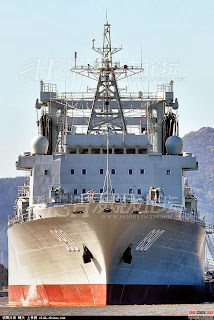 ZHOUSHAN, Sept. 12 (Xinhua) -- A supply ship was commissioned for the East China Sea fleet of the People's Liberation Army (PLA) Navy on Thursday.

The supply ship Chaohu is a Chinese-made ocean-going vessel capable of replenishing both dry and liquid cargo, said Zhang Weidong, the ship's captain.

The ship, with hull number 890, successfully completed supply missions to two naval vessels during a trial voyage conducted recently, according to military sources.

Chaohu has a displacement of more than 20,000 tons and is able to sail to all kinds of sea areas except polar and ice regions, according to Zhang.

JIDDAH, Sept. 16 (ChinaMil) --- The comprehensive supply ship “Taihu Lake” of the 15th escort taskforce under the Navy of the Chinese People’s Liberation Army (PLAN) arrived at the Jiddah port in Saudi Arabia for a five-day-long in-port rest and replenishment at 09:00 on Sep 14, 2013, local time.

This is the first time for the ship to berth at a foreign port since it was commissioned to the PLAN.

The “Taihu Lake” ship is China’s independently-developed new-type large ocean-going comprehensive supply ship. It has a length of 178.5 meters, a beam of 24.8 meters and a displacement of 20,000-odd tons, and it can carry 11,000-ton supply materials.

The ship was commissioned to the PLAN in June, 2013, and began carrying out missions of the 15th escort taskforce since August 8, 2013.

Up to now, the comprehensive supply ship “Taihu Lake” has sailed continuously for 38 days. It has supplied the amphibious dock landing ship “Jinggangshan” and the guided missile frigate “Hengshui” of the taskforce with 1,790-ton fuel oil, 114-ton fresh water and nearly 6-ton dry goods including vegetables in 5 times, and it has escorted 23 ships in five batches, found and expelled 3 suspected pirate boats in 2 batches, and offered emergency medical assistance twice.

During the in-port rest and replenishment this time, the “Taihu Lake” ship will be supplied with 39 varieties of 6 categories of vegetables and dry goods, and meanwhile, the warships “Jinggangshan” and “Hengshui” will undertake the escort mission in the Gulf of Aden.

It is learnt that the “Taihu Lake” ship will berth monthly in the future for replenishment of such materials as fuel oil, fresh water and vegetables.

Taihu only commissioned in June 2013 and now it is rushed into a foreign deployment.  It goes to show how desperate the PLAN is regarding the need of Replenishment Tankers. 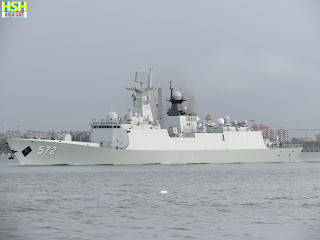 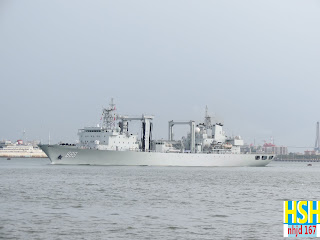 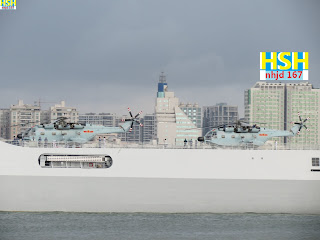 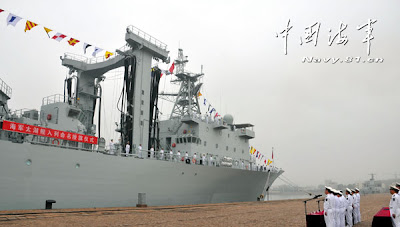 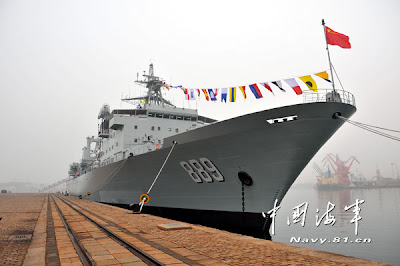 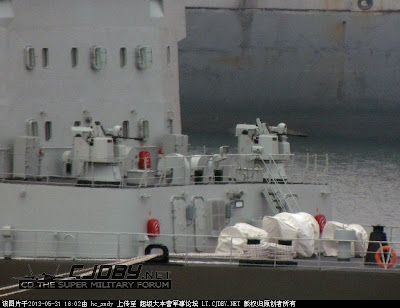 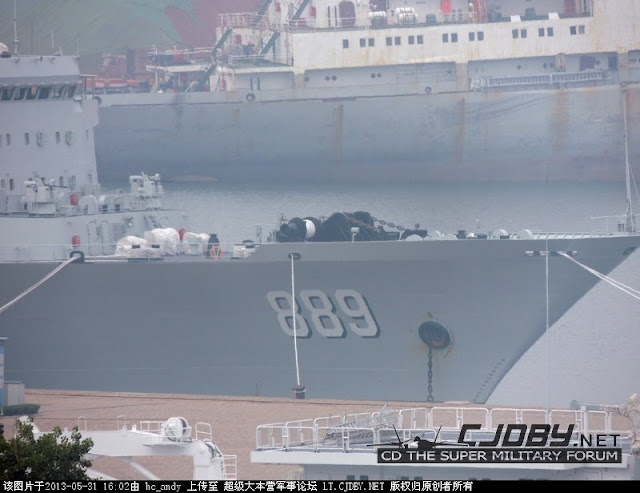 Here is the latest photo from Guangzhou on the second Type 903 AOR under construction there. 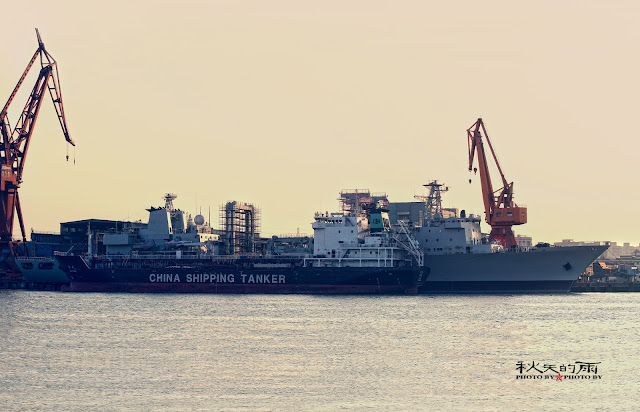 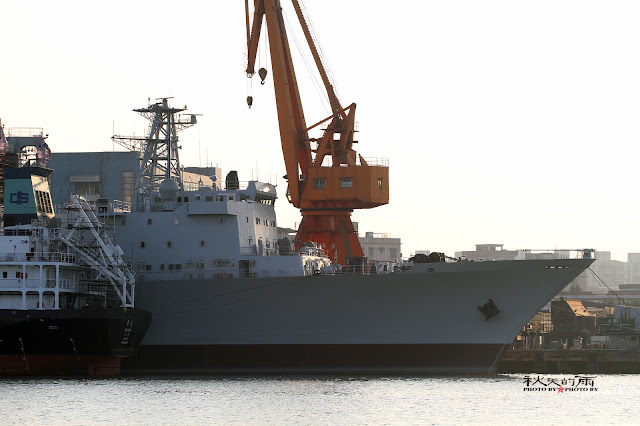 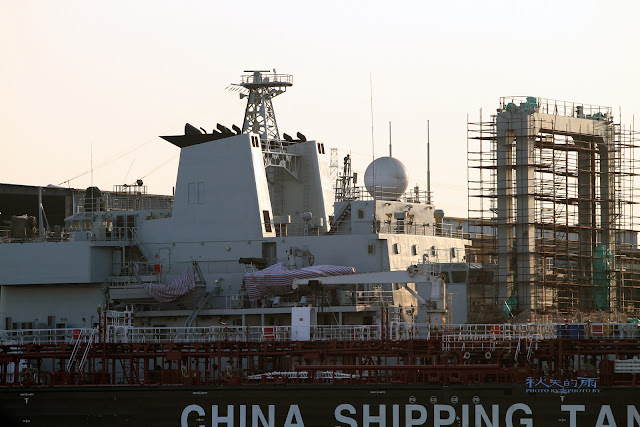 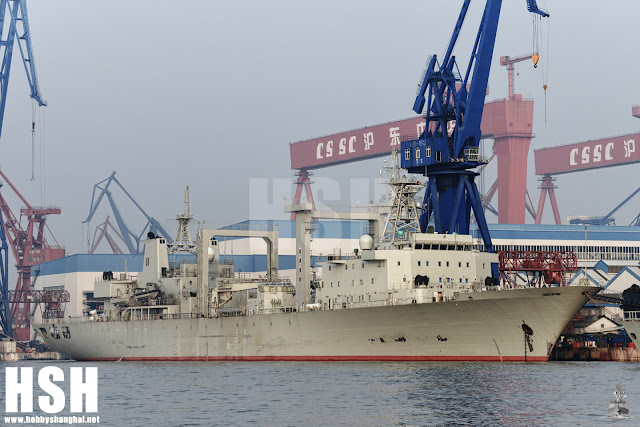 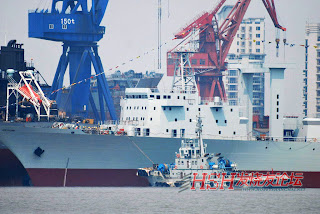 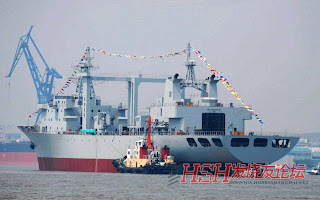 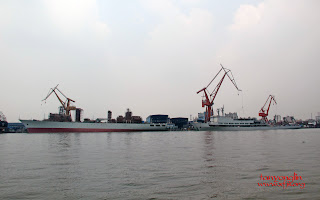 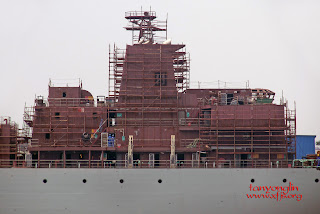 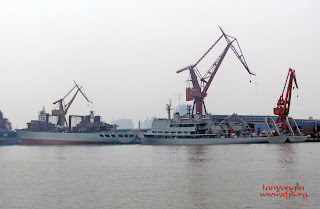