Photos of the day: J-11 of the 6th Air Regiment, 2nd PLAAF Diviision in Thailand 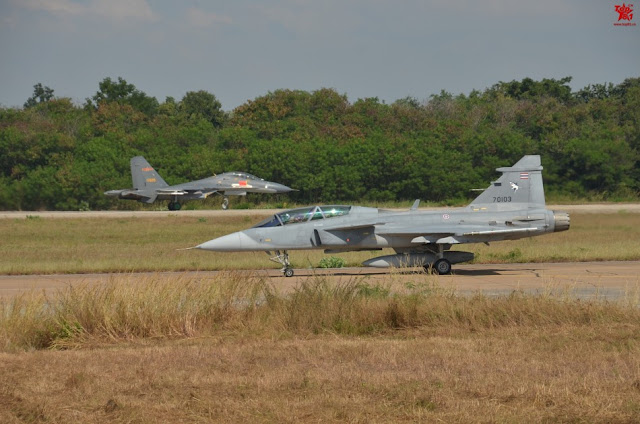 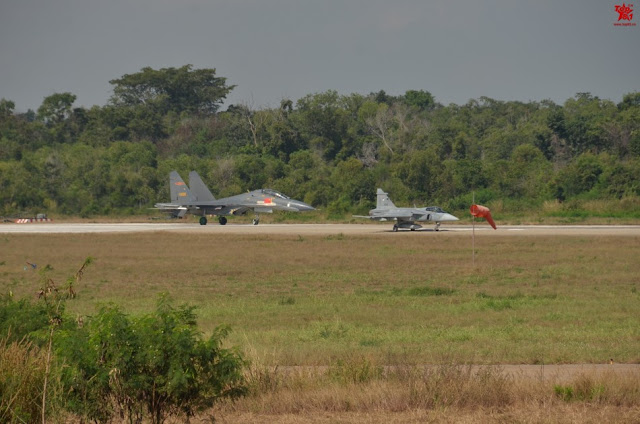 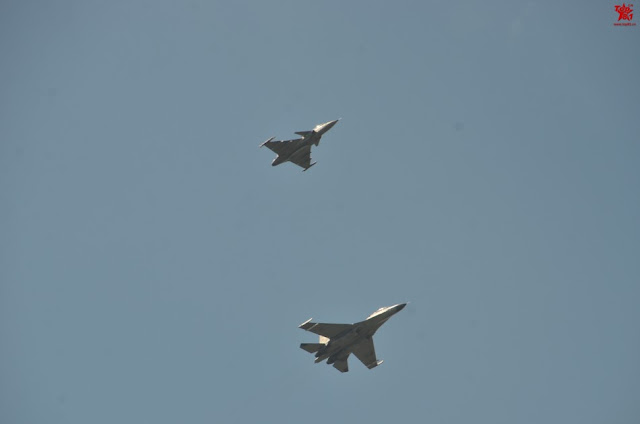 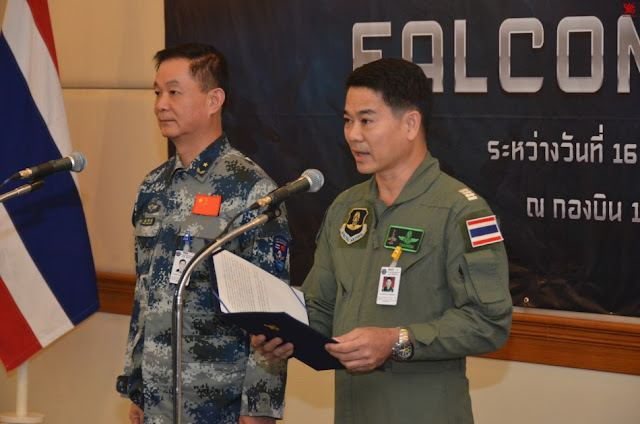 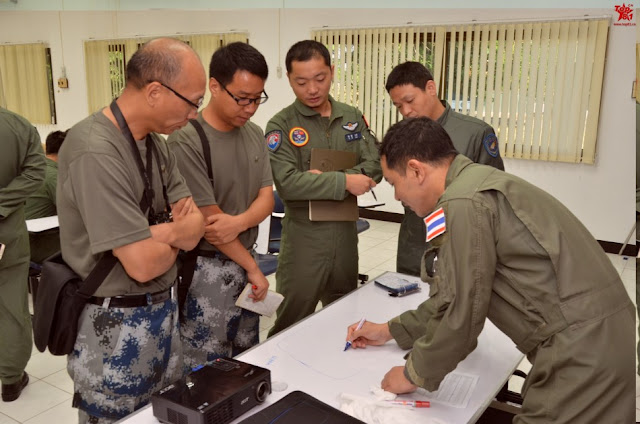 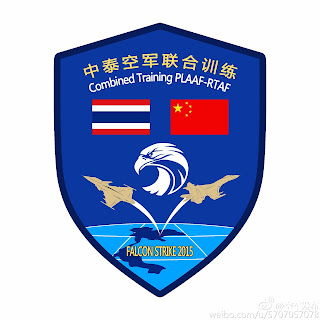 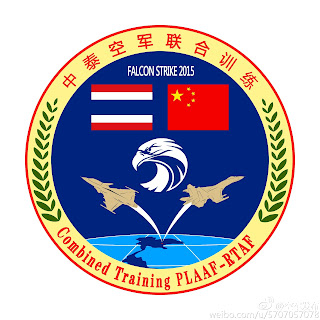 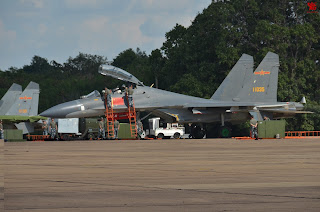 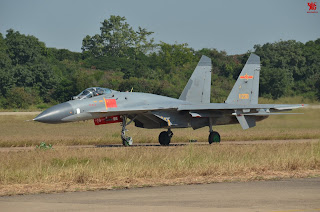 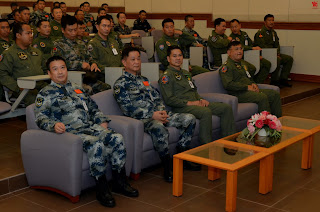 BEIJING, November 23 (ChinaMil) -- Colonel Shen Jinke, spokesperson for the Chinese People's Liberation Army (PLA )Air Force, said in Yunnan Sunday that upon the invitation of the Thai Air Force, the Bayi Aerobatic Team of the PLA Air Force flew to Thailand on November 22 to perform acrobatic flights at the closing ceremony of the "Eagle Strike-2015" joint training exercise between Chinese and Thai air forces.

It was the third time that the Bayi Aerobatic Team performed in foreign countries after the Moscow International Aviation and Space Salon in 2013 and the Langkawi International Maritime and Aerospace Exhibition (LIMA) in 2015.

Seven J-10 planes of the Bayi Aerobatic Team took off at an airport in Yunnan at 9:00 on November 22, Beijing time, and arrived at the Korat air base in Thailand at about 10:00, local time. It is learnt that the Bayi Acrobatic Team is scheduled to put on two flying performances at the closing ceremony of the "Eagle Strike-2015" joint training exercise between China-Thailand air forces. Lt. Gen. Zhuang Kezhu, commander of the air force under the PLA Beijing MAC, saw off the Bayi Aerobatic Team on the same day. He said that China and Thailand are friendly neighbors.

According to Shen Jinke, the "Eagle Strike-2015" joint training exercise, which kicked off at Thailand's Korat air base on November 12, has enhanced the mutual learning and understanding between the aviation troops of the two air forces and deepened the practical cooperation between Chinese and Thai militaries.

Shen expressed that this year marks the 40th anniversary of the establishment of diplomatic ties between China and Thailand. The two countries have enjoyed long-standing friendship and their air forces have carried out a series of military exchanges and achieved great results in recent years.

After the PLA Air Force Bayi Acrobatic Team ended the performance at LIMA in March 2015, it flew back to China via Thailand, and the Thai Air Force assigned JAS 39 Griffin fighters to escort the team, demonstrating the sound cooperation between the Chinese and Thai air forces, Shen added.

Feng continued that the Bayi Acrobatic Team designed 19 acrobatic moves according to the features of the airport environment and developed four schemes based on the meteorological conditions, so as to present an amazing "sky dance" for the Thai people.

"The PLA Air Force is willing to strength the exchanges and cooperation with foreign air forces and make active contributions to the lofty cause of peace and development of the human society", according to the spokesperson.