This new warship is the third Type-052D guided missile destroyer independently developed and built by China. Together with the Kunming (Hull No. 172) and the Changsha (Hull No. 173), all the three Type-052D guided missile destroyers of China, which are good at regional air defense and attacking surface targets, belong to the South China Sea Fleet.

Does it mean that such deployment is related to the current South China Sea situation?

According to Du Wenlong, a researcher from PLA’s Academy of Military Sciences (AMS), as China’s most advanced guided missile destroyers, the more complex combat environments will surely facilitate the three Type-052D warships to verify their combat effectiveness so as to allow their problems and shortcomings to be exposed as soon as possible for future improvement.

There also have been media reports predicting that the strong-firepower Type-052D destroyers will play an important role in China’s future aircraft carrier battle groups.

Du made positive comments on the media reports by saying that the aircraft carrier is vulnerable to various kinds of fire attacks and it is a must for warships with powerful anti-submarine, anti-ship and air defense capabilities to act as its escorts.

Multipurpose is the most prominent feature of the Type-052D guided missile destroyer with an integration of capabilities of air defense, anti-ship, anti-missile and anti-submarine. So, the Type-052D destroyers are the most suitable warships to join China’s aircraft carrier battle groups to date, Du concluded. 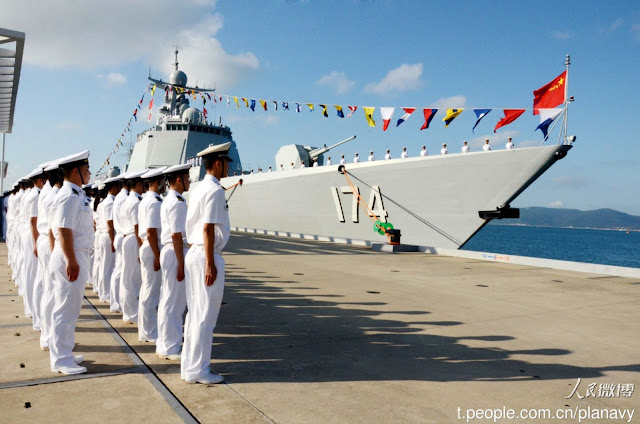