In this recently 31st Group Army (or Combined Corps as they are now called) exercise,  a Zubr LCAC is offloading 5 ZBD-86B IFVs (Chinese BMP-1 mod) and a Type96MBT (similar size to a T-72 at ~42Tonnes), while the latest PLA Army IFVs is storming the beach on their own.   Perhaps they wanted to refine the  Zubr LCAC's SOP with known quality of Soviet goods before adding the newer and heavier Chinese IFV into its operations. 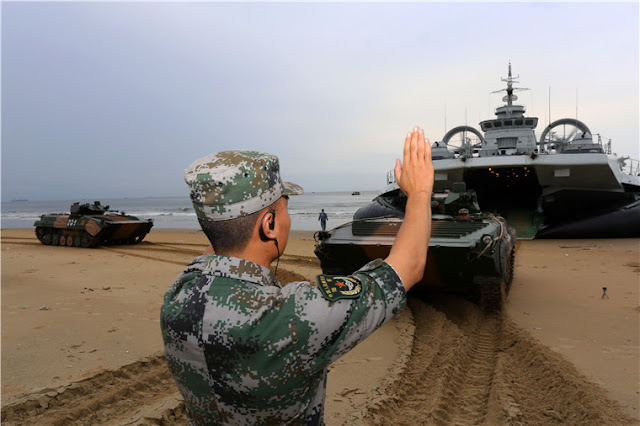 A ZBD-86B infantry fighting vehicle (IFV) pulls out of a LACA during a beach landing training exercise on May 14, 2016. A landing ship flotilla with the South China Sea Fleet of the PLA Navy has been engaged in beach landing training in an undisclosed sea area of the South China Sea for several days in mid-May, 2016. The training highlighted the coordination between the crew of Landing Craft Air Cushion (LACA) and the troops of armored units in the loading and unloading of armored hardware. (81.cn/Xu Miaobo) 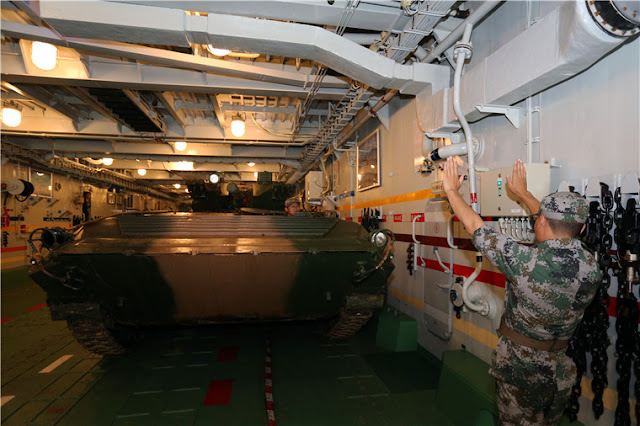 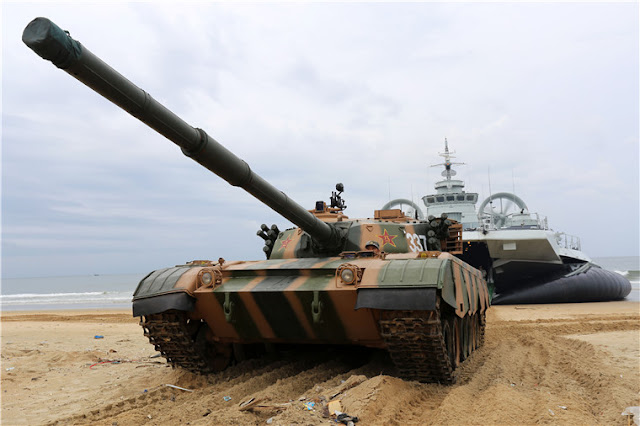 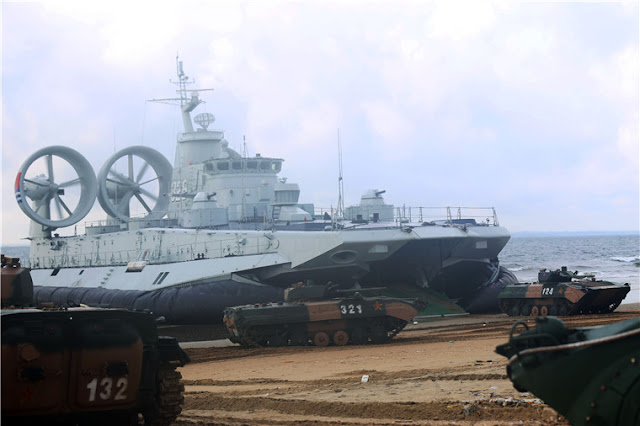 BEIJING, May 19 (ChinaMil) -- The 31st Combined Corps of the Chinese People’s Liberation Army (PLA) conducted 3D landing and assault drills in a sea area in south east China with the troops mixed into composite battalions.
The composite battalion is the basic combat strength module of the PLA Army. In accordance with operational capability and mission requirements, troops from more than 10 kinds of arms including infantry, armored force, artillery force, special operations force, army aviation force and electronic warfare force were grouped into composite battalions undertaking different tasks such as target seize and control, fire assault and sabotage operations. These combat modules are more flexible, adaptive and greater assault strength.
Chen Xiaoming, commander of a regiment, the 31st Combined Corps, said that in the exercise, operations of composite battalions were conducted with support of the joint operations system. The purpose of the drill is to comprehensively test and enhance the combat capabilities of the troops in mobile and three-dimensional offensive and defensive operations 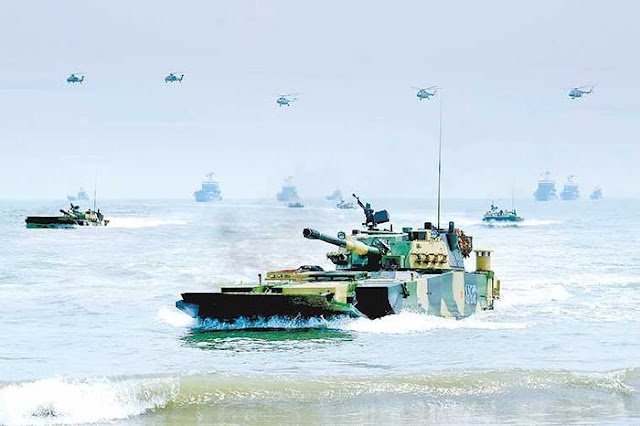