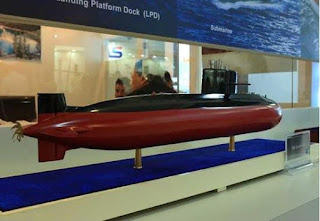 In addition, the conference was an action to promote timely and high quality export projects, Hu said.

Reuters reported back in April that Pakistani Prime Minister Nawaz Sharif approved the deal and called the deal could be "one of China's largest overseas weapons sales once it is signed".

The deal could cost between 4 billion to 5 billion USD, Reuters quoted a Financial Times report.

When being asked about the deal last year, China's Foreign Ministry spokesperson Hua Chunying said:" China and Pakistan are neighbors of traditional friendship with close cooperation in various fields. The normal cooperation between the two sides in the field of military industry and trade is in line with their respective international commitment".
Posted by Coatepeque at 10:49 AM