Update: Since the publication of this article, Chinese reporting on the Army Aviation brigades in the new 74th and 75th Group Armies indicates that the 74th GA has been formed around units primarily from the former 42nd GA, not the 41st as previously reported, and the 75th GA has taken over units from the former 41st GA, instead of the 42nd.
In November 2016, Chinese internet sources showed photos of a ceremony in the (former) 13th Group Army of the People’s Liberation Army (PLA) Army accepting the 1,000th helicopter into the force (NetEase, May 23). This nice round number demonstrates the growth of the Army Aviation Corps over the past decade. Along with Special Operations Forces (SOF), Army Aviation is one of the “new-type combat forces” given priority for development. The increase in the number of Army helicopters accompanies the expansion of the force in the latest round of reforms. [1] In roughly a month’s time, half of all Army Aviation units have experienced some sort of organizational change. However, even as the numbers of helicopters rise, the size of the Army Aviation force is still small for a ground force that will probably number around a million personnel by 2020. [2] The recent changes are an attempt to improve and expand a force that underpins a number of important capabilities from tactical mobility and special operations to logistics support.

For rest of the article, please visit Jamestown (here) 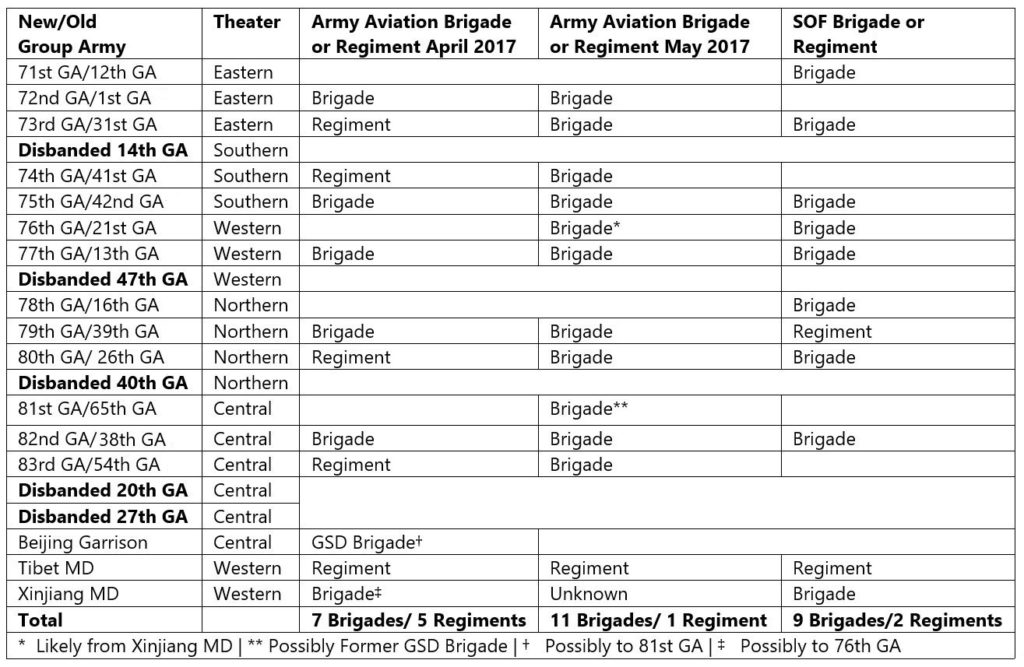 Posted by Coatepeque at 2:41 PM

Please continue this series of articles concerning the PLA ORBAT. Most informative.