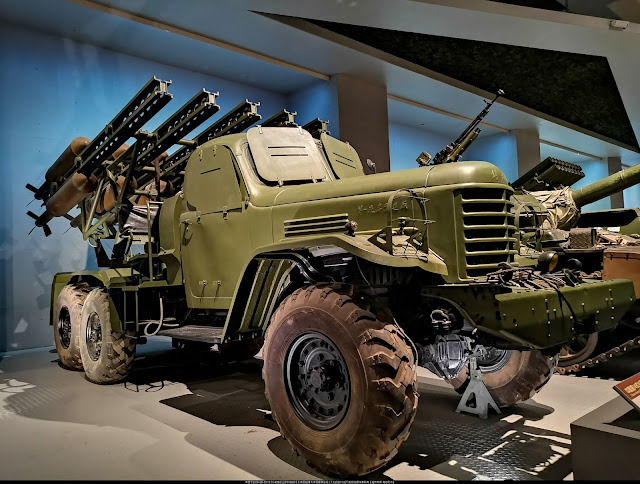 It was developed from the Russian Katyusha rockets of WW2 vintage with an emphasis in increase  payload at reduced range. The system was in PLA service from the late 1960s-early 1970s to its retirement in 2000s. In its primary mine laying role, each rocket carries 10-20 small AT scatter mines. In the mine clearing mode, the rockets have either conventional high explosive or fuel-air explosive warhead with a long nose prob to detonate it few feet above ground. The overpressure allows it to trigger or disable surface laid or buried mines. Both type of rockets typically have 3000-4000m range.
Posted by tyan at 11:12 AM