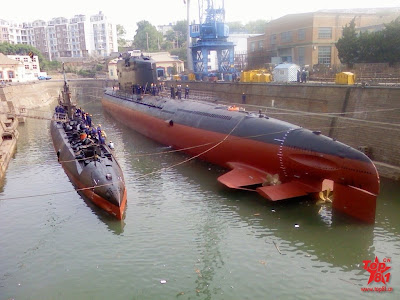 PLAN’s single Golf class BAMmer (a term coined by our friend Desperado6) was believed to be decommissioned and has not been seem in public for sometime. It is back with new screws and paint job.

Such an extensive refit clearly suggests it is not gearing as a tourist attraction at a local museum.

Oh, I promise, I won’t make any Tiger Wood jokes.

Initial Chinese efforts to create a sea-launched nuclear-missile system used two large Project 629 GOLF missile-armed diesel-electric submarines and seven R-11F liquid-propellant missiles which had been transferred from the USSR in the early 1960's. But work on these sea-launched missiles encountered a vaariety of problems.

In 1967 American intelligence sources identified a G-class submarine being constructed/assembled at Lu-ta Shipyard and later based at Hsiao-ping Tao Naval Base. It measured 320 feet in length.

By the early 1970's China recognized that continuation of the Project 629 effort was pointless. Chinese development of a nuclear powered ballistic missile submarine began with a single GOLF class submarine. This conventionally powered ballistic missile boat was committed as a test platform role in developing a new missile of Chinese design. By 1972 US intelligence had evidence of land based ejection facilities as well as construction of an off-shore tube launcher for underwater ejection tests.

Here are some older photos of the golf from my collection. 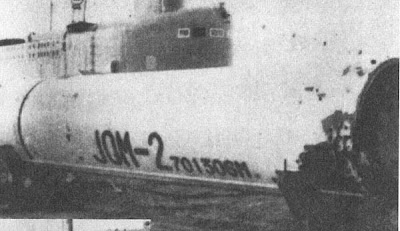 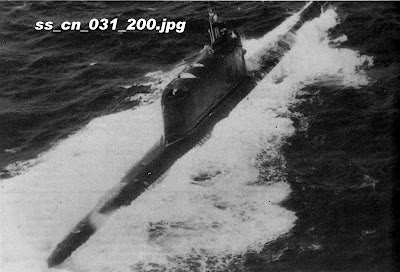 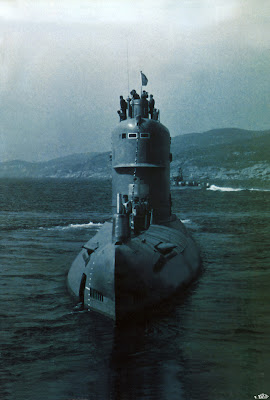 Posted by Coatepeque at 1:22 PM

Hope the 50yr old sub doesn't sink when carrying out the tests.

Yup, I still don't understand why they continue to milk that old boat.