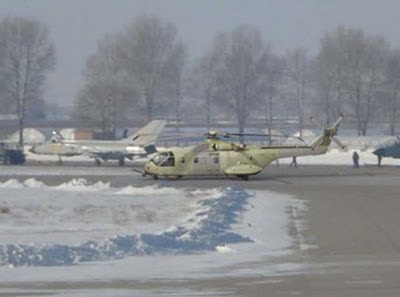 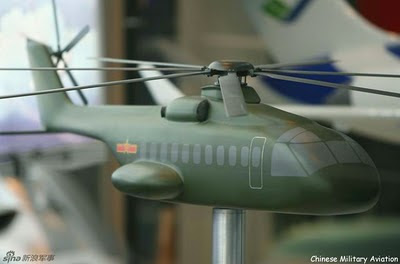 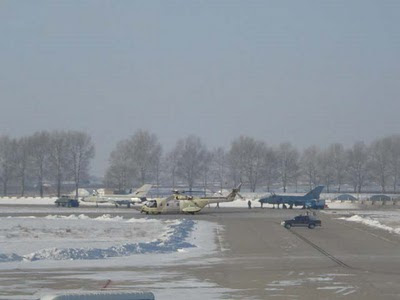 In what appears to be yet another incredibly compressed development timeline, pictures emerged today of a prototype "20 ton" class helicopter with mounted towbar on a Chinese taxiway. A mere 15 months ago Russian arms maker Oboronprom and China's AVICopter signed a memorandum to jointly develop a civilian heavy helicopter based on the Mi-46.

At the time the agreement was signed, the Mi-46 was reported to be still in the blueprint phase, so this rapid prototyping is quite remarkable. While Oboronprom has referred to the planned Mi-46 as having a takeoff weight of 30 tons, the phrase "20 ton" has long been used in Chinese writings to designate the future helicopter meeting the operational requirement in this weight class. It remains to be seen what the actual specifications of this aircraft are.