While the inside story of White House's decision to offer C-130 to China "to be used in oil spill response operations at sea" remains unknown. one thing seems to be certain, other folks are lining up to sell.

ROME - The CEO of Italy's Finmeccanica has said he would like to sell his firm's C-27J tactical transport aircraft to China, given that U.S. President Barack Obama has proposed the sale of C-130s to China.

China "is a country we are focusing on," Pierfrancesco Guarguaglini told Reuters on Oct. 18. "America has decided that it can sell the C-130 transport aircraft, which means we can sell the C-27J," he said.

Obama this month asked the U.S. Congress to lift a ban on export licenses for Lockheed Martin C-130s set to be used in China as part of operations to clear oil spills at sea. The C-27J, which was designed as a smaller version of the C-130J, has been sold by Finmeccanica to customers including the U.S.

Guarguaglini said that Italy's law on defense exports, known as Law 185/1990, would currently rule out selling the C-27J to China.

"We have certain limits thanks to law 185. If we get rid of these limits, China will also become a market for military sales. Otherwise it will remain a market for civil sales," he said. 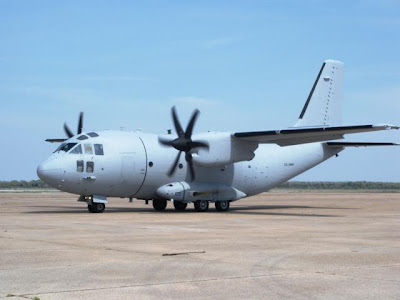