Both North Korea and Vietnam are hosting their largest military display in years -- The Koreans are marking the 65th anniversary of the their Workers Party, while the Vietnamese parade is part of a ceremony for the city of Hanoi's millennium celebrations. Guess which parade draws most attention? 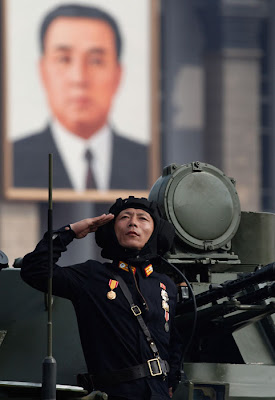 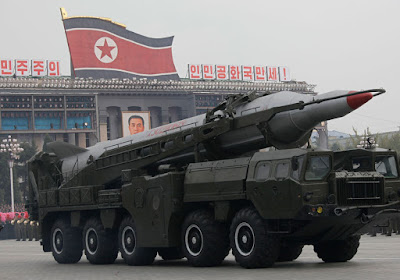 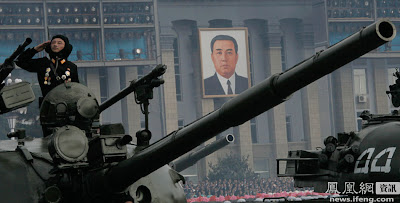 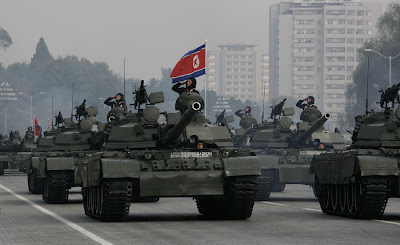 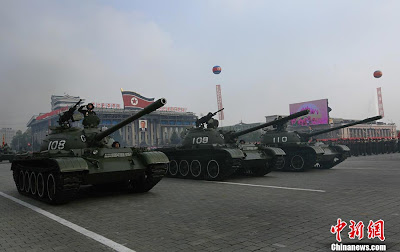 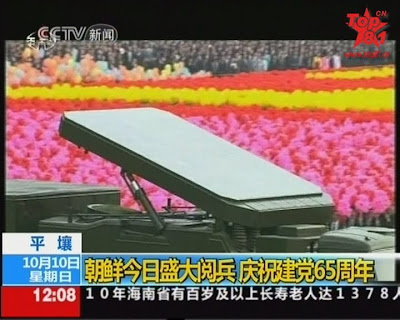 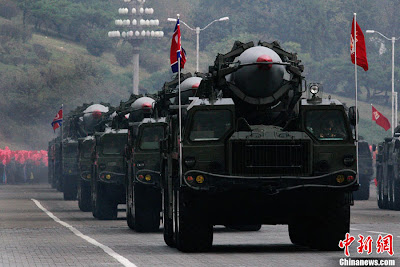 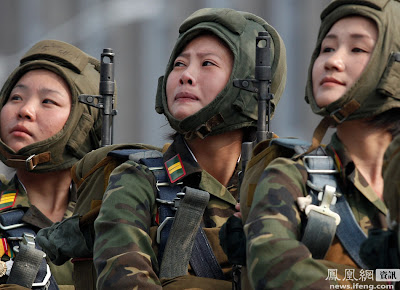 So many comrades, so little time. What's a young general to do? 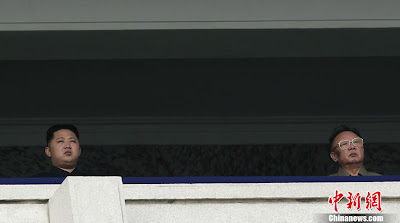 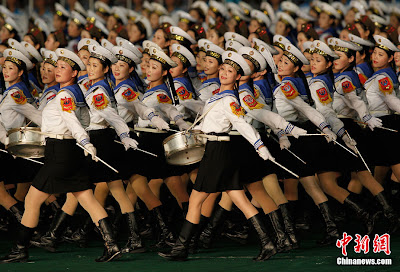 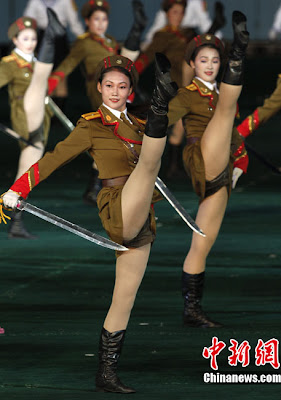 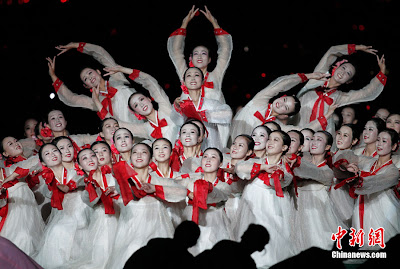 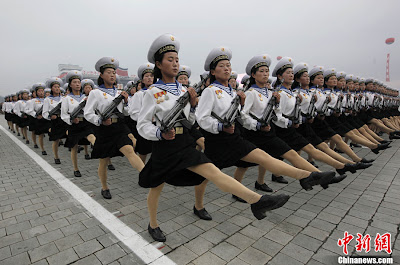 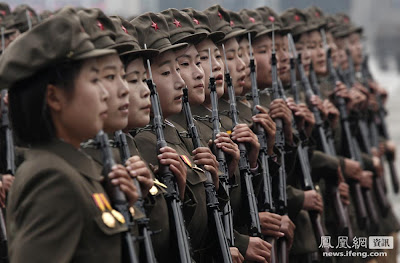 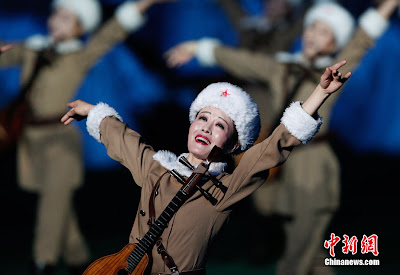 HANOI — Thousands of goose-stepping soldiers marched past the tomb of Vietnam's founding president Ho Chi Minh on Sunday for the country's largest military display in years.

The parade, part of a ceremony for the city of Hanoi's millennium celebrations, is a display of national pride that also sends a subtle message to Vietnam's giant neighbour China with the two sides in dispute over territory in the South China Sea, an analyst said.

A cross-section of society including workers, youth, ethnic and religious groups joined the parade, which officials said involved almost 40,000 people.

"A lot of blood flowed... to have a Hanoi as we have today," President Nguyen Minh Triet told the gathering.

"The Vietnamese people love peace... but do not submit to brute force and violence."

The display began under overcast skies when 10 Russian-made military helicopters flew past carrying the national flag and the communist hammer-and-sickle banner.

Communist Party leaders waved from their perch atop Ho Chi Minh's mausoleum as white-gloved troops and police in an array of green, blue, white and brown uniforms followed in tightly formed blocks, their legs kicking high.

The troops included fatigue-clad special forces members with assault rifles, and ethnic-minority militia women in traditional dress with rifles slung over their shoulders.

There were no heavy weapons and the military component occupied only a part of the 90-minute programme which included lion dances and depictions of Vietnamese history.

But the parade sends a message that "Vietnam is not a place that you want to attack", said Carl Thayer, a Vietnam specialist at The University of New South Wales in Australia.

Much of Vietnam's military hardware is antiquated but it is seeking to upgrade its forces as the sovereignty dispute simmers with China.

In December, Vietnam and Russia signed a major arms deal reported to involve the purchase of six submarines.

That agreement was followed in July by Russia's announcement that it would sell 20 Sukhoi SU-30MK2 fighter planes to Vietnam.

Hanoi last week demanded the release of a vessel and its crew seized by China one month ago while fishing in the Paracels archipelago.

The two sides have conflicting claims to sovereignty over the Paracels and Spratlys, two potentially resource-rich archipelagos in the South China Sea.

Although the dispute is a long-running one, China's increasingly assertive presence in the South China Sea has sparked concern not only in Vietnam but neighbouring nations as well as the United States.

China was enraged when Japan last month arrested a Chinese trawler captain at another disputed island group in the East China Sea. Japanese prosecutors released the captain after weeks of intense pressure from Beijing.

Communist Vietnam routinely celebrates major anniversaries with pomp and ceremony as a way for the ruling party to affirm its legitimacy, but also to help shape national identity and pride, said Thayer.

For Nguyen Thi Binh, deputy head of a high school, the parade showed "our military power. I feel very moved".

Thousands crowded city streets hoping to catch a glimpse of the procession and many, such as Nguyen Van Tuan, 42, had come from the countryside.

Vietnam has a proud military tradition dating back more than 1,000 years to the defeat of Chinese occupiers. More recently, communist forces defeated French colonialists in 1954 and then beat American troops to reunify the country in 1975.

"The military is popular. It's a people's army," Thayer said.

King Ly Thai To moved the capital of Vietnam to Hanoi in 1010 and called it Thang Long, or "soaring dragon", symbolising the desire for independence after a millennium of Chinese domination. 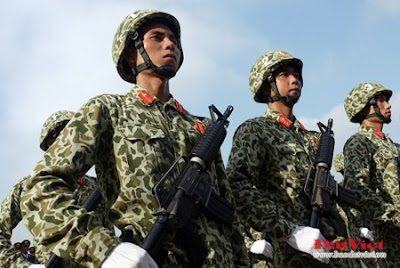 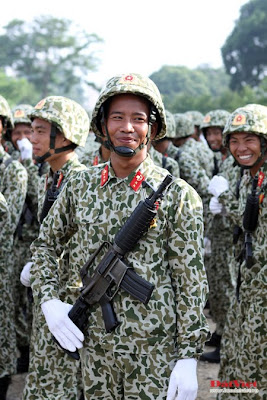 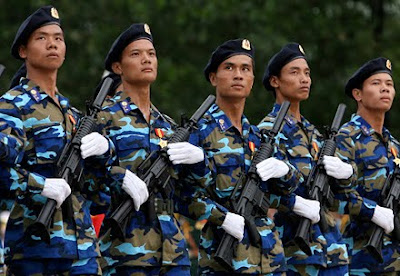 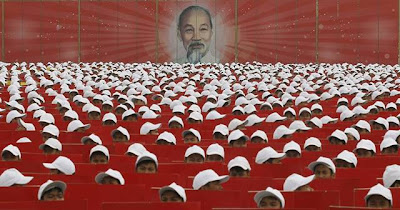 What specific AR-15 variant do the Vietnamese have there? I wasn't expecting to see any at all to be honest

I believe they were supplied by Israel

Does North Korea ever release their parades on DVD? If they do, I'll have 2 of this one please...thank you!