In this latest Chinese manhunt, the new Type95-1 5.8mm rifle is featured. It is interesting to note that the PAP is getting new gears faster then some of the elite PLA infantry formations. 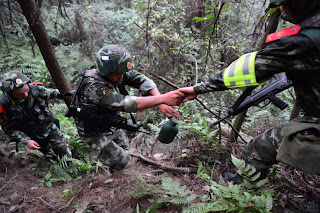 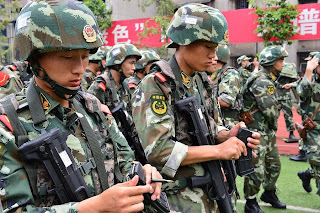 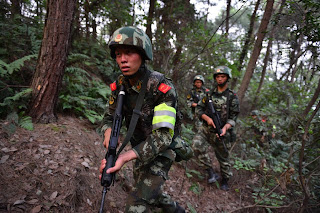 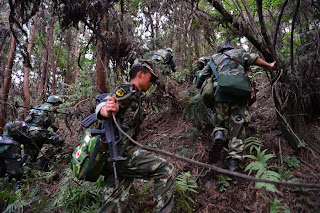 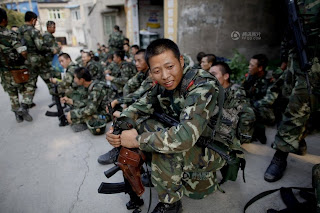 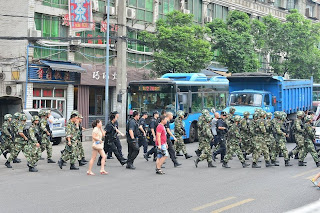 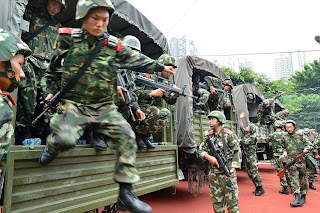 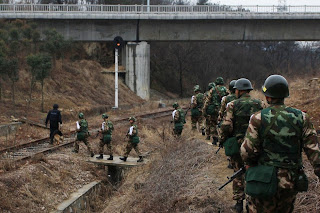 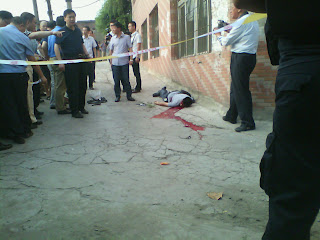 
(Reuters) - Chinese police in the southwestern city of Chongqing shot dead a fugitive serial killer and armed robber on Tuesday after a massive manhunt aimed at reassuring people the government would continue a crime crackdown begun by sacked party boss Bo Xilai.

Zhou Kehua, 42, who was responsible for nine deaths across several provinces, was finally cornered and shot dead at a Chongqing shoe factory around dawn, the official Xinhua news agency said, in a case which has gripped the country.

Keen to put on a show of strength after the sacking earlier this year of Chongqing's controversial Communist Party head Bo, who led a high-profile crimebusting campaign, authorities mobilized thousands of police to catch the killer.

Zhou had been implicated in robberies and killings in three provinces dating back to 2004, and resurfaced last week to shoot dead a woman outside a Chongqing bank, Xinhua said.

Chinese news portals showed a lurid picture provided by the police of Zhou sprawled on the ground with blood streaming from his head.

Gun crime is rare in China as a result of tight controls over firearms.

The hunt for Zhou has been the most popular topic on China's Twitter-like microblogging site Sina Weibo for the past few days, and has dominated the news.

Posted by Coatepeque at 1:50 PM

Not surprising considering PAP is the only unit seeing action these days.

Thanks for great information you write it very clean. I am very lucky to get this tips from you.